Why The World Needs The New ESA From NXTCOMM

There’s a new entrant in the competitive field of aviation antennas, and its name is NXT Communications Corporation, otherwise known as NXTCOMM. Given the crippling environment faced by the inflight connectivity sector, one which has brought about the demise of OneWeb and signs of financial stress in other providers, now might seem an odd time to launch a new enterprise. That is, unless you have some of the industry’s biggest brains at the helm, equipped with bucketloads of enthusiasm for their first product.

With a background including Panasonic Avionics and Global Eagle, Dave Horton’s two decades of experience in the aerospace and satellite industries make him the ideal leader for this ambitious startup. He is flanked by newly appointed CTO Carl Novello, who has a similarly impressive resume, including names like Kymeta, Intelian and Panasonic in his history.

Simple Flying had the pleasure of sitting down with these two industry veterans to find out what sets NXTCOMM apart, and why the world needs the AeroMax antenna.

In a nutshell, AeroMax is a flat panel antenna designed for aviation, the design of which was revealed just a couple of weeks ago. On the outside, it looks very similar to other low-profile antennas either on the market or in development. However, as Horton tells me, when you look under the hood, this antenna has been built to solve a lot of the problems facing inflight connectivity right now.

“What’s unique about our technology is the aperture itself, and when we talk about apertures, in this case, I mean specifically the part of the antenna that faces the satellite.”

What followed was a certifiably geeky discussion about fragmented aperture antennas. To avoid sending our reader to sleep, I’ll summarize this as being a method of making the stuff that points at the satellite a whole lot more efficient, thereby increasing the performance overall.

The Agile Aperture Antenna technology developed by the Georgia Tech Research Institute (GTRI) is fundamental to the success of this antenna. This is not new stuff; the tech has been around for years. But harnessing the power in a flat panel ESA is, and brings exciting improvements over other ESA designs.

The use of wideband technology further complements this notion. A lack of frequency bandwidth is always going to cause bottlenecks in traffic down the line. By using wideband technology, AeroMax has the capability to use all of the band that it occupies. Bottom line, this antenna promises faster connectivity for every passenger on the plane.

The level of confidence that this fragmented aperture will result in better performance was impressive from the team. However, they were reluctant to put a number on the scale of this improvement, at least until they can run some real-life tests. It’s refreshing to see a company avoiding making grand claims, preferring instead to issue real proof of capabilities.

One of the beautiful things about AeroMax is that it is a completely modular antenna. The individual unit is 25cm square but can be joined with other units to accommodate the requirements of different sized jets. For a business jet, for instance, perhaps eight would be ideal, whereas for a commercial aircraft, perhaps 22 would be needed.

Horton likens this to Legos, building the perfect solution through common architecture to meet the needs of specific markets, saying,

“This allows you to basically scale the throughput or the services delivered to that customer at an appropriate level.”

As well as creating something multi-purpose in terms of the aircraft application, NXTCOMM hasn’t limited itself on satellite type either. Right from the start, the team wanted this antenna to be future-proofed, so have created something that is not tied to a particular type of satellite. As Novello explained,

“We’ve been baking this in from the ground up from, from the very beginning to be multi-orbit capable.”

The initial product offer will be a Ku-band antenna, as you might expect. Given it’s the most commonly used band for the aviation market today, it makes sense. However, NXTCOMM fully intends to bring to market a Ka-band antenna swiftly after the initial product launch, securing their spot in the future connectivity market, whichever direction it ends up jumping.

What’s next for AeroMax?

NXTCOMM announced the completion of the design phase of the antenna at the end of June. While that’s a huge step in the right direction, now begins the long process of certification and product testing. The team told me they expect this to begin in September or October this year, with environmental specifications firmed up by the end of Q1 2021.

Beyond that, the team expects things to move fast. Horton told me,

“We are actually in investigation and talks for the securing of an aircraft or our flight testing. That will be something that will be undertaken probably mid 2021 … I think you’ll see an interesting flow of product availability as we move into not only the fourth quarter of this year but substantial releases of products based on unique customer requirements, well through 2021 and beyond.”

And as far as finding customers, NXTCOMM is equally confident that this won’t be an issue. Horton told me how the company has been “pleasantly surprised and very proud” to have raised a solid level of interest from various parties. Partnerships are on the verge of being announced, and the company is keeping its options open regarding working with other suppliers or with airlines direct.

Recognizing the impact of COVID and the potential restrictions on CAPEX for airlines in the coming months, NXTCOMM floated the idea of a capital lease finance option to offset these challenges. However, the team firmly believes that, with the efficiency and performance improvements expected from AeroMax, they can turn a CAPEX issue into OP-EX benefits for the airline.

With some of the industry’s most experienced specialists at the helm of this new venture, we would bank on NXTCOMM to be one to watch over the coming years. 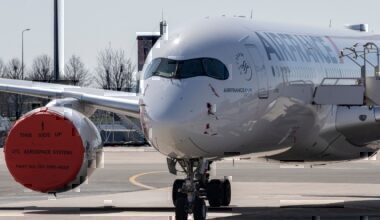 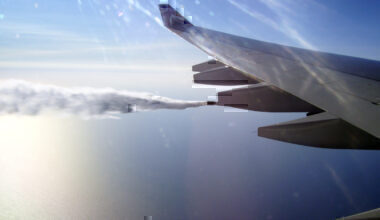