From The Racetrack To The Runway: Niki Lauda And His Airlines

Former racing driver and aviation entrepreneur Andreas Nikolaus ‘Niki’ Lauda would have celebrated his 72nd birthday earlier this week. Widely considered one of Formula One’s greatest ever drivers, Lauda is also known among the aviation community for having founded several low-cost and leisure airlines. Let’s take a look back at his various aviation enterprises.

It would be remiss to write about Lauda’s airlines without touching on his incredible achievements in motorsport. He first made his name in Formula One, before turning his attention to commercial aviation. Lauda won his first world championship with Ferrari in 1975.

He came mightily close to winning a second consecutive title the following year. However, a terrifying accident at the 1976 German Grand Prix saw his title charge come abruptly to a halt. The race was run at the legendary Nürburgring, which drivers had come to know as ‘the green hell.’ With heavy rain falling on the morning of the race, Lauda unsuccessfully appealed to his fellow drivers to boycott the race for their own safety.

Nonetheless, it went ahead, and Lauda suffered a fiery crash on the second lap. This saw him trapped inside his burning Ferrari until several of his fellow drivers were able to stop at the scene and remove him from the wreckage. He suffered extensive burns and inhaled toxic gases, but, despite slipping into a coma, missed just two races.

Lauda bravely returned to action at the 1976 Italian Grand Prix, where he finished in a magnificent fourth place. An interviewee in Paul Crowder’s documentary 1: Life On The Limit described Lauda’s comeback as “the most courageous thing I’ve ever seen.”

The remainder of the season saw a scintillating battle for the world championship between Lauda and James Hunt, which the latter eventually won by one point. Lauda and Hunt’s rivalry and relationship were the subjects of Ron Howard’s 2013 film Rush.

Despite missing out on winning consecutive world championships by such a fine margin, Lauda came back strongly in 1977. This year saw him win the title by a comfortable 17 points, despite missing the final two races after his relationship with Ferrari broke down.

After racing for Brabham-Alfa Romeo in 1978 and ’79, Lauda took a two-season hiatus from racing. It was during this time that he laid the foundations for his first airline, Lauda Air. However, he returned to the sport in 1982 to drive for McLaren, and spent four years there.

In 1984, Lauda won his third and final world championship, finishing just half a point ahead of French teammate Alain Prost. He remains the only driver to have won the title with both Ferrari and McLaren. In 1985, Lauda retired from Formula One for good after finishing 10th overall. Coincidentally, this was also the year that saw the first of his airlines commence operations.

Lauda was a keen pilot, and his foray into commercial aviation represented a logical next step after retiring from F1. Despite having initially been founded in April 1979, Lauda Air did not take off (both literally and figuratively!) until 1985. The Vienna-based carrier initially specialized in air taxi and charter services, flying BAC 1-11 jets leased from Romanian flag carrier TAROM.

Boeing 737s followed shortly after, and, by 1987, Lauda Air had also initiated its first scheduled services. The airline added a raft of long-haul destinations in the late-1980s and early ’90s. These reached as far afield as Cuba, the US, Dubai, Thailand, Malaysia, and even Australia. Lauda Air also had an Italian subsidiary, known as Lauda Air Italy.

Correspondingly, Lauda Air added widebody Boeing 767 aircraft to its fleet in 1990. However, it tragically lost one of these just a year later after flight NG004 crashed after departing Bangkok, Thailand. The accident occurred when the aircraft’s thrust reverser deployed without being commanded to do so, causing the 767 to spiral and crash in Thailand’s Phu Toei National Park.

All 213 passengers and 10 crew onboard died in the disaster. Niki Lauda personally flew out to Thailand to help with the investigation. The accident severely impacted the airline’s long-haul capacity. It added Boeing 777s to its fleet in 1997, before becoming a wholly-owned subsidiary of flag carrier Austrian Airlines in 2000. Lauda Air officially with Austrian in 2012. It retained its brand, before being replaced by ‘Austrian myHoliday’ as the carrier’s leisure brand in 2013.

Lauda founded his second airline, Niki, in 2003. According to a 2004 interview with The Guardian, he used to captain the low-cost carrier’s flights at least twice a week. Like Lauda Air, Niki was based in Vienna, although it also operated out of other Austrian airports such as Innsbruck, Salzburg, and Graz. By 2017, it had even commenced scheduled and charter services to European and North African leisure hotspots from Germany.

It had merged with Air Berlin in 2011, but retained its own identity. Niki was the subject of failed sales to and takeover attempts by Etihad, Lufthansa, and IAG. It eventually merged with Laudamotion, Lauda’s third airline, in January 2018. By this time, it had amassed a fleet of 30 aircraft, almost half of which were operated by TUI fly Deutschland.

Laudamotion came about in early 2018. It had initially been founded as business charter airline Amira Air, before Lauda took it over in 2016. Two years later, it commenced commercial operations thanks to the aforementioned acquisition of Niki.

Shortly afterwards, it was announced that Ryanair would purchase a 24.9% stake in the airline, which would rise to 75% over time. It operated 28 Airbus A320 aircraft, with bases for its low-cost operations in Vienna and Palma de Mallorca. March 2019 saw the airline shorten its name to simply ‘Lauda.’ Niki Lauda then passed away aged 70 in May of that year.

The following year, it began operating its services as wet-leased flights with Ryanair flight numbers. Finally, in October 2020, the airline ceased its operations and had its assets handed over to a Maltese company known as Lauda Europe. According to Planespotters.net, this group presently owns 29 A320s with an average age of 13.9 years.

Niki Lauda’s passing shook the motorsport community in 2019, and quite understandably so. However, in examining his exploits in the fields of both motorsport and aviation, one can take comfort in seeing a hugely talented man who, despite the adversity of his terrifying 1976 accident, lived a very determined and full life indeed.

Have you ever flown with one of Niki Lauda’s airlines? Alternatively, if you’ve flown with more than one, which was your favorite? Let us know your thoughts and experiences in the comments! 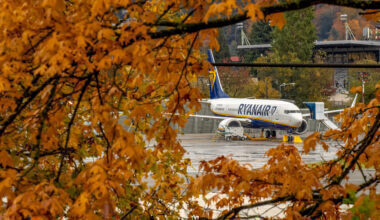 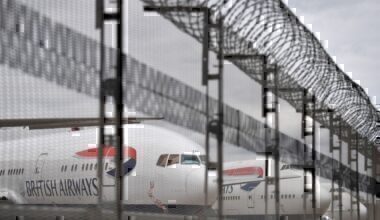 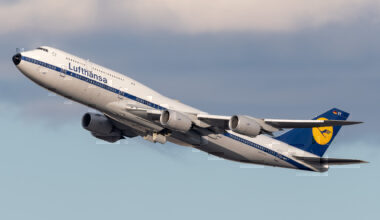 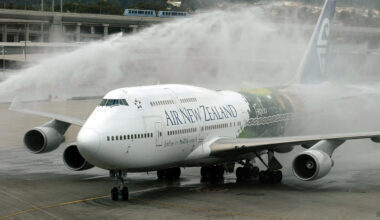