What Are North Atlantic Tracks And Why Are They Important?

If you track aircraft using, for example, Flight Radar24, you will know that there are radar blackspots. For example, between Thailand and India and across a large part of the Bay of Bengal. The same is true of the North Atlantic; there is no radar coverage for much of that area How, then, do so many flights navigate safely, all day, every day from Europe to North America and back again? The answer is North Atlantic Tracks.

What is the North Atlantic Organized Track System (NAT-OTS)?

North Atlantic Tracks (NATS), officially titled the North Atlantic Organised Track System (NAT-OTS), is a structured set of transatlantic flight routes that stretch from the northeast of North America to western Europe across the Atlantic Ocean. They ensure aircraft are separated over the ocean, where there is little radar coverage.

These routes are dominated by aircraft flying between the altitudes of 29,000 and 41,000 feet inclusive. Entrance and movement along these tracks are controlled by special Oceanic Control Centres.

Due to the volume of NAT traffic, allowing aircraft to choose their own co-ordinates would be impossible to manage. Routes are aligned along NATs in such a way as to minimize any headwinds and maximize the impact of tailwinds on the aircraft. This is good for reducing fuel burn and flight time.

Who creates NATs and how do they do it?

North Atlantic Tracks are calculated and published by Shanwick Centre (EGGX) at Prestwick Centre in Ayrshire, Scotland and Gander Centre (CZQX) in Newfoundland and Labrador, Canada. Airlines that fly the North Atlantic regularly send a preferred route message (PRM) to Gander and Shanwick, showing what the route preferences are.

Routes are changed twice daily and there is a series of entrance and exit waypoints which link into the airspace system of North America and Europe. Each route is uniquely identified by a letter of the alphabet:

Points along the route are identified by named waypoints (or fixes) and by the crossing of degrees of latitude and longitude (such as 54/40, indicating 54°N latitude, 40°W longitude).

How are flight paths assigned by NATs?

Prior to departure, the aircraft will then contact the Oceanic Center controller before entering oceanic airspace and request the track giving the estimated time of arrival at the entry point. The Oceanic Controllers then calculate the required separation distances between aircraft and issue clearances to the pilots. It may be that the track is not available at that altitude or time so an alternative track or altitude will be assigned. Aircraft cannot change the assigned course or altitude without permission.

If an aircraft can no longer maintain the speed or altitude it was assigned, the aircraft can move off the track route and fly parallel to its track, but well away from other aircraft. Pilots on North Atlantic Tracks are required to inform air traffic control of any deviations in altitude or speed caused by avoiding weather, such as thunderstorms or turbulence. On a busy day, aircraft are spaced approximately 10 minutes apart.

Aircraft must report in as they cross various waypoints along each track, their anticipated crossing time of the next waypoint and the waypoint after that. These reports enable the Oceanic Controllers to maintain separation between aircraft. These reports can be made to dispatchers via a satellite communications link (CPDLC) or via high frequency (HF) radios.

What equipment does a pilot need to use the NAT system?

In the case of HF reports, each aircraft operates using SELCAL: selective calling. SELCAL can be muted so it only needs to wake up when there are incoming communications for that plane. This means that pilots do not need to spend time listening to their radio when there are other things to do.

If the aircraft is equipped with automatic dependent surveillance (ADS-C & ADS-B), voice position reports on HF are no longer necessary, as automatic reports are downlinked to the Oceanic Control Centre. In this case, a SELCAL check only has to be performed when entering the oceanic area and with any change in radio frequency to ensure a working backup system for the event of a datalink failure.

If a flight has been given permission to use a half track, the plane needs additional equipment:

To operate on the PBCS tracks between FL350-390, planes will need to be RNP4 compliant, with CPDLC capable of RCP240, and ADS-C capable of RSP180.

Do I need PBCS approval from my state of registry?

Since July 2016, various oceanic FIRs have been collecting data on whether certain aircraft meet RSP and RCP criteria. You need to make sure your aircraft isn’t already listed as having failed to meet these criteria, by checking here.

See also the section, What are NAT Half Tracks?, below for more information on the half track system.

No, random routes are possible.

Since 2017, aircraft can plan any flight level in the NAT HLA (high level airspace), with no need to follow ICAO standard cruising levels. A ‘random route’ must have a waypoint every 10 degrees of longitude. Aircraft can also join an outer track half way along.

Flights which are planned to remain entirely clear of the OTS or which join or leave an OTS outer track are considered to be on a random route. Random route flights should normally be planned at flight level(s) appropriate to the direction of flight.

Random route aircraft which join or leave an outer track of the OTS must be CPDLC/ADS-C equipped to operate at levels from FL350 to FL390 while on the OTS segment of the route.

What are NAT half tracks?

Half tracks are designed to increase aircraft density by allowing closer horizontal and lateral spacing of aircraft. With the standard NAT flight path, planes are required to fly 10 minutes apart horizontally (before and after) and 60 nm or one degree of latitude laterally (left and right).

Did you know that Concorde did not travel on the North Atlantic Tracks? Instead, it flew at a much higher altitude than subsonic airliners, namely between 45,000 ft and 60,000 ft. 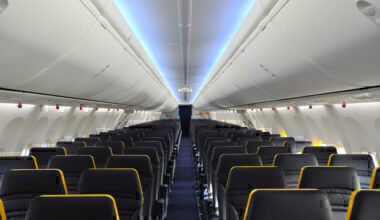 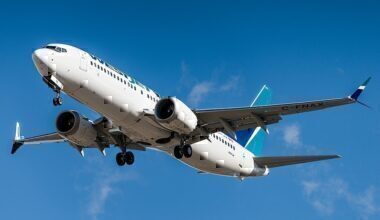 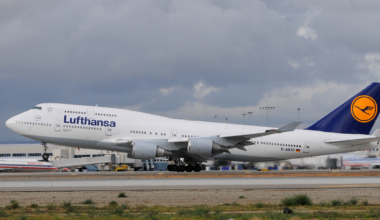