Almost 8 weeks after a cautionary diversion to Shiraz, Iran, it seems as though work is finally taking place to repair a Norwegian B737 The aircraft which has been on the ground for 52 days has so far not been touched due to US Government Sanctions.

Earlier today, Aviation Analyst Alex Macheras tweeted an image showing that work was taking place on the B737’s number 1 engine. While it is unclear who is completing the work, or what work is being undertaken, images show staff in high visibility jackets tinkering with the jet’s engine.

• Trump’s sanctions on Iran have prevented the aircraft’s repair (due to need of OFAC licenses) pic.twitter.com/GPXxHCH5tV

On the 14th of December, a Norwegian B737 departed from Dubai to Oslo. While it looked as though all was going well, the aircraft soon developed issues with its number one engine. While the aircraft is ETOPS certified, meaning it could’ve kept flying for a while, the pilots decided it was best to land at the nearest possible airport.

This airport happened to be Shiraz in Iran. Due to the pressure of the situation, the first thing on the pilots’ mind probably wasn’t the issues caused by landing in Iran, and nobody could blame them. However, it seems as though in this case, the choice to land in Iran would prove costly for Norwegian.

With the Boeing 737 being an American manufactured aircraft, it requires a bunch of American parts. Unfortunately, due to sanctions placed on Iran, it hasn’t yet been possible to dispatch either parts or engineers to fix the aircraft. In order to be able to dispatch this response, approval has been required by the United States Government.

As the US Government was shut down while the situation was ongoing, this was proving a lengthy task. However, it seems as though the US Government may have granted this approval after people were spotted working on the Aircraft. Simple Flying has contacted representatives of the US Department of State.

What Is Happening Now?

There doesn’t seem to be any official confirmation of what work was taking place on the aircraft. Simple Flying has contacted representatives of the US Government, Boeing, and Norwegian for comment. What could be seen was that people were working on the aircraft. Specifically the Number 1 engine.

Norwegian Airlines responded to Simple Flying, stating “What you see is the aircraft with the engine cowl open, and it does not mean that the aircraft is being serviced, unfortunately. I don’t have a lot of details to share. Repairs haven’t begun yet – we are still waiting for the paperwork to get sorted, and we are thus waiting for that to clear to start doing the necessary repairs. We don’t have a timeline to share at this point. We are obviously hoping to get the aircraft serviced and back in route as soon as possible.”

Simple Flying will, of course, keep readers updated with any progress made on the B737, and whether Simple Flying receives a statement from any of the parties contacted.

Do you think the aircraft will be back in the air soon? Let us know in the comments down below!

Updated 5th Feb at 10:45 with comment from Norwegian Air 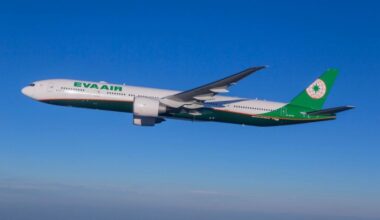 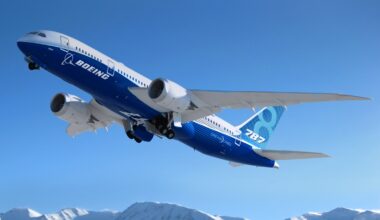 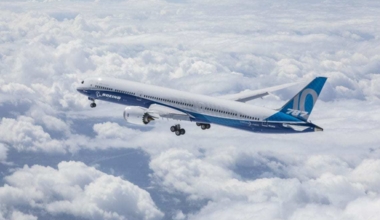