Beleaguered low-cost airline Norwegian has reached a new low today, as it is reported that the airline is seeking a bailout from its national government. The airline’s CEO, Jacob Schram, did not disclose the amount that is being sought from Norway, but has said that the airline requires help “within weeks, not months.”

Norwegian Air Shuttle has been in some trouble for quite some time financially. In recent days, we’ve heard that it’s grounding 40% of its long haul fleet, that its staff have been demanded to pay upfront at a hotel and that it’s laying off a number of its staff as a result of the current travel slump.

Well, today it seems Norwegian has hit a new low, as it is apparently reaching out to its national government for urgent financial assistance. According to reporting in FlightGlobal, Norwegian is asking Oslo for a bailout of an unspecified amount, and needs it within “weeks not months”.

CEO Jacob Schram addressed a news conference today, where he is quoted by FlightGlobal to have said,

“We’re in a very demanding situation at the moment … We need exact measures to strengthen our liquidity in the short term immediately … it is crucial for us that the government will work on solutions for a phase two. We are asking for these solutions to come quickly.”

He is further reported by the New York Times to have said,

“What is important is to provide liquidity within weeks, not months.”

The details of the request for a cash injection have not been revealed, but it is clear that the airline is facing tough times. Patrick Whyte of Skift reported earlier today that, “The situation is moving from severe to critical for Norwegian. Unless it gets significant government help, it won’t survive the crisis.”

The government has moved to help

Already, even before Norwegian’s bailout request, Norway’s government had begun to take steps to alleviate the pressure on its aviation industry. Earlier today, the government announced a suspension of fees and taxes on airlines, and revealed it was in discussion over further measures.

Specifically, airlines will not have to pay airport fees for the first six months of 2020, and the per passenger tax charges will be lifted for a period of 10 months. It’s the first real move by any government to lend support to struggling airlines in the wake of the current crisis.

Overall, the nation is effectively shutting down for a period of two weeks. Schools, Universities and kindergartens will close, public events are banned and bars and restaurants won’t open. Added to this, anyone who has traveled outside of Nordic countries since the 27th of February is being asked to self-isolate for 14 days.

Prime Minister Erna Solberg announced these drastic measures yesterday, while also stating that Norway will do what it can to support struggling businesses of all shapes and sizes. Even then, she still cautioned that there was a limit to what the government could do, and warned that some could still collapse. The New York Times reports her saying,

“While it’s crucial to help viable companies at a difficult time, some might have to go bankrupt … Not all companies will make it.”

While Mr. Schram remains positive that the government will step in to help, the message from Oslo is certainly less positive.

Do you think Norway will bail out the struggling airline, or is it a case of enough is enough for the low-cost long-haul pioneer? 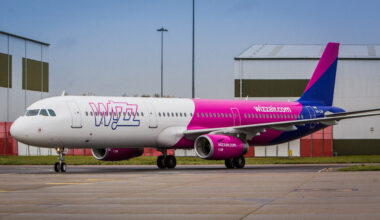