Low-cost carrier Norwegian Air Shuttle is considering operating non-stop flights from Panama to London using one of its Boeing 787 Dreamliners. According to CAPA, the Scandinavian airline met with a Panamanian government trade mission led by Vice Minister of Foreign Trade Juan Carlos Sosa.

The two parties met to discuss the possibility of Norwegian operating direct flights from the Central American country to the United Kingdom.

The route being discussed would see the Oslo headquartered airline deploy a Boeing 787 on a route between London Gatwick Airport (LGW) and Panama City Tocumen International Airport (PTY).

While quoting a Panamanian government press release, CAPA says that the meeting was “very productive.”

After Mexico, Panama is the second-largest market in Central America as far as airline seats are concerned. It is served by Air Europa, Iberia, KLM, Air France, Turkish Airlines, and Lufthansa.

You will note that there are no direct flights between the Central American financial center and the United Kingdom with Iberia and soon to be Air Europa owner IAG happy to have passengers change planes in Madrid.

For now, at least, Norwegian Air Shuttle is the largest low-cost long-haul flying airline in Europe but could face completion in the future from other LCCs that are eyeing longer flights.

15 destinations in North and South America

Currently, Norwegian serves 15 transatlantic destinations from its base at London Gatwick with 13 to North America and one each to Rio de Janeiro in Brazil and Buenos Aires in Argentina.

While the Panamanian government may be optimistic about Norwegian starting a direct flight between London and Panama City, it would go against everything new Norwegian CEO Jacob Schram is trying to achieve.

Brought in to bring the airline back to profitability following years of rapid growth, Schram still has the grounding of the Boeing 737 MAX and issues surrounding the Rolls-Royce Trent 1000 engines to deal with.

To raise funds and keep liquidators from the door, Norwegian was forced to sell off four Boeing 737s, while also agreeing to sell a further 11 in the coming months. Its offshoot Norwegian Argentina was sold to JetSMART, and it canceled some of its long-haul routes from Europe to the United States and Canada.

Norwegian will look to consolidate in 2020

So now, after having secured operating capital, I think we will see Norwegian Air Shuttle look to consolidate until the 737 MAX returns to service, which means no new routes in 2020 and a streamlining of flights.

While saying all this, a London to Panama flight does sound intriguing and might not be as far-fetched as you would think.

Panama City has emerged as a major regional financial center and is fast becoming a regional hub for Central America and portions of South America and the Carribean.

With no low-cost carriers currently linking Panama with Europe, 2021 could perhaps see Norwegian dip its toes in the water providing all its other problems had been resolved.

What do you think, is a direct Gatwick to Panama City flight something you can see Norwegian doing? Please let us know your thoughts in the comments. 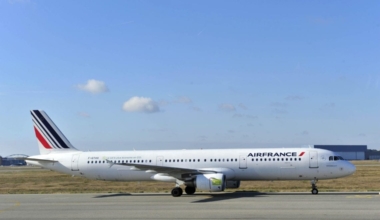 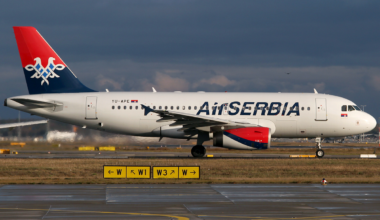