Budget airline Norwegian is reported as being in talks with the Norwegian government to discuss the idea of nationalizing the carrier. Since March, the airline has suffered financially from the global health crisis, and as this situation drags on, more funding is needed to keep the company solvent. Let’s go over what might be on the table for discussion between Norwegian Air and the government of Norway.

According to AirwaysMag, Norwegian is reportedly discussing the possibility of nationalization with the government of Norway. Sources say that the Norwegian government will consider taking a stake in the carrier.

This is in response to Norwegian’s chief executive, Jacob Schram, declaring that the airline requires additional cash to carry it through the winter season. Earlier this year, Norwegian Air secured a state aid package equivalent to $330 million after it underwent debt restructuring.

According to CityAM, transport policy spokesman for Norway’s Liberal Party, Jon Gunnes, has stated that supporting the carrier is “very important.” Industry sources had previously confirmed that any majority stake taken by the government would be strictly temporary. The German government’s deal with Lufthansa has often been cited as an example of this.

Airline nationalization has been controversial

Airline nationalization – or being majority-owned and controlled by its home country – is not at all a new concept. In fact, historically and today, in many states worldwide, airlines still work closely with their national governments. This can be attributed to the high start-up costs related to launching an airline, and the vital role air transportation has to the national interest. However, nationalization and state-support are not without controversy.

When it comes to US-Middle East airline relations, state-support has been a huge sticking point. In fact, in 2019, the CEOs of the ‘Big Three’ US Airlines took out a full-page newspaper ad against Middle East carrier Qatar Airways. The ad took the form of an open letter and was placed in the New York Times, directed to the Trump administration. It requested that Qatar be held accountable for its unfair practices.

“No rule-abiding business can compete with a massively subsidized airline that ignores economic realities and can wipe away losses with one infusion of government cash after another.” the advertisement-letter stated.

Of course, with recent events, the ‘infusion of government cash’ into an airline is no longer taboo – even in the United States.

Because of the health crisis, we find ourselves in, industries and sectors from every corner of the economy have sought government assistance. The airline sector has been notable for this.

For airlines, government assistance has taken numerous forms, such as paycheque subsidies and large loans. Another form of government assistance has been to purchase a stake in an airline. Nationalization will likely become more common in some parts of the world as buying a large enough stake in an airline will bring with it control of the business and (hopefully) the proper stewardship of taxpayer money.

Do you think Norwegian Air will be nationalized? Let us know your thoughts in the comments. 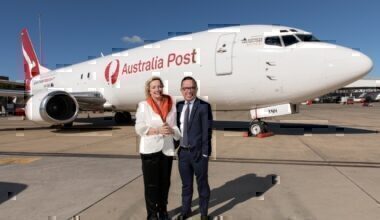 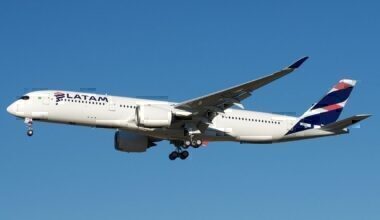