Next month will mark 29 years since the Airbus A330 made its first flight, in November 1992. The aircraft entered service in January 1994 with French regional carrier Air Inter, and has become a popular widebody. More than 1,500 examples have been produced, with the new A330neo series set to continue its legacy. But what are the oldest active examples?

According to data from ch-aviation.com, there are presently 36 active Airbus A330 family planes that are more than 20 years old. Of these, the most senior ears the registration EI-HEA. This particular aircraft is an example of the converted A330-300P2F, and it belongs to ASL Airlines Ireland. However, as seen above, it actually wears a DHL-themed livery.

This is because it operates on a wet lease/ACMI basis for DHL Express partner European Air Transport Leipzig. The aircraft is 26 years old, having made its first flight in October 1995. It entered service a month later with Malaysia Airlines, which flew passengers with it for two decades. It left in 2015, and was converted to carry cargo a year later.

During its 26 years of operations, it has accumulated 64,204 flight hours over 20,702 cycles. Data from RadarBox.com shows that its most recent flight at the time of writing took it from Milan Malpensa (MXP) to Bahrain International (BAH), a route it plies frequently.

Interestingly, the second-oldest active A330 also belongs to ASL Airlines Ireland but flies on lease for EAT Leipzig. Registered as EI-HEB, it is slightly younger, clocking in at 25.7 years old. However, it has more hours, with 70,815 over 20,040 cycles. It entered service with LTU International in 1996, and also flew for Air Berlin and Hi Fly before its 2018 conversion.

In terms of passenger A330s, the oldest of these belongs to Garuda Indonesia. Registered as PK-GPD, this -300 has 81,408 flight hours from 19,036 cycles. It is 24.75 years old, and has been with Garuda for its entire career since joining the Indonesian flag carrier in 1997. RadarBox shows that it most recently flew from Hong Kong to Jakarta on September 9th.

Garuda also operates the third-oldest active passenger A330, and the fifth-oldest overall. Registered as PK-GPF, it is another example of the original A330-300, which is almost five meters longer than the short-fuselage -300 that entered service in 1998.

Clocking in at 24.61 years old, PK-GPF is another example of an aircraft that joined Garuda in 1997 and has remained there ever since. Interestingly, it features an all-economy seating configuration that has space for 360 passengers, seated eight abreast with 32 inches of pitch. Its most recent flight (two days ago) was a domestic hop from Medan to Jakarta.

Elsewhere in Asia, South Korea is another hotspot for old Airbus A330s. National airline Korean Air operates several that have surpassed two decades of service, with the oldest being HL7550. This 24.69-year-old -300 entered service with Korean in March 1997. It has 276 seats (252 economy and 24 business), and plies the busy Jeju-Seoul domestic corridor.

In total, Korean Air has a further 12 A330s that have flown for more than two decades. At the opposite end of the scale, the youngest of these is HL7702, which clocks in at ‘just’ 20.07 years old. Much like the oldest example, it has also spent its entire career with the airline.

However, in contrast to HL7550, this particular A330-300 does not sport a one-class interior. Instead, it has a 24-seat, six abreast flatbed business class cabin to accompany its 260 economy class seats. It operates a diverse range of international services to various Asian destinations, and has accumulated a total of 61,418 flight hours over 31,396 cycles.

Over in Europe, there are also several A330s that have already exceeded the 20-year mark. The oldest of these is also the oldest example of the short-fuselage A330-200 variant. It flies for Portuguese charter and leasing specialist Hi Fly under the registration CS-TQP.

CS-TQP is 23.54 years old, having entered service with Canada 3000 Airlines back in April 1998. It went on to fly for Volare Airlines, Air Madrid, and Air Comet, before joining Hi Fly in September 2011. It seats 267 economy and 31 business class (recliners rather than flatbeds) passengers, and has accrued 60,884 flight hours over 11,022 cycles.

North and South America also have their fair share of A330s that have been around for more than two decades. Multiple examples fly for Aerolíneas Argentinas, whose oldest is an A330-200 that bears the registration LV-FNK. It is 21.08 years old, having begun its career with Air Afrique back in September 2000. It has flown 67,651 hours over 11,858 cycles.

Meanwhile, in neighboring Brazil, Azul Linhas Aéreas also has an A330-200 among its ranks that isn’t too far behind in terms of age. Clocking in at 20.95 years old, PR-AIY first flew for Emirates in November 2000. It has been with Azul since 2017, when it joined from TAP Portugal. It is typically deployed domestically, but sometimes flies to Fort Lauderdale.

In terms of North America, this continent’s oldest active A330 is a -300 that flies for Air Canada under the registration C-GFUR. This 21.31-year-old twinjet has been with the Canadian flag carrier for its entire career, having come onboard in June 2000. During this time, the 297-seat widebody has accumulated 88,407 flight hours across 14,350 cycles.

What’s the oldest Airbus A330 that you’ve ever flown on? Is it one of these examples? Let us know your thoughts and experiences in the comments. 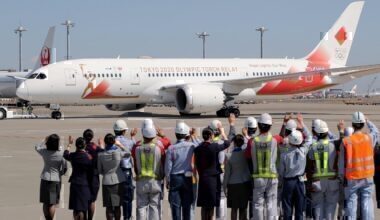 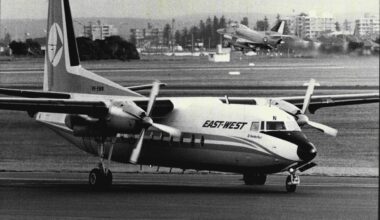