Oneweb On Track For Commercial Service Launch Next Year

UK low Earth orbit (LEO) satellite company OneWeb has reached a significant milestone with the successful launch of a further 36 satellites. This latest launch completes its ‘Five to 50’ mission, giving coverage from the North Pole to the 50th parallel. The company is now preparing for service demonstrations over the summer ahead of a commercial launch in 2022.

British LEO firm OneWeb has returned from the brink of bankruptcy and is already making waves in the connectivity space. Saved by an investment from the UK government as well as the private sector, the firm launched and successfully connected with 36 satellites on July 1st, taking its entire constellation to 254 units.

The 36 satellites launched this month marked the completion of the company’s ‘Five to 50’ mission, providing coverage from the North Pole to the 50th parallel. The payload was launched by Arianespace from the Vostochny Cosmodrome just before 14:00 on July 1st, with satellites dispatched in batches over a four-hour period.

All 36 successfully acquired a signal, meaning the company is now all set to deliver high-speed broadband to some of the most remote areas on Earth. These include the UK, Canada, Alaska, Greenland, the north of Europe and the Arctic. The next step is to undertake service demonstrations in key locations this summer, ahead of launching commercial service by the end of the year.

“This latest launch of OneWeb satellites will put high-speed broadband within reach of the whole Northern Hemisphere later this year, including improving connectivity in the remotest parts of the UK.

“Backed by the British Government, OneWeb proves what is possible when public and private investment come together, putting the UK at the forefront of the latest technologies, opening up new markets, and ultimately transforming the lives of people around the world.”

The eventual constellation is envisaged as being 648 satellites in size. Therefore, OneWeb has achieved around 40% of its total deployments to date. While it’s a mere shadow of the size of the SpaceX constellation, the targeted coverage is being built to facilitate not just connectivity on the ground, but in the skies above too.

OneWeb has been built to be capable of offering unrivaled connectivity to commercial, regional and business aviation. It’s by no means its primary purpose, but connecting aircraft is certainly in the business plan.

Back in March this year, OneWeb signed an agreement with antenna and terminal design specialist SatixFy UK to develop a new IFC terminal that will work over the OneWeb network. SatixFy has partnered with Singapore Technology Engineering (ST Engineering) to form ‘JetTalk’ in a bid to commercialize the proposed IFC terminal for the commercial aviation market.

At the time, OneWeb’s VP of Mobility noted that the OneWeb solution was suitable for all aviation applications. He commented,

“OneWeb is creating IFC solutions which offer a significant increase in the whole passenger travelling experience. This agreement with SatixFy represents a major milestone for OneWeb Aviation, as we plot our path to facilitating onboard connectivity, globally, on commercial airliners and corporate jets, large and small.”

For the commercial aviation environment, OneWeb is talking up speeds of up to 195Mbps with a low latency of less than 50ms. The company promises a ‘fiber-like experience’ to transform aviation connectivity, bringing benefits to passengers, cabin crew, flight crew and operations. When that comes to fruition, we’ll have to wait and see. 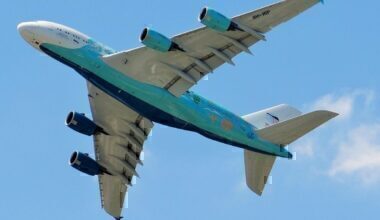 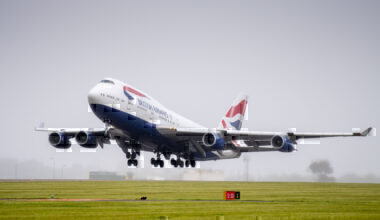 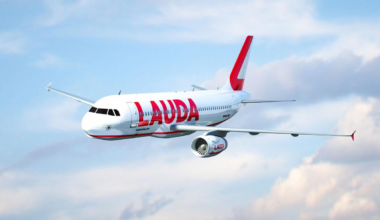 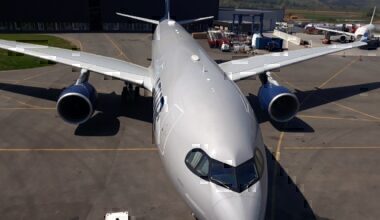