Despite having filed for Chapter 11 bankruptcy protection, UK low-Earth-orbit (LEO) startup OneWeb has made a request to the US Federal Communications Commission (FCC) for an expansion of its constellation. In a statement by the company this week, it said it was requesting to boost its satellites by a staggering 48,000 units.

Newsletter: Sign up to our monthly inflight connectivity by clicking here.

Despite having filed for bankruptcy and currently being on the market for a buyer, OneWeb’s ambitious plans to build a LEO mega-constellation are apparently still in full swing. On Tuesday this week, it was revealed in an FCC filing that the company had asked for authorization for a further 48,000 satellites to be added.

The filing made under the name of WorldVu Satellites Limited, Debtor-in-Possession, would authorize OneWeb to massively increase its constellation, something that it believes is absolutely paramount if the venture is to be a success. The company said that a larger constellation would allow for “greater flexibility to meet soaring global connectivity demands.”

“We have always believed that LEO satellites must be part of converged broadband network strategies to enable forward-thinking governments and businesses to deliver much-needed reliable connectivity, create more pathways to 5G and connect to the IoT future everywhere on earth. This significant increase in the size of the OneWeb constellation enables long-term flexibility and ensures we will be ready for the demand, future growth, and technology changes to come.”

Prior to the filing, OneWeb had launched just 74 satellites into low Earth orbit but had secured authorization for a total of 720. It was previously noted to be seeking approval to up this number to 1,980 satellites but revised its filing at the 11th hour before an FCC deadline was reached.

OneWeb was not the only LEO satellite company to file applications before the FCC deadline. Telesat filed for 1,671, Kepler for 360 and Viasat for 288. Notably, SpaceX firmed up its commitment to make Starlink the biggest LEO network in the world, with a request for an additional 30,000 satellites to be launched, in addition to the 12,000 for which permission has already been granted.

Will anybody buy OneWeb?

Since filing for Chapter 11 bankruptcy back in March, OneWeb has been seeking interest from other companies to buy its assets and take over the business. A deadline for expressions of interest was set at May 4th, by which time it was reported that at least six proposals had been received.

While not all bidders will be interested in all assets, there are some solid names in contention. These include Eutelsat, SpaceX, Amazon and Cerberus, as well as two bidders from China. At least two of the bidders are reported to be interested in the entire business.

Every one of those bidders could have serious interest in all or part of the OneWeb assets. Amazon, which is behind the yet-to-launch Project Kuiper, could be looking to begin life with a ready-made mini constellation, or indeed could simply be after the spectrum owned by OneWeb for its own 3,236 planned satellite deployments.

SpaceX is an interesting bidder, with seemingly little reason to need anything from OneWeb. While its spectrum could be an asset that interests SpaceX, competition restrictions could mean it’s not allowed to take too much. It could well be the SpaceX simply wanted a peek at the OneWeb books, to see how the competition was shaping up.

Newsletter: Sign up to our monthly inflight connectivity by clicking here.

Whatever the outcome, a clearer picture should be revealed by the end of June, when final binding bids are required. The auction or OneWeb is set for July 2nd in New York when the company’s final fate will be decided. 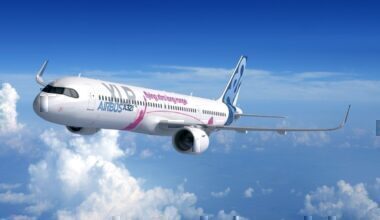 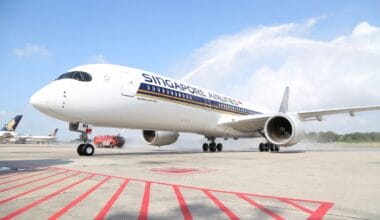 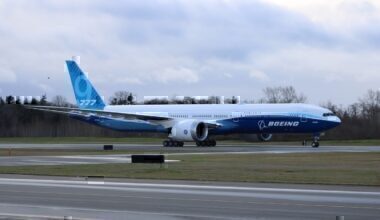