Big orders for Airbus, a solid day for regional jets and Boeing sold some freighters. Not only that, but Le Bourget was graced with the presence of the Simple Flying team themselves! It could only be Paris Air Show day 3.

Day three of the Paris Air Show was predicted to be wet and miserable, so the Simple Flying team had gone expecting the worst. But the rain held off to give us a fantastic day of announcements, aircraft orders and aviation action. Here’s a roundup of all the best bits:

Not to be overshadowed by the game changing Boeing 737 MAX order that came from IAG in Day 2, Airbus bounced back with a plethora of sizeable orders for many of its planes. Clearly the most popular plane at the show was the Airbus A321XLR. Having been only announced on Monday, it continued to gain traction throughout the Show, securing more orders on Day 3.

The early morning media briefing revealed the details of a massive order by Indigo Partners for their stable of low cost airlines. In total, the Partners signed a MoU for 50 A321XLRs, 32 of which were brand new orders with the rest being converted from existing A320 orders. These aircraft are destined for Chilean ULCC JetSmart, Hungarian Wizz Air and Colorado based Frontier.

American Airlines too were chomping at the bit to get a piece of the XLR action. They converted 30 of their existing orders to the XLR, and ordered an additional 20 aircraft for their fleet. However, unlike Indigo’s MoU order, this was a firm, signed and sealed order for Airbus.

And finally in the XLR camp, Australia’s giant Qantas Group secured a firm order for 10 A321XLRs, as well as a conversion of 26 of their existing A321 orders to the XLR version. This opens up the possibility of new routes as well as reconsidering old ones, as the XLR will bring profitability to those routes unable to sustain widebody service.

But that wasn’t all that Airbus had to be grateful for. China Airlines announced an order for 11 A321neo aircraft for their fleet too. The MoU for a purchase of 11 was signed alongside a lease agreement for a further 14, giving China Airlines a total fleet of 25 A321neos, to be operated alongside their 23 A330s and 14 A350 XWBs.

And finally, Dublin based Accipiter Holdings signed a purchase agreement for 20 A320neo aircraft from Airbus.

A quieter day for Boeing

In terms of passenger aircraft, the only order to crop up on Day 3 for Boeing was a single 777-200LR from Turkmenistan Airlines. For them, the day’s highlights centered around their 777F freighter aircraft. For Boeing, freighter orders are important. The manufacturer is increasingly dependent on 777 freighters for a variety of reasons, including market demand and lead times for the aircraft.

As such, the afternoon media briefing where an order from Qatar was announced had an air of celebration to it. In fact, it seemed almost over-egged, as the order was only for five of the 777F aircraft. Nevertheless, both Boeing and CEO of Qatar, Akbar Al Baker, were jubilant at the signing ceremony, as were the press.

With far less fanfare, China Airlines also ordered a further six 777F freighters, to take their fleet to a total of nine. Both these orders, however, were not firm placements.

ASL Aviation Holdings signed an MoU for 20 of the 737-800 Boeing converted freighters. Boeing have had a Prime Air liveried 737-800 BCF at the show, and it’s been attracting a lot of attention.

Great performance for the regional jets

Not to be outdone by the big boys, Day 3 saw the smaller aircraft manufacturers in the spotlight for a change. ATR kicked off by announcing a short takeoff and landing version of their turboprop ATR42, the ATR42-600S. This special version can use runways that are as short as 800m, making it an ideal choice for remote locations where longer runways are just not possible.

On the back of this announcement, ATR reeled in orders from Air Tahiti and lessor Elix Aviation Capital. Air Tahiti placed firm orders for two, while Elix signed an MoU for 10.

Embraer’s eye catching E195-E2 has also been garnering a lot of interest at the show. The manufacturer, who is celebrating its 50th year this year, snagged a large order for the jet from KLM for their Cityhopper fleet. This included a firm order for 15 and purchase rights for a further 20 of the same model.

Mitsubishi also had a happy day, selling 15 of their newly redesigned Spacejet M100 aircraft to an undisclosed North American Airline.

That’s the latest from the Paris Air Show. Day four occasionally sees the big manufacturers holding back a major order… or we could have seen the best of it already. Check back later to see who won the orders race at PAS2019! 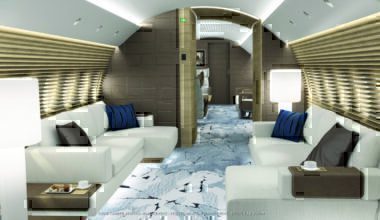 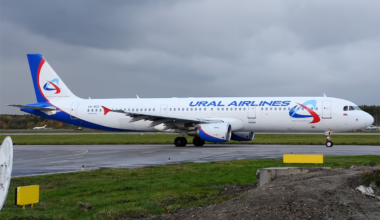 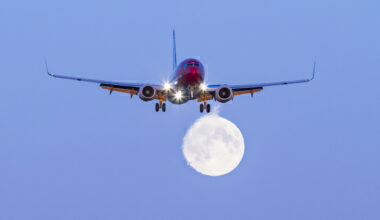 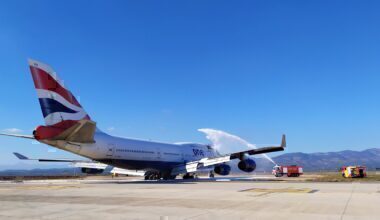