Thankfully, most of us will never have cause to use an aircraft emergency slide, although it’s reassuring to know that they are there if needed. Yet even less of us know how this rather obscure form of technology is created and deployed.

Emergency slides are deployed through escape routes in an aircraft and must be included onboard all commercial planes. For example, there are 16 emergency slides on the Airbus A380, which enables the 550 passengers onboard to evacuate the aircraft in under 90 seconds.

The FAA requires that this 90-second process must be completed in pitch dark conditions, even if half of the exits on an aircraft have been blocked. Indeed, the increasingly stringent requirements of the authorities in this area have actually had a significant impact on the way that evacuation slides are designed, with the process becoming more complex over the years.

To give some idea of the disparity in requirements, back in the 1960s, slides were required to deploy within 25 seconds in non-extreme weather, whereas slides manufactured today must deploy in temperatures ranging from -65 to 160°F while unfurling in winds of up to 25 knots. Airlines also require slides to be light and compact enough to fit within the door or fuselage of an aircraft.

These demanding guidelines mean that the manufacturing process for emergency slides is incredibly complex. All escape slides are set within carbon fiber, which is enclosed by a casing of material similar to the interior walls of an aircraft. Once the door of an aircraft is opened by the cabin crew, its evacuation slide is then automatically inflated by high-pressure canisters, which contain either carbon dioxide or nitrogen. There are also back-up systems in place to protect against the unlikely event of a systems failure.

In order to ensure rapid inflation, manufacturers of emergency slides have developed gas generators approximately the size of Coke cans, which contribute large volumes of inflation gas, without adding bulk and weight to the slide itself. Inflation involves a propellant in the generator being ignited, which then produces a highly compressed gas almost instantaneously. This then combines with the gas present in the canister to accelerate the inflation of the slides.

The slides themselves are manufactured from a nylon substance coated in urethane, which is then sprayed with a grey aluminized paint. This helps protect the slide from potential fire damage. Strong fibers are also used in the emergency slides in order to ensure that they are particularly strong and resistant to tearing. Inflated slides are flexible enough to deal with a variety of different weights, while sturdy enough to ensure that passengers are not injured while sliding down.

So complex are the manufacturing processes for emergency slides, those involved in the fabrication will utilize environmental chambers featuring giant wind machines and a variety of aircraft fixtures and fittings. Once stretched out, an emergency slide reaches a height of 25 feet, which can cause slight acrophobia for some passengers.

Slides are manufactured to last for 15 years, and some are even designed to detach from the aircraft, making them available as life rafts should the aircraft crash land in water. When you understand the level of expertise and effort that goes into manufacturing emergency slides, it is clear why their safety record is so impressive. 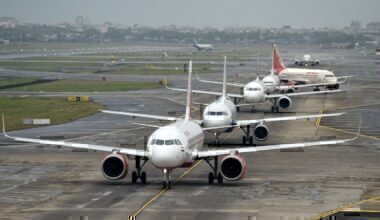 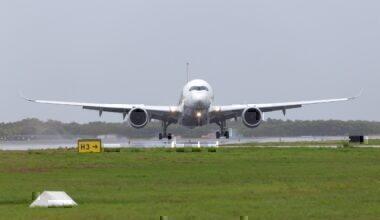 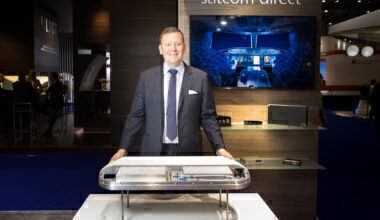