This late -200 addition, registered AP-BIC, was on lease to PIA from Air Universal and used for the airline’s low-cost endeavor, PIA Express. As mentioned on the History of PIA forum, this budget wing was short-lived, launching on December 25th of 2006 with flights between Karachi, Lahore, and Islamabad. Inflight meals were absent on this airline, and only drinks were served. The particular jumbo jet used for this eventually went to Hellenic Imperial Airways, re-registered as SX-TIC. The 35-year-old aircraft is now in storage.

As for the other 747-200s, many spent their final years of service with PIA and were scrapped shortly thereafter. Several jets had more interesting fates:

AP-BCO experienced an incident in March 2000 in Jeddah when one of its engines caught fire after landing, damaging the wing. It was scrapped in 2005.

AP-BCL went to Sierra Leone to fly with a carrier named Orange Air. This was short-lived as a year later, it went to Thailand to serve with Orient Thai Airlines. It was eventually retired and broken up in December 2014. It now sits preserved in Pattaya, Thailand, and as of January 2021, has been re-assembled to be displayed at a Street Food Plaza (photo in the Twitter post below).

PIA took most of its pre-owned 747-300s throughout 1999, with one joining later in 2002. Most of these came from Cathay Pacific. These were configured by PIA in a single-class all-economy layout with 503 seats, although just one would have a two-class layout with 45 seats in business and 388 in economy.

Like the -200s, the majority of jumbo jets of the -300 variant were retired by PIA and subsequently scrapped. However, there are two 747-300s that had survived (in a way).

AP-BFV had a more eventful service life. Joining the fleet in 2002, it was involved in a January 2005 incident in Islamabad which saw one engine hit the ground during landing. Some nine years later, in 2014, it was hit by bullets when Taliban gunmen stormed Karachi Airport. Guns were fired, and bullets hit the aircraft’s fuselage, damaging the jet beyond repair. The aircraft now sits at Karachi Airport and is used as a (rather beautiful) restaurant by the airport’s security forces (photos in the Twitter post below).

One other 747-300 remains intact in storage (for now). With Planespotters.net noting that the aircraft was the last to leave the PIA fleet in July of 2015, AP-BFY is reportedly sitting at Karachi Airport, inactive.

Did you ever get the chance to fly onboard a Pakistan International Airlines Boeing 747? Share your experience by leaving a comment! 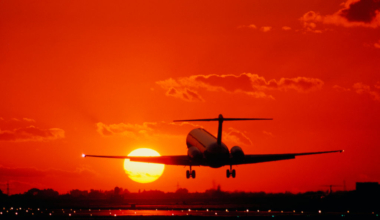 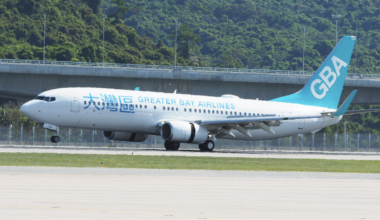 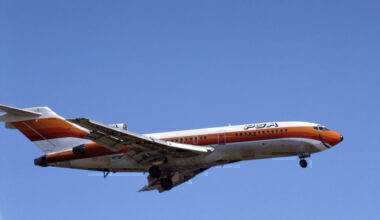 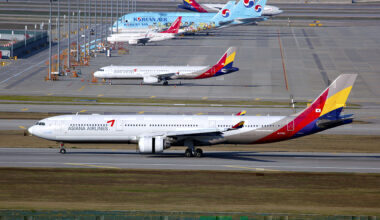