The Prospects Of Private Electric Aircraft On The West Coast

The private jet industry has gone through several transitions over the last few years. As it adapts to the new climate, it is also reporting for another new shakeup – electric aircraft. Simple Flying spoke with Levi Stockton, founder & president of California private jet operator, Advanced Air, about how these planes can open up opportunities across its network.

Many of the key designers of aircraft and engines in the electric sector are concentrating on vehicles that can hold between approximately six and 40 passengers. This sort of capacity is a natural fit for private and regional operations across the United States.

Advanced Air, a scheduled commuter and private charter carrier based in Los Angeles County’s Hawthorne Municipal Airport, has great experience with transporting passengers across western and southwestern United States. It flies to 14 destinations across Arizona, California, Nevada, New Mexico, and Texas with its scheduled and shuttle operations.

Just this month, the carrier announced that it was resuming the operations of its nonstop Taos Air flights from between California and Texas. The airports it serves on these routes are Austin–Bergstrom International, Dallas Love Field, Hawthorne Municipal, and Carlsbad’s McClellan-Palomar.

Notably, many of the airports that Advanced Air focuses on aren’t major global hubs, such as Los Angeles International and Dallas/Fort Worth International. Rather, the carrier connects passengers across its network to more local spots.

This factor is a point that electric aircraft companies are looking to highlight. They are keen to make greater use of smaller airports to cut down on unnecessary transits so that passengers can be brought directly to their intended destinations with efficient planes. With electric aviation still in its infancy, it will be a while for when long-haul operations will be utilizing the technology. Therefore, for now, it will be short-haul services that will see the first transition.

Overall, Stockton feels that the arrival of electric aircraft is coming quickly. Therefore, he is excited about what’s to come and is already preparing for the new scene.

“We’re working with a company called Universal Hydrogen, which is taking hydrogen to power an electric engine on an ATR Q400 type airframe. The downside of these things is that it’s all-new, and you don’t want to mess around with an airplane in the air with new things. So, it’s going to take a while to prove it. But, I think, we’re going see some type of increased hybrid type engines on airplanes quickly.” Stockton told Simple Flying.

“Also, I think we’re going see completely electric airplanes with passengers traveling in them in the next five years. We operate kind of in that kind of area of operation. Most of these aircraft are in the 500 to 1,000, nautical mile range, which is what a lot of our routes are.”

Hydrogen Universal transports hydrogen in modular capsules over the current intermodal container freight network. To catalyze the approach in the market, the company is also creating a conversion kit to retrofit regional aircraft with a hydrogen-electric powertrain.

Opening up a new market

Interestingly, only 1.6% of journeys less than 500 miles are conducted by air. However, with the attraction of electric vehicles, this number could be ramped up heavily by the time this decade is over.

“Depending on the seat availability per airframe, you’re going to see the shorter hops and, and I’m curious to see what happens in the LA type market,” Stockton added.

“We’re not seeing helicopters moving people around in LA as you do in New York, but you might see, the VTOL electric-type airplane starting to pick up more so in routes such as Orange County-LA, San Diego-LA, Santa Barbara-LA.”

Not rushing into things

Altogether, despite the excitement, Advanced Air is still taking a conservative approach to the transformation. The company wants to see how the electric aircraft segment develops over the next few years before it completely jumps in. Nonetheless, when it does take the leap, it wants to be a world-class operator in the field. Thus, it will take on something that’s proven and deliver the service to its passengers.

The airline operates different types of services in several directions. In the same week, it would have conducted a scheduled service across the West, a charter to Mexico, a flight to Aspen, and a cargo operation. With this versatility, Stockton is confident that his company will have no problem adapting to provide VTOL services across its network.

Advanced Air is talking with numerous figures within the electric vehicle industry. So, it is preparing well for the next stage.

It’s not only private carriers across the West that are getting ready for the arrival of electric aircraft. Just last week, Alaska Airlines told Simple Flying about how these planes will fit in seamlessly with its regional operations. Therefore, these types of units may be a natural sight by the time the 2030s are fully underway.

What are your thoughts about the prospects of electric aircraft in the private jet sector? Are you looking forward to seeing further progress in this industry? Also, what do you make of the timeline of the introduction of the planes? Let us know what you think of these models and their prospects in the comment section. 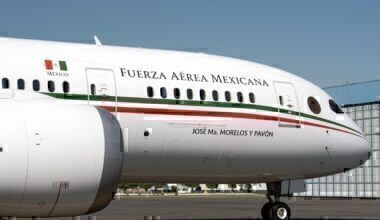 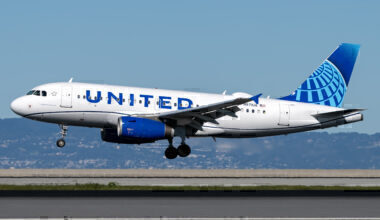 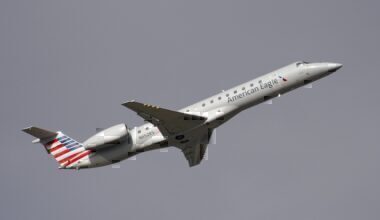 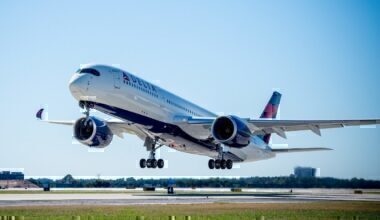