Inside Putin Force One: What Plane Does The Russian President Fly?

Russian President Vladimir Putin clearly enjoys traveling in style. Arriving in Geneva yesterday, his presidential jet, an Il-96-300PU, caused quite a stir. So let’s take a look at the VIP aircraft and what things are like on the inside.

The world of presidential jets is an interesting one to look at. While everyone is aware of the modified Boeing 747 VC-25 that often fulfills the duty of Air Force One for the US president, many other heads of state have their own executive transport, some more well-known than others.

Germany’s presidential planes are aging A340s, but are soon to be updated to modern A350s. The British prime minister uses an A330 MRTT Air Force aircraft, which the current PM recently had painted in a patriotic livery. But what about the Russian President, Vladimir Putin?

As US President Biden presses on with his European trip, he met with the Russian President in Geneva yesterday. Biden flew in on his baby-blue VC-25A. Putin, naturally, arrived on something a little more Soviet. Here’s what we know about Putin Force One.

The Presidential jet for Russia is a heavily modified Ilyushin Il-96-300, made in Russia and powered by four Russian-produced Aviadvigatel (Soloviev) PS-90A engines. 19 of these planes have been used for passenger operations, by airlines including Aeroflot and Cubana, but eight are in the special PU variant, designed for VIP transport.

Russia uses four Il-96-300PU for presidential transport, operated by Rossiya Airlines. Prior to Putin, Boris Yeltsin also flew on the Il-96, and altogether five different aircraft have performed this duty over the years, although just four are operational at present.

Reports suggest that at least two are deployed on every presidential trip – one carrying the president, and the other acting as a decoy (as well as transporting some of Putin’s entourage). Rumor has it that when he’s ready to travel, all four jets are fueled up and prepared to leave, at which point Putin selects one at random on which to travel.

As you’d expect, the jet has been heavily modified to allow the president to work, communicate and stay protected while onboard. Specifics are kept tightly under wraps, but reports suggest there are air defense systems and even some sort of escape pod onboard.

The Russian president isn’t a man who likes to do things by halves, and as such, his VIP jet is lavishly equipped inside. The cabins are outfitted in luxurious white leather, walnut veneers and gold accents. The neoclassical styled interior is more akin to a luxury hotel than a plane, and Russia’s coat of arms of the Presidential Standard is embossed on many walls and headrests.

The president sleeps in a private bedroom complete with a king-size bed. He and his guests can gather around a huge conference table for doing business, safely strapped into large white leather seats.

Inside Vladimir Putin's £390m plane – and it comes with a gold-plated toilethttps://t.co/75DELe3zBy pic.twitter.com/gkSGqFHyr8

In contrast to your average aircraft galley, the Ilyushin has a swanky presidential bar, fully stocked with the finest wines and whiskeys. More lounge and seating areas are found throughout the aircraft, some of which can convert into sleeping facilities for his guests. There’s even a fully equipped gym on the plane!

The crowning glory, however, is the presidential bathroom. The large washroom comes complete with a gold sink, a gold plated toilet seat and even a bidet. It would put most household bathrooms to shame!

Photos of #Putin's private jet. It even has a bidet. A bidet.http://t.co/9ujo1CYTJx
via @EuromaidanPress pic.twitter.com/wkT7pP9LGj

The Russian president has come under fire for the lavish appointment of his jet, something many Russians feel is somewhat over the top. Nevertheless, the Flying Kremlin remains Putin’s main means of international travel, and likely his favorite given all the luxuries onboard. 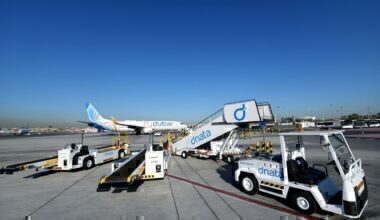 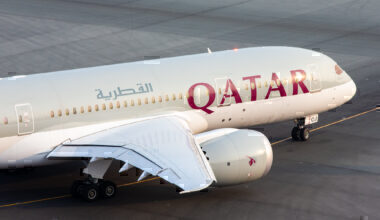