At the end of 2019, I flew to Australia, New Zealand and Fiji on a bumper trip taking in a dozen airlines. As part of that trip, I took a Qantas flight from the national capital, Canberra, to South Australia’s capital, Adelaide.

I flew in economy class and recorded a video of the trip for my YouTube channel:

Canberra’s airport is classed as regional by the Australian government, and it’s pleasantly small and hassle-free to use. 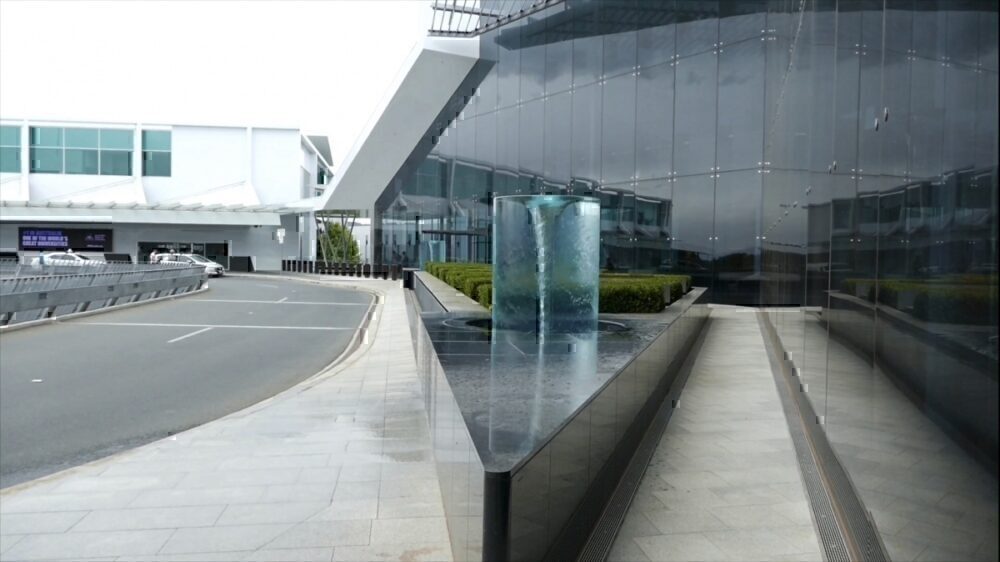 An ex-RAAF Liberator aircraft is on static display inside the terminal and is well worth checking out if you can spare the time. 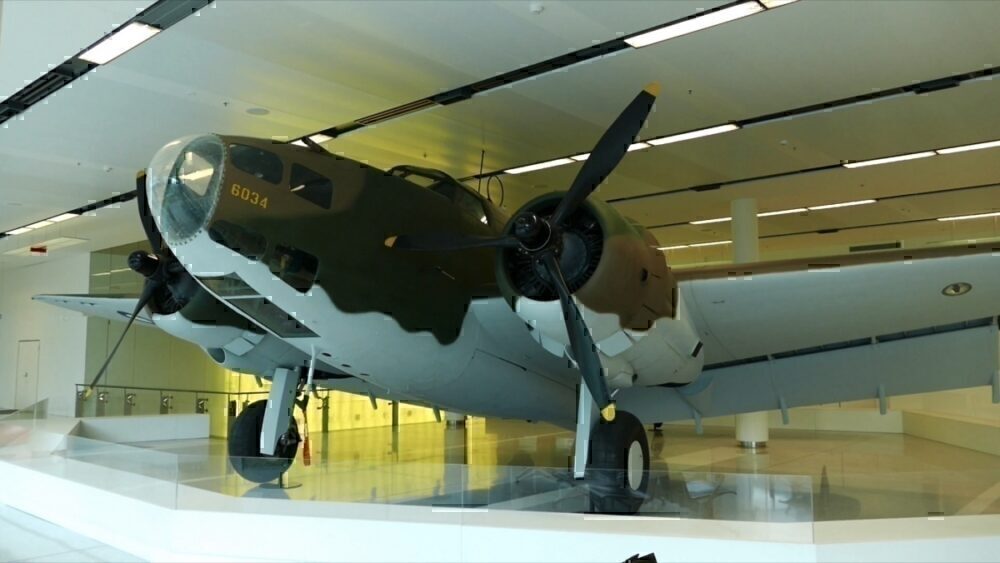 At the time of the trip I was OneWorld Sapphire, which afforded me priority boarding and priority checkin here in Canberra. It wasn’t busy – I was quite early – and my bag was checked within seconds of stepping inside the front door. 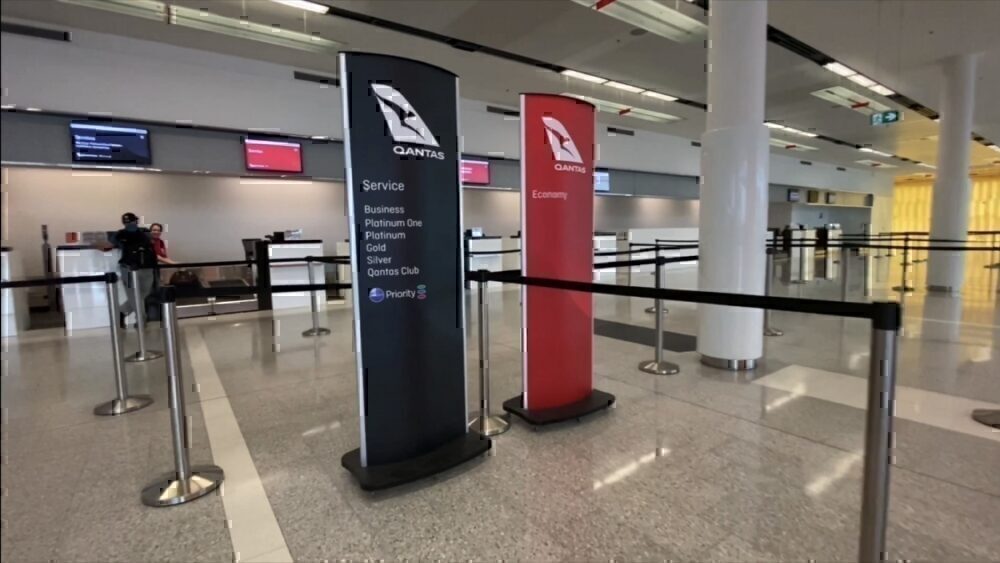 I’ve since reached the heady heights (again) of OneWorld Emerald, which would have afforded me entry to the Qantas Business lounge…but as I was still a Sapphire at the time of the trip I was “relegated” to the Qantas Club. 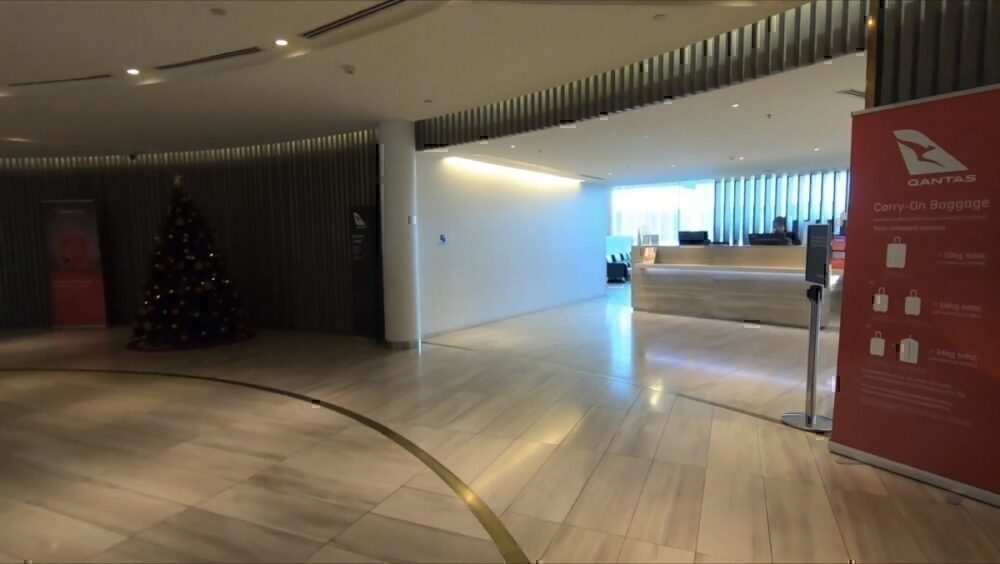 The Qantas Club happens to be the only one of the two lounges facing the runway, so I was more than happy to while away the time. My flight was delayed by an hour owing to bushfire activity (remember those in 2019?), and a small aircraft was clearly being used to spot fires and making shuttle runs to and from the sites, which were only 50 miles or so away. 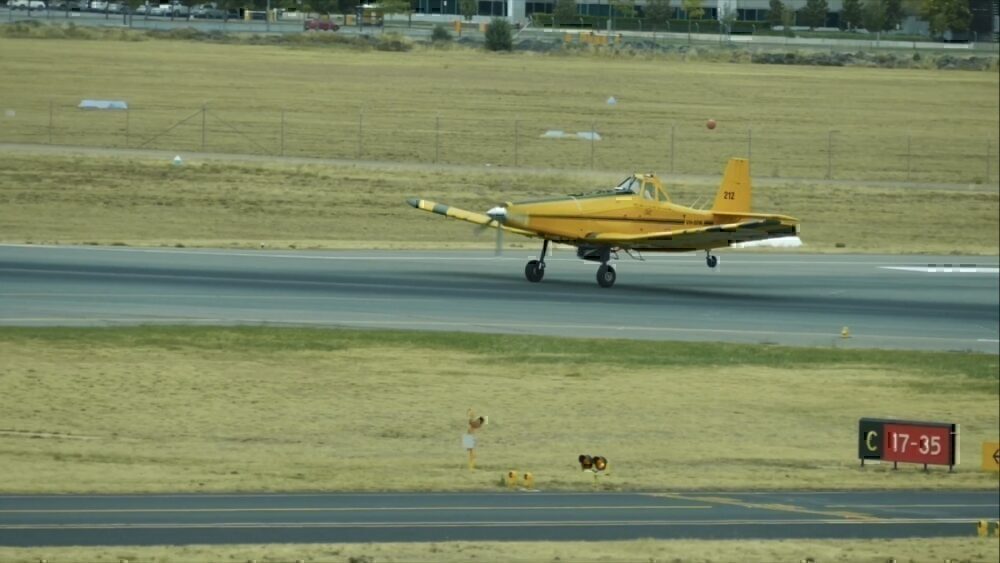 The RAAF maintains Fairbairn air base across the runway, and bases some 737 BBJ-config VIP aircraft here. One can be seen being wheeled into the hangar (normally I don’t photograph military installations and certainly never inside a hangar, but this one is within permanentview of the glassy-fronted airport and lounge, so I figure there is very unlikely to be anything sensitive on view). 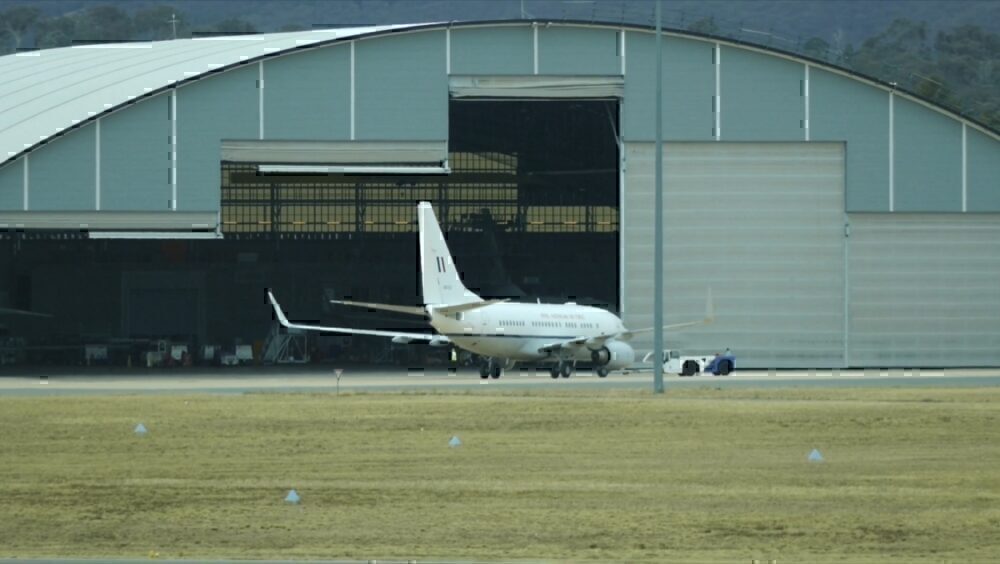 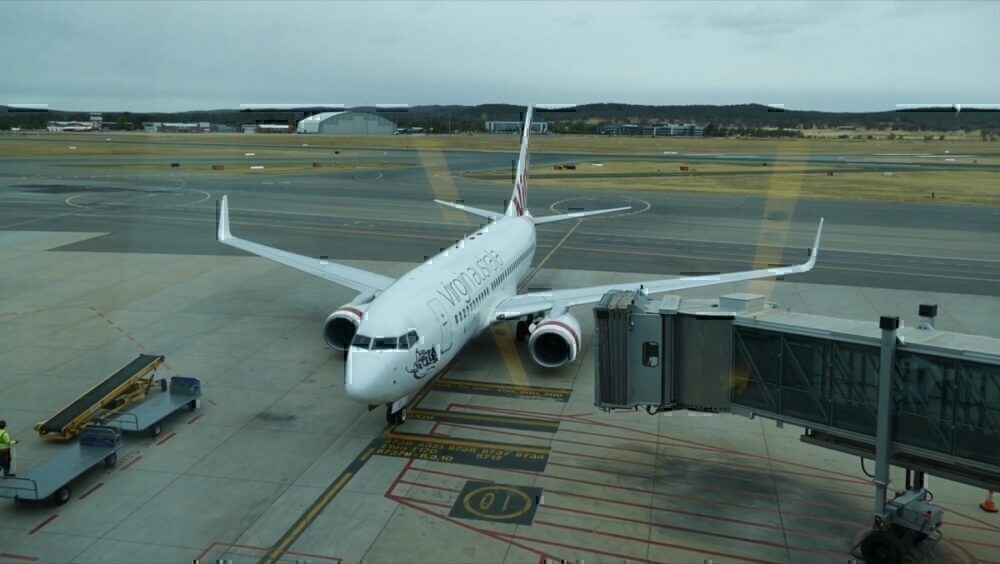 The Club features a staffed bar, which is a nice touch in what’s otherwise an entry-level facility here at Canberra. 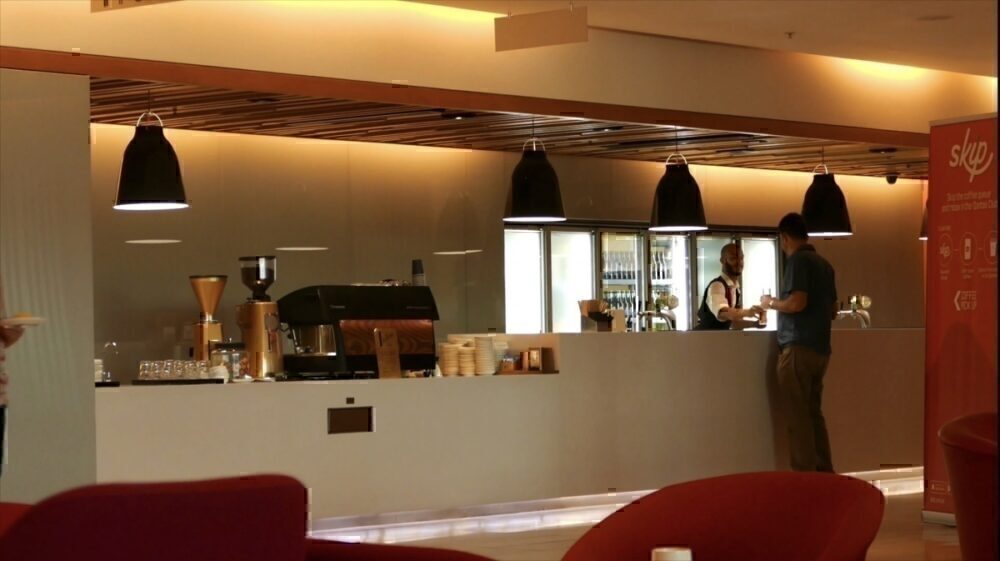 There’s also a small salad bar which had some fresh options available. 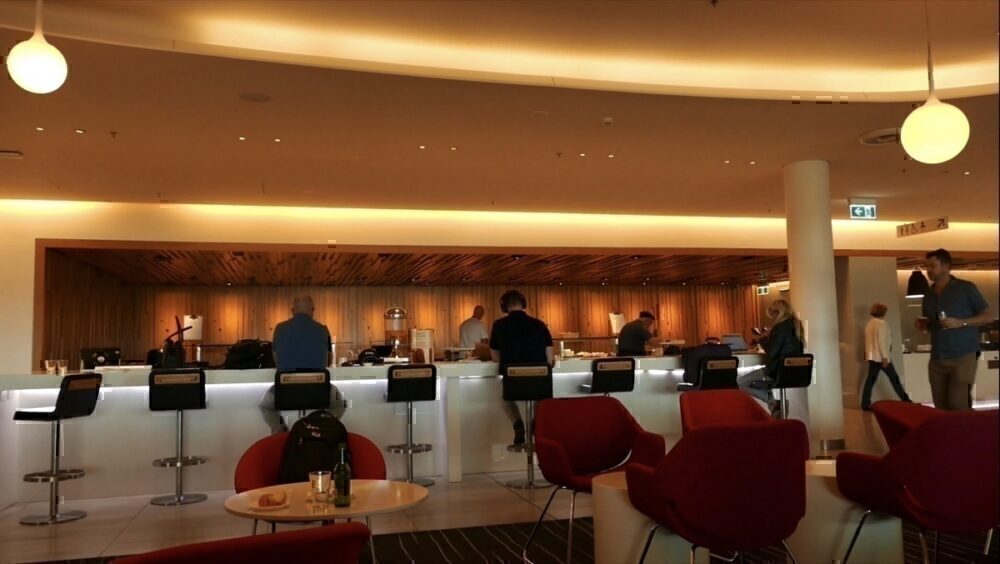 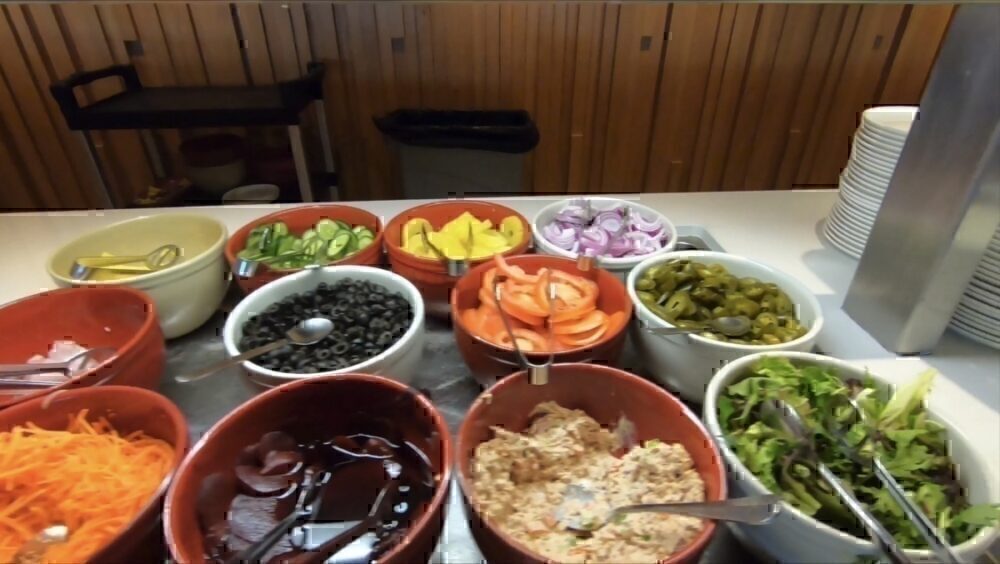 Our aircraft landed in Canberra about an hour late from Melbourne. This is a Qantas 737-800 aircraft, and, coincidentally, the flight number was also Qantas 737. Qantas has previously mulled future narrow body aircraft orders, but their strategy now, following the coronavirus impact, is less clear. 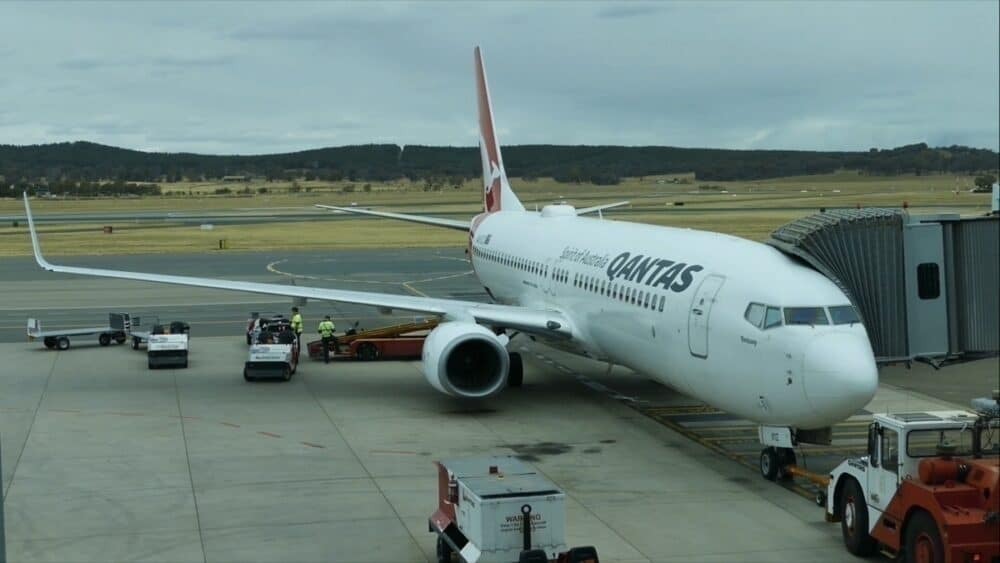 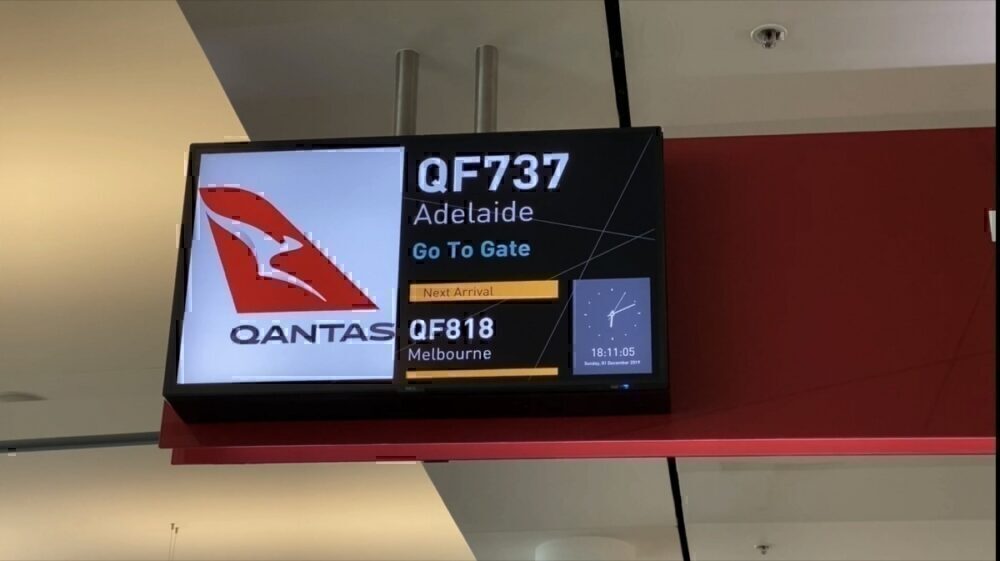 Boarding was managed well, although it should be noted Canberra, being the capital, attracts a lot of frequent flyers and many people – perhaps half the flight load – also qualified for the perk alongside me. 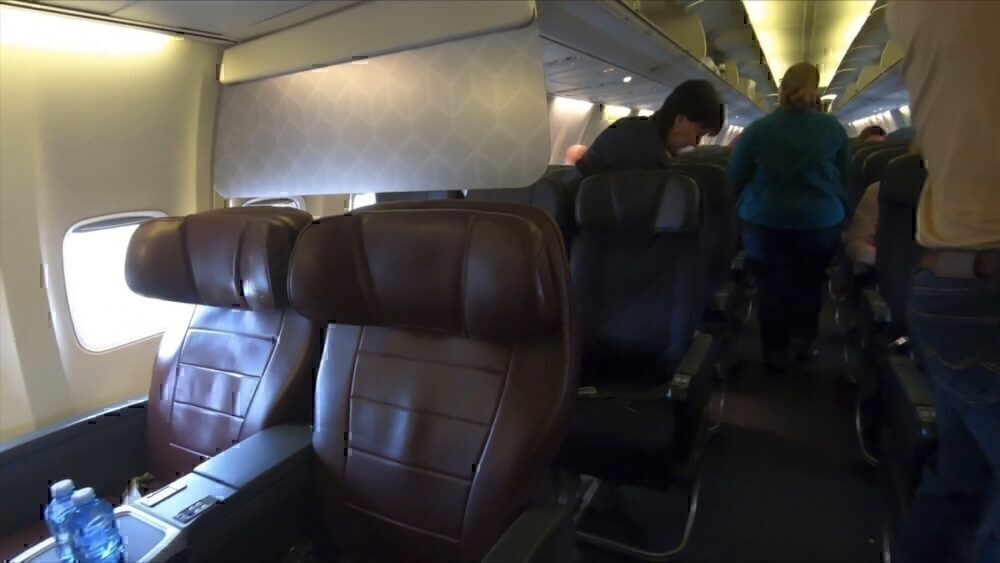 Economy is in a standard 3-3 configuration and the seats come with fully adjustable headrests. 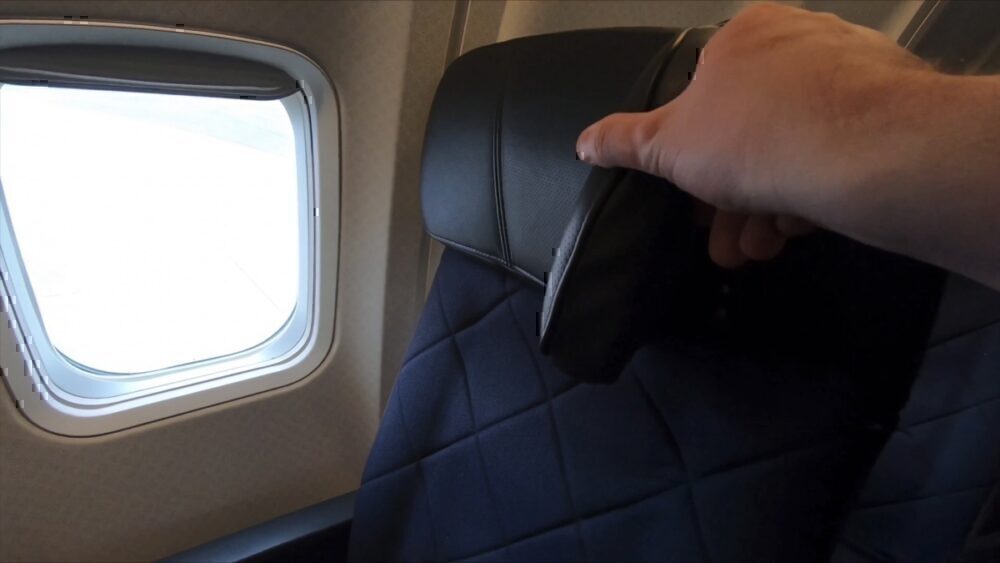 These seats are far more comfortable than the Recaro slimline varieties which are prevalent in Europe’s skies, and they look much classier, too. 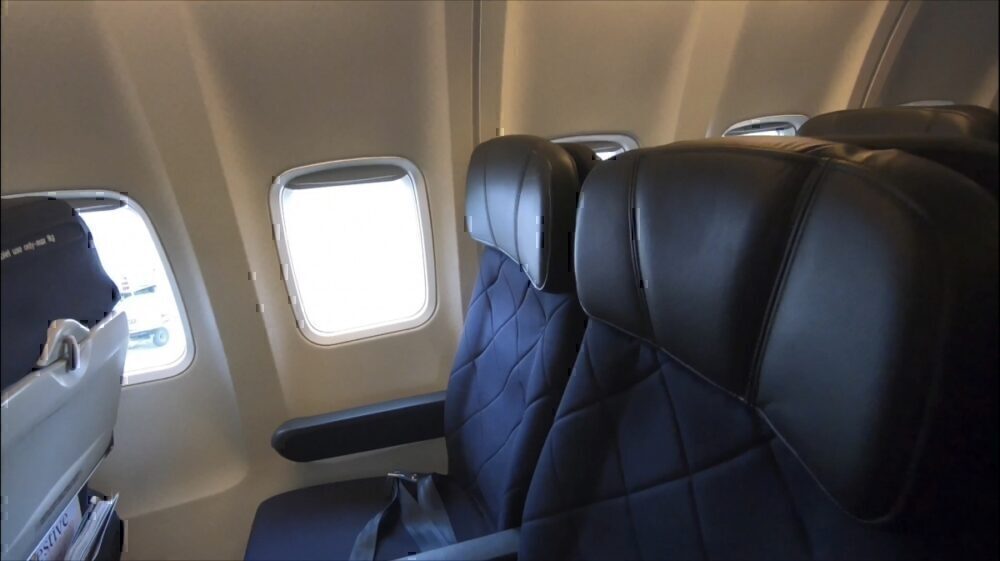 After a short and brisk takeoff roll, we were airborne and en route to Adelaide. 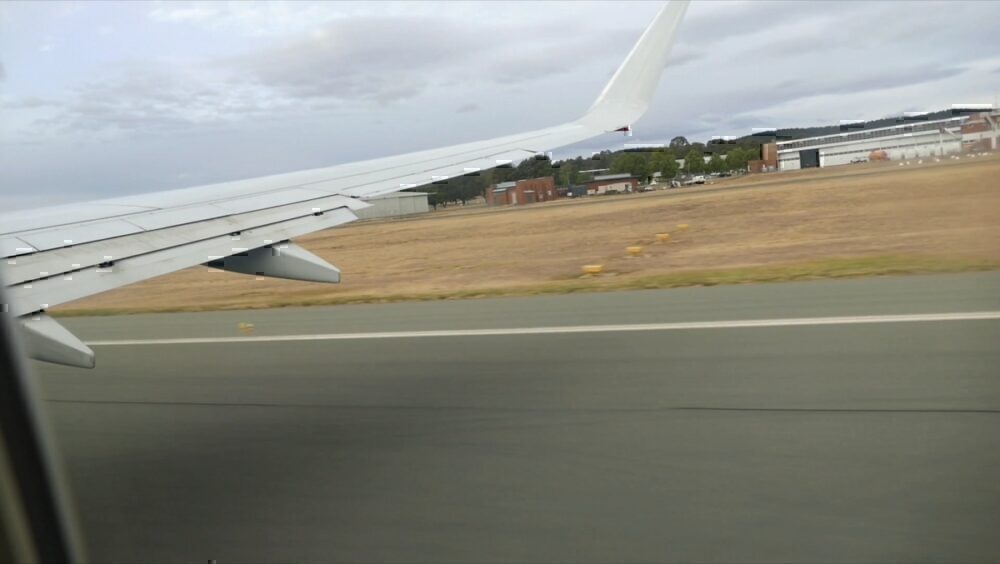 Economy seats come with USB charging throughout the cabin. Bear in mind these probably won’t give much charge, but will at least keep your battery steady while you use your device, and are much better than nothing. 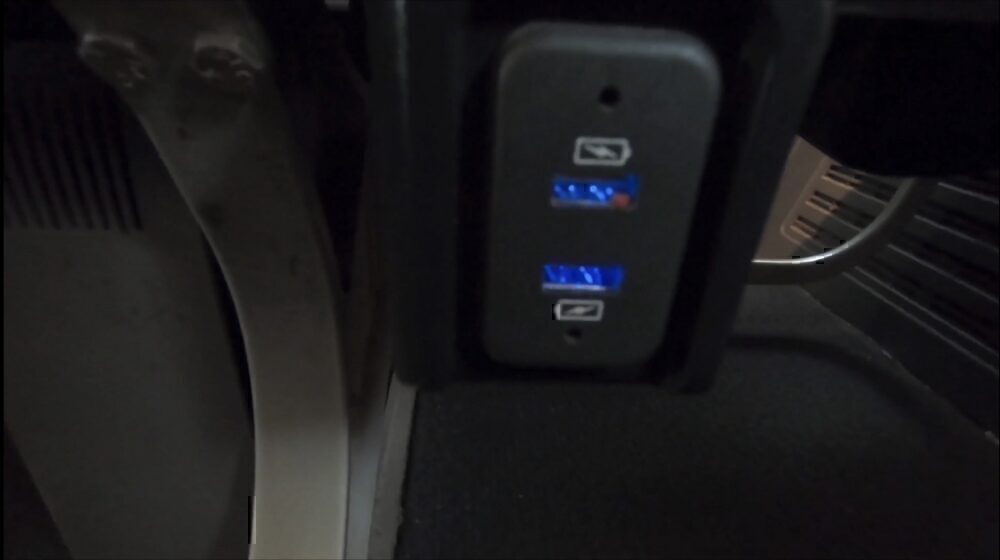 There’s a standard flip down tray… 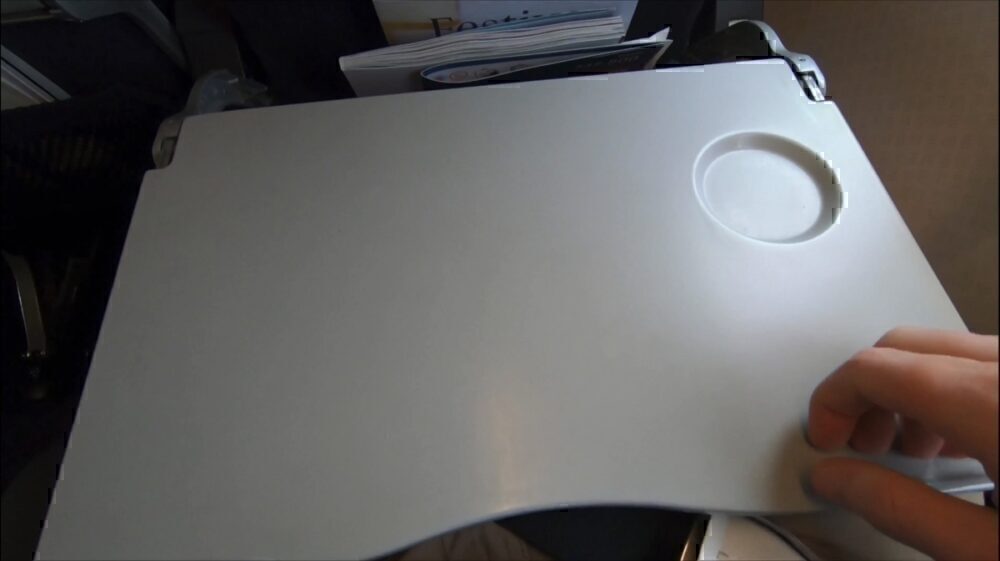 …and legroom is acceptable. Seat pitch on these 737s is 30 inches. 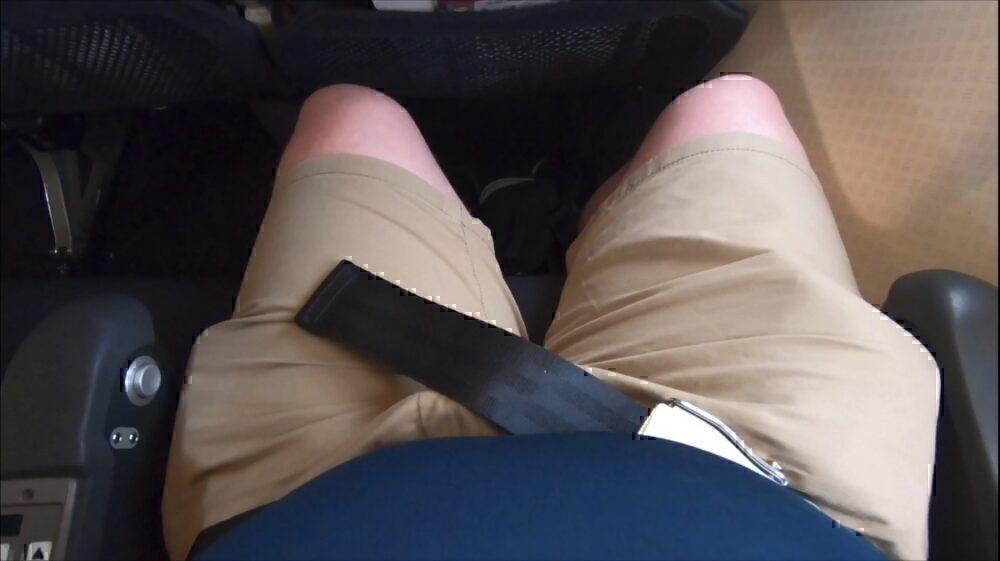 Qantas has incorporated tablet holders into the seat backs in lieu of in-seat flight entertainment screens. 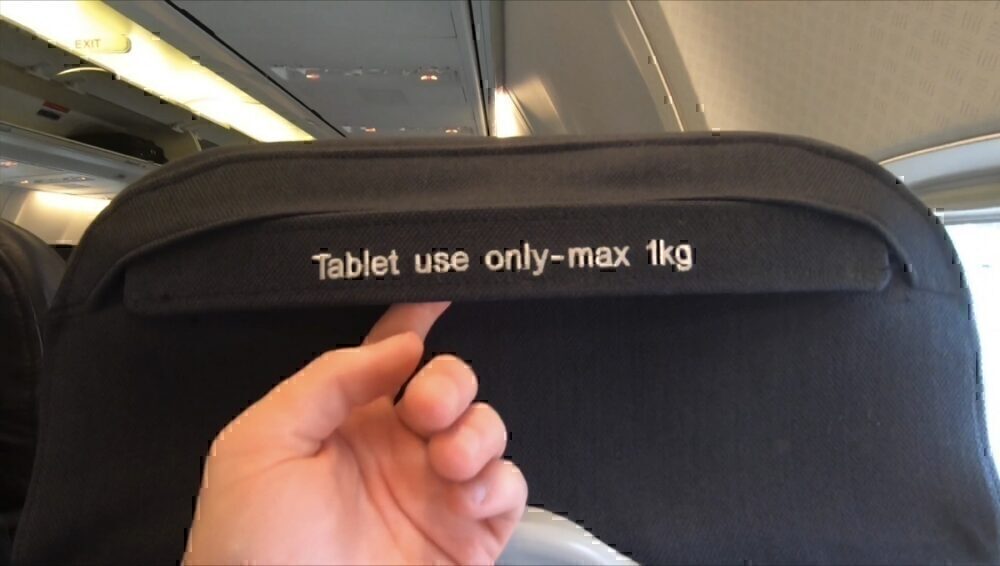 There’s also the choice of radio stations and pre-mixed music playlists in the arm rest consoles, but I don’t think many people use these any more. Still, it’s quite nostalgic to see them still flying around in some airline cabins! 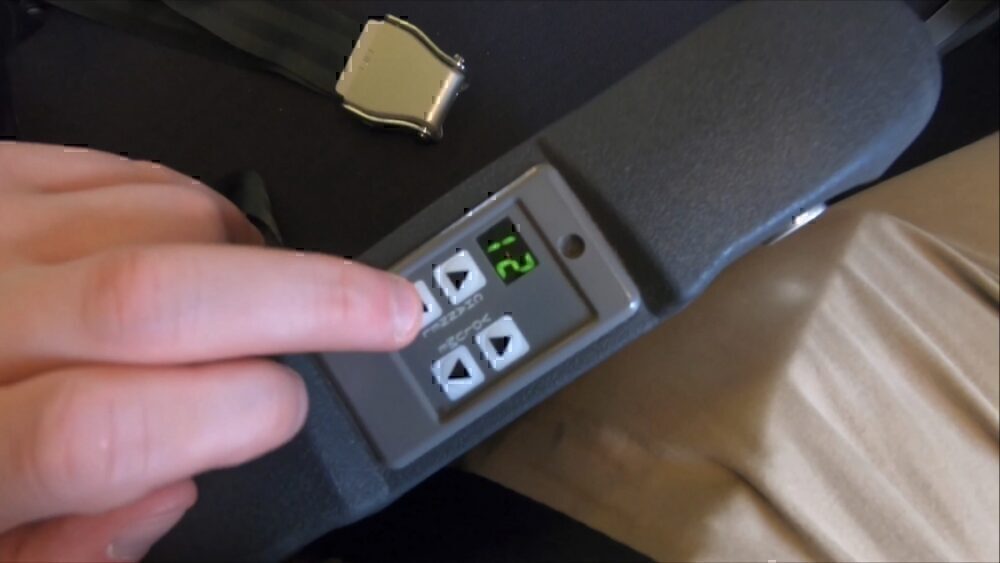 A real highlight: free and fast internet, which is activated by using your name and seat number in the landing page. The WiFi was powerful enough to stream HD YouTube videos without buffering whatsoever, so that’s a huge plus in my book. 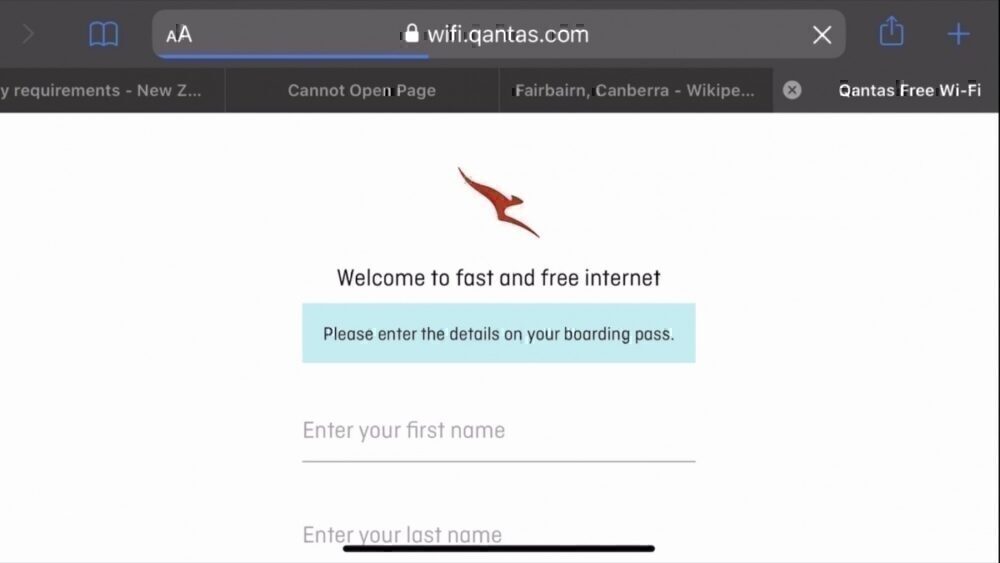 There’s some entertainment options available through the WiFi, which is a better option than using communal screens. These seem mostly redundant and showed only OneWorld-themed adverts the whole flight. 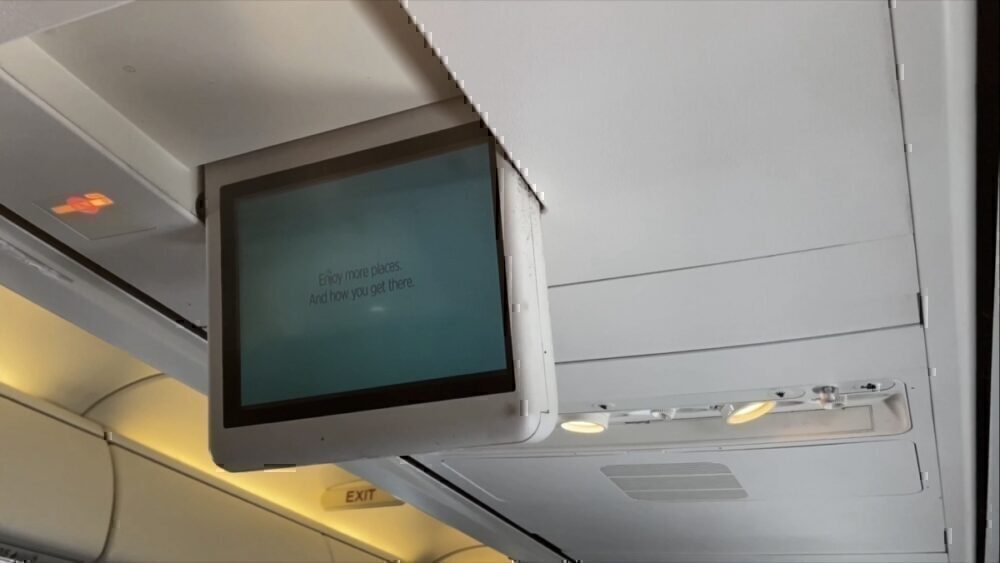 Surprisingly, Qantas serves a hot meal on this 90 minute flight – and a hot one, at that. Free soft drinks are always available on Qantas domestic flights, and free alcohol is served after 4pm (12pm for a select number of key markets). 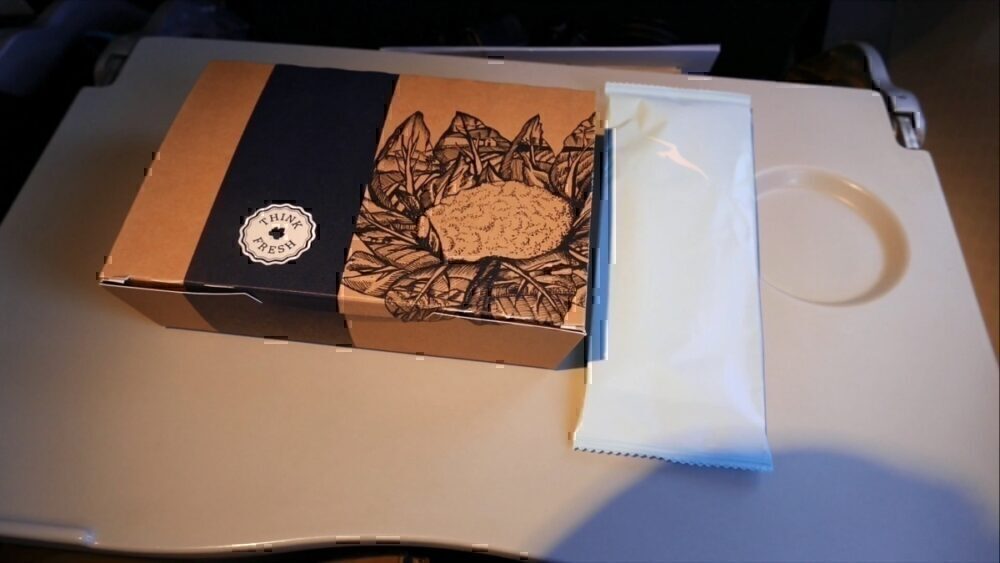 There was only one option – a delicious chilli con carne, served hot with a small naan bread. This was far better than it needed to be and, given the timing of the flight at just after 6pm, would be fine for your evening meal, saving you the hassle of fixing dinner if you were flying home to Adelaide (as most on the flight appeared to be doing). 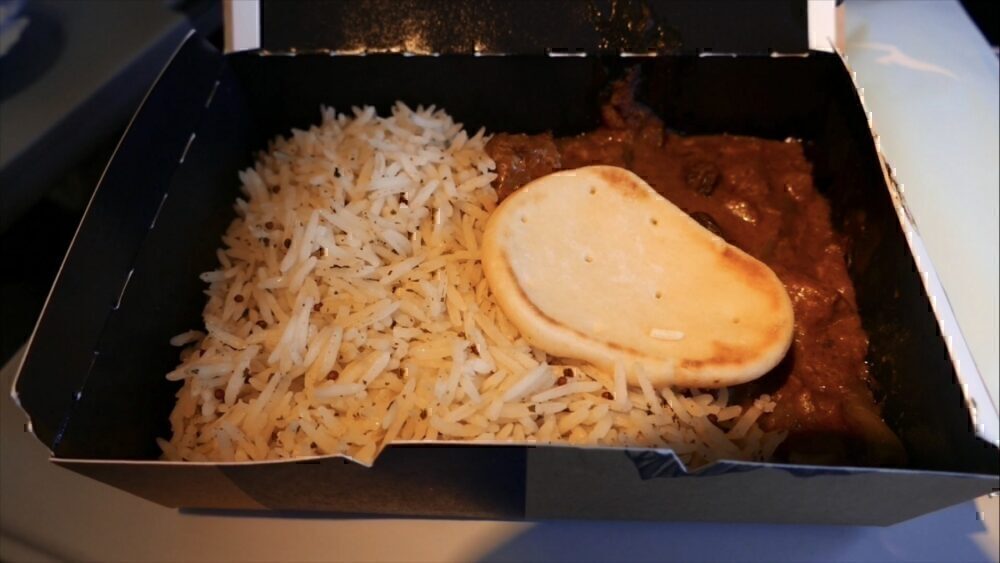 There is, however, one significant caveat with this flight, which featured great service and a fine economy product: the price. Australia’s unique geography gives it a very low population density with most people living on the coasts. Trains aren’t an option for most city pairs in Australia, and flying is a necessity for a significant proportion of the country’s inhabitants. Add into the mix low domestic competition and you get a fare of 400 Australian Dollars, one way. That’s about 200 GBP or 250 USD, for comparison. 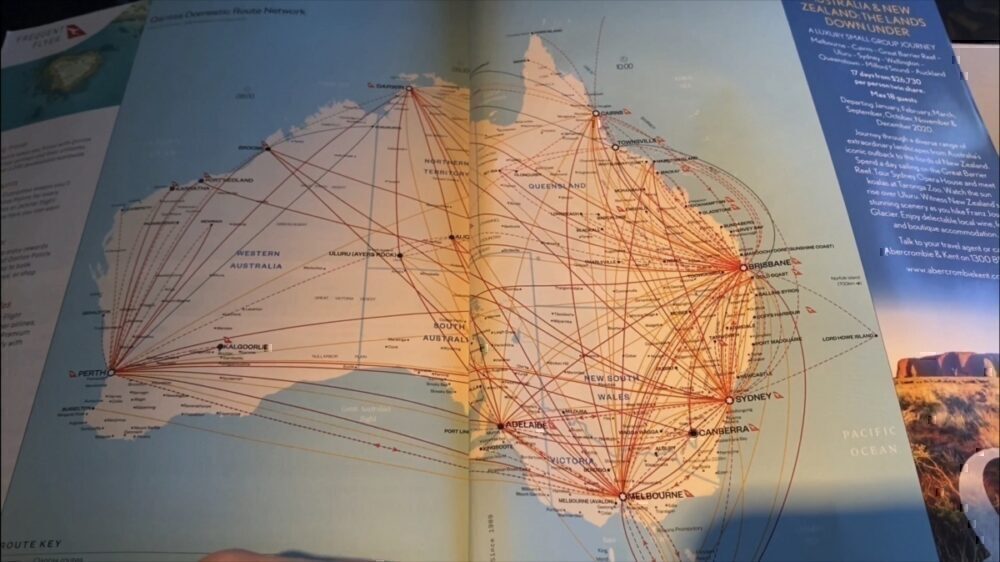 Still, it is what it is, and it just goes to show that I don’t always fly business class! I couldn’t justify a business fare on this short 90-minute trip, which was pricing up at a ridiculous 937 Australian Dollars (over 450 GBP!).

Expect to see a few more economy videos from my time in Australia, including Virgin Australia and Jetstar! 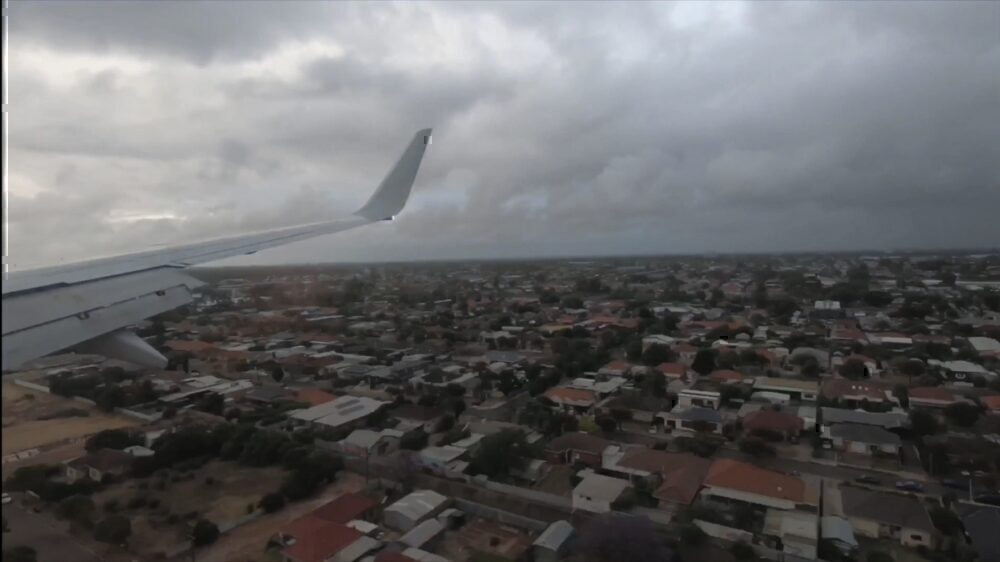