Rumors and speculation swirled over the weekend that Qantas was operating its last ever 747-400 flight. The speculation centered on QF28, a flight between Santiago and Sydney that landed on Sunday afternoon, Sydney time. Contrary to media reports, Qantas has since confirmed to Simple Flying that this was not the last 747-400 flight.

Qantas is parking its planes

The airline is in the process of operating its final long-haul flights prior to parking the majority of its aircraft. Qantas announced on 19 March that it was suspending its international operations. That announcement led to a low-level round of speculation about the future of its remaining 747-400 fleet.

The airline has just five 747-400s left in its fleet, all of which are scheduled to be retired by the end of this year.

The flight from Santiago on the weekend was the last 747-400 operated flight before the aircraft are parked – not retired. While there is no immediate end in sight to the aviation crisis, Qantas hopes to squeeze more flying out of its last 747s when the suspension is lifted.

The previously low-level speculation about the future of Qantas’ 747-400s stepped up several notches on the weekend. An increase in tempo appears to have been started by a blogger repeating gossip and this subsequently bounced around the internet. The story gained traction when mainstream news outlets began reporting it. But as David Flynn of Executive Traveller said yesterday;

“Qantas has not announced any such thing. It’s been ‘reported’, based on what at least one person claims to have been told by a Qantas B747 pilot, and is now running around the blogger echo-chamber.”

He’s right. Qantas has not. Simple Flying has confirmed the speculation to be incorrect.

Over the last week, Qantas has been gradually parking its 747-400s. VH-OEG Parkes flew in from Johannesburg last Monday and was parked. VH-OEH Hervey Bay came in from Tokyo Haneda on Friday morning. The departures from South Africa continued with VH-OEI Ceduna operating a flight from Johannesburg on Friday before been parked. VH-OEJ Wunala has also operated its last flight out of Johannesburg before been parked. Finally, VH-OEE Nullarbor was the last 747-400 in, flying the weekend’s flight from Santiago.

Where Qantas plans to park its planes

Qantas plans to park more than 150 aircraft. These aircraft will come from the Qantas mainline, QantasLink, and Jetstar fleets. They will be parked at various airports around the country.

A fair chunk of those 150 aircraft will find themselves at Avalon Airport outside Melbourne.  Qantas previously did a bit of heavy aircraft maintenance at the airport so it’s familiar turf. Jetstar also operates some scheduled services from the airport. There are a number of Qantas 737-800s and A330s already at Avalon and more are expected

While space is tight at Sydney Airport, Qantas has a jet base there and aims to park about 25 aircraft there, including its 12 strong fleet of A380s.

There is more room to move at both Melbourne and Brisbane Airports. Melbourne can park some 40 planes while commodious Brisbane has room for over 100 planes.

And the five Qantas 747-400s? Word is they are off to Asia Pacific Aircraft Storage in Alice Springs. That facility can park 30 big planes and business is brisk these days. The desert storage yard expects to be operating at 100% capacity shortly.

The 747-400s be well taken care of out there, sitting tight over the dry desert autumn. With things as they are, Qantas can’t say exactly when they’ll have their 747-400s back in the air, but the Queen of the Skies hasn’t had her final Qantas swansong quite yet – that much we can confirm. 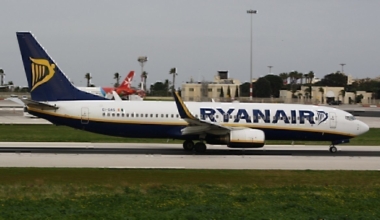 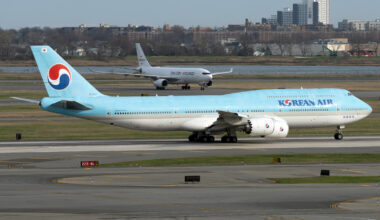