Qantas completed its Boeing 787 ‘Supermoon‘ flight yesterday. The flight offered 180 lucky passengers a view of a once-in-a-generation cosmic event from a special vantage point. The experience was two and a half hours long and is part of the ‘flights to nowhere’ trend that’s been on the up since last year.

Flight QF1250 departed Sydney Airport at 19:47 local time, a few hours after the sunset and before the lunar eclipse was set to be visible. The aircraft briefly flew over New South Wales before heading out over the Tasman Sea. At an altitude of 43,000 feet, passengers were likely the closest to the moon at this moment!

Once over the water, the route map became quite interesting. The flight made several loops as passengers onboard enjoyed the views outside the window. The lunar eclipse meant that the moon had a unique orange color and larger shape, caused due to the moon reaching the closest to the Earth in its orbit.

However, this flight was more than just for the views. The passengers also got a chance to enjoy Qantas’ world-class international flight service. Special menus were made for this service as many onboard missed the experience of flying a widebody to their next international adventure. Cosmic cocktails and “supermoon cakes” were on the menu!

The aircraft touched down in Sydney 2 hours and 40 minutes after departing from the city. Onboard, CSIRO astronomer Dr. Vanessa Moss was present to keep passengers informed about the rare phenomena they were witnessing.

If you think Qantas’ supermoon flight is a must-do, you won’t be alone. Tickets for this service sold out in just 2.5 minutes, likely leaving hundreds without the chance to fly this special route. However, this would hardly come as a surprise to those in the know, with Qantas’ scenic flights routinely selling out in a matter of minutes as grounded Australians look for a chance to travel again.

The aircraft flying this route was one of Qantas’ Boeing 787-9s, registered VH-ZNE and nicknamed Skippy. This particular aircraft has been busy in recent days, flying the repatriation flight from Istanbul on behalf of the Australian government and domestic hops between Perth and Sydney.

If you didn’t manage to secure a flight on this flight, fret not. With Australia announcing plans to keep its border closed until mid-2022, Qantas likely has several more similar ‘flights to nowhere’ planned in the near future. Next time, stay tuned on Simple Flying to know about the latest special flights!

What do you think about Qantas’ flights to nowhere? Would you take one of the flights? Let us know in the comments! 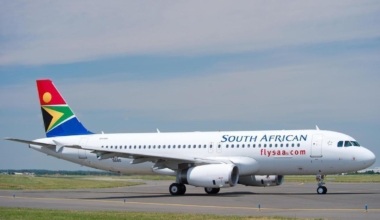