A Qantas A380 en route to Sydney was diverted to Noumea, New Caledonia, last week due to bad weather. Passengers spent 24 hours accommodated in hotels around Noumea. Frankly, there are worse things in life than that.

There were severe storms in Sydney on Saturday morning. Normally, QF8 would divert to Brisbane, but the bad weather stretched up Australia’s east coast. The 17 hour plus flight pushes the limits of both crew duty times and the aircraft’s range. It isn’t unusual to see this QF8 diverted.

Diversions of QF8 not unusual

Flight tracking software FlightAware shows the QF8 departure from Dallas Fort Worth the previous evening, Wednesday 15 January 2020 was diverted to Brisbane. Then, just days after the unexpected weekend sojourn in New Caledonia, another QF8 flight had to divert twice – first to Nadi for a medical emergency, then to Auckland because continuing onto Australia would exceed the crew duty limits.

According to a report in New Caledonia 1st, the passengers who spent the night in Noumea were taken back to the airport on Sunday morning to continue their flight to Sydney. The overnight stay allowed a mandated 12-hour rest period for the crew. The same aircraft operated the final leg into Sydney.

The flight arrived into Sydney at lunchtime on Sunday, 18 January 2020. The aircraft departed later that afternoon for London Heathrow via Singapore.

A380 big enough to cause a stir in Noumea

The arrival of such a big plane into Noumea’s airport caused something of a local stir. Normally the largest aircraft the airport sees are Aircalin’s A330s. But La Tontouta Airport’s runway is 3,250 meters, capable of hosting both 747s and A380s. The airport is a recognized international diversion airport and it does see a number of unscheduled aircraft pop in from time to time.

Last year a United Airlines 787-9 traveling from Melbourne to Los Angeles made an unexpected arrival after smoke was smelt on-board. One passenger later said on FlyerTalk;

“Emergency landing here in Noumea, New Caledonia due to smoke in the cockpit. Landed safely without incident. However, it was a bit unsettling to see the aircraft dumping fuel over the ocean before landing. Also, it was my first time seeing the flight attendants demonstrate how to do the “brace position”.

“Hope to get more info on when we can leave the island (hopefully tomorrow morning). New Caledonia is a beautiful place. United and the people of New Caledonia have taken good care of us.”

While the La Tontouta Airport’s runway is fine, what does constrain things at Noumea’s airport is limited space and a general lack of infrastructure to cope with more than one large plane on the tarmac and sudden influxes of passengers.

When one of AirCalin’s A330s is on the ground and the airport is dealing with that, the unexpected arrival of a 747 or A380 can place a real strain on the airport’s capabilities. There have been instances when this has happened, and passengers have been kept on the second or third plane for several hours whilst the airport dealt with the first arrival.

Several years ago, after a Qantas A380 went tech and diverted to Noumea, Qantas sent a Boeing 747 out to pick up the passengers. Apparently, space on the tarmac was tighter than a Saturday morning in the Costco carpark.

For its part, La Tontouta Airport has spent the last few years updating and expanding infrastructure. The airport is now serving over half a million passengers a year and it has increased terminal space, created some more aircraft parking bays, and upgraded security.

All of which the airport will probably need as aircraft keep on diverting there and giving their passengers an unexpected island stopover. 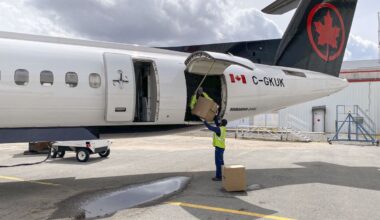 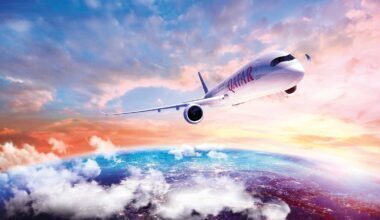 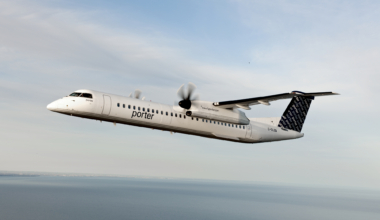 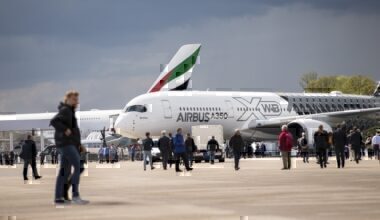