Qantas Fleet Renewal: Why The Airbus A220 Is Ideal

Next year, Qantas will make a decision about the Airbus A220. On the surface, it looks like a good fit for the airline as it looks to phase out its Fokker 100s and Boeing 717s. Qantas has queried the high list price for the aircraft but we suspect there’s room for negotiation there.

Here’s why we think the A220 is ideal for Qantas.

It is slightly smaller than the workhorse of the Qantas fleet, the Boeing 737-800. Like the 737-800, either of the A220s have to range to fly nonstop between any domestic destinations as well as existing and potentially new short to medium-haul international flights. Hypothetically, we are talking Adelaide to Christchurch, Melbourne to Port Moresby, Perth to Jakarta.

Why the A220 makes sense for domestic use

On the domestic front, passenger numbers on many routes simply don’t warrant the 737-800s. Sure, Sydney – Melbourne – Sydney may be one of the busiest routes in the world, but outside the southeastern triangle, routes are often much longer and far skinnier in terms of passenger numbers.

Here’s a couple of airports where I could see the A220 being right at home.

Send a few to the Goldie

Qantas has a complicated relationship with the Gold Coast. In the 1990s, it had lots of capacity into Coolangatta. In the noughties, it abandoned the airport entirely. This decade, it has crept back to town in a limited way.

Qantas’ return does make sense. Coolangatta is a busy airport. Coolangatta – Sydney is the fourth busiest airline route in the country. There is ample scope for Qantas to base some A220s here and send them out to destinations like Adelaide or Auckland. You could also swap out the 737-800s and send the A220s down to Sydney and Melbourne.

Tasmania would be a perfect fit

Tasmania is another natural for the A220. Qantas flies 737-800s into Hobart and Q400s in Launceston. The A220 would slot nicely into both airports. Launceston is big enough to sustain something bigger than the Q400s but not necessarily as big as the 737s.

While Hobart has the passenger numbers to sustain 737-800 flights, it is hampered by lack of frequency, notably on flights not coming to or going from Melbourne. The A220 means the city could retain jet services but also benefit from increased frequencies.

It would also open up possible mainline Qantas routes such as Hobart – Adelaide, Hobart – Brisbane, and Hobart – Canberra.

Canberra is another airport that would make a good home for the A220. This airport is now served by a mix of turboprop and jet services. QantasLink does fly its 717 aircraft in as a smaller alternative to the 737-800. The A220 could seamlessly take over the 717 operations in and out of Canberra.

There is a lot of scope for Qantas to work with the A220. It fills a handy niche for the airline in that sub-737 capacity space. Qantas is reportedly not in a mad hurry to make a decision about the A220 but recognizes it will have to do so at some stage, naming 2020 as decision year. If they can work out an acceptable price, the A220 would be an ideal aircraft for Qantas. 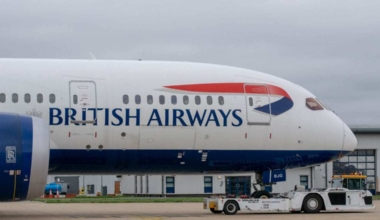 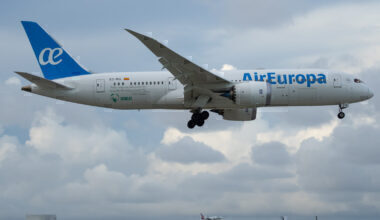 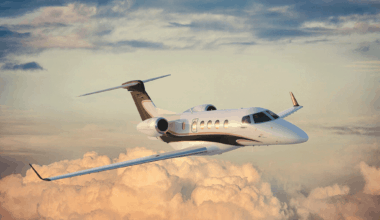