Why The Airbus A380 Works For Qantas

A lot of pundits have written off the A380. Its day is done, they say. That line is pushed along by some airlines permanently retiring all or part of their A380 fleets in the past year. But Qantas’ Alan Joyce is swimming against the A380 tide. He reckons his fleet of A380s will work flying for the Australian airline in the future.

Qantas has a fleet of twelve A380s. The first came into service in 2008, the last in 2011. When that first A380 landed in Sydney, then Qantas CEO Geoff Dixon said the aircraft offered Qantas the opportunity to reinvent their product.

“This revolutionary new aircraft offered capacity and operating savings, as well as environmental improvements,” he said.

Back then, Alan Joyce was busy running the Qantas low-cost subsidiary airline, Jetstar. But Mr Joyce assumed the top job at Qantas just as the A380 fleet began powering up at the airline. Under Alan Joyce’s watch, the aircraft embedded itself at Qantas and headed off to North America, Europe, and Asia.

Passengers generally liked the plane. But you get the impression Mr Joyce was never wildly enthused about it. Originally, Qantas ordered 20 of the A380s. They took the 12, deferred delivery of eight, and formally axed the order for those outstanding eight in 2019.

“These (eight) aircraft have not been part of the airline’s fleet and network plans for some time,” Qantas said when that happened.

Did putting the Qantas A380s into long term storage signal their demise?

When Qantas abruptly suspended its international operation last March and made the decision to send all 12 Airbus A380s to California for long term storage, many thought it signaled the death knell for the aircraft at Qantas. After all, just as Qantas sent the planes across the Pacific, it also wrote down any outstanding value on the planes.

“We do believe there is a need for that (a380) fleet. We do believe it will generate cash,” he told Eurocontrol’s StraightTalk last week.

“If you look at the Qantas network, there are going to be opportunities to deploy these aircraft.”

Alan Joyce says A380s have a future at Qantas

Mr Joyce thinks the A380 can work in big airports that are capacity and slot constrained. He cites both London Heathrow and Los Angeles International as examples.

“If you’ve ever been in LA between ten o’clock and midnight, you see six or seven Qantas aircraft departing for Australia because that’s the only time that works for curfews.”

In Mr Joyce’s view, on long-haul routes at airports like LA, one Airbus A380 can take the place of two Dreamliner flights. But first, the economics have to work.

The A380 is a lot more expensive to operate than the Dreamliner. But putting an A380 on selected routes can make sense. In 2019, Simple Flying reported how the A380 between Dallas Fort Worth and Sydney made the airline USD$428 million in annual revenue.

Ultimately, it all comes down to making money. Now the A380 are written down, the ongoing running costs of the planes drops substantially.

“An A380 that fully or nearly written down that generates cash will absolutely work at airports that have slot restrictions, like Heathrow,” says Mr Joyce.

Despite this upbeat message, Qantas has no plans to re-introduce the A380 before 2023. A lot can change between now and then. But judging by what Qantas is saying right now, their A380s will be heading back to their former airports at some point in the future. 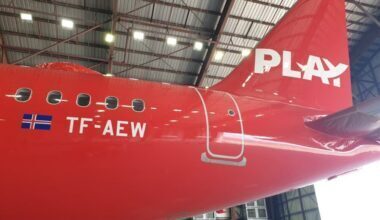 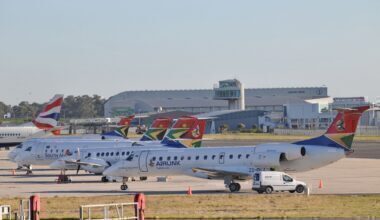 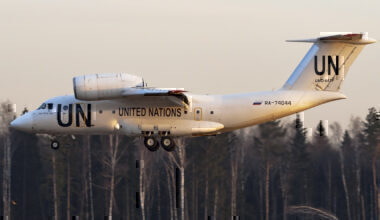 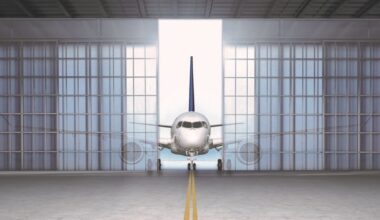