First of a dozen Qantas A380s to relocate to Victorville

While no-one was expecting the Qantas A380s to take to the air and fly passengers anytime soon, Qantas boss Alan Joyce further dampened any expectations in a news conference in late June, saying,

“The aircraft are being put into the Mojave Desert, where the environment protects the aircraft because we have the intention at the right time to restart them, but that is a considerable amount of time away.

“The A380s have to remain on the ground for at least three years until we see those international volumes brought back.

A bleak forecast from Qantas

It is a bleak outlook from an airline that has a history of over-promising and underdelivering. COVID-19 has seen Qantas reset its messaging. The future scenario Qantas now paints for its A380s and international flying, in general, is gloomy.

“We think international will take a long time – nothing this next financial year— and next July, we may start to see some international services and that will only get us to 50% the following year,” said Alan Joyce.

But with no resumption of A380 services on the horizon, the pace of relocating the planes to Victorville could pick up.

The Qantas A380s will be in good company at Victorville

Victorville is just 145 kilometers northeast of Los Angeles and is on the site of the former George Air Force Base. While the airport is best known as an aircraft storage location, it is also an extensive maintenance and logistics hub.

The primary maintenance, storage, and dissemble business at Victorville is ComAv Technical Services. They provide asset management, technical services, integrated aviation solutions, engine management, and airframe disassembly for up to 500 aircraft. They also have hanger space for 20 large aircraft.

The parking of the Qantas A380s at Victorville is part of some significant changes at Qantas. The airline’s last Boeing 747 is leaving in mid-July. An airline that was synonymous with big planes is now boasting A330s and Boeing 787-9s as its big capacity planes. That is a big change. 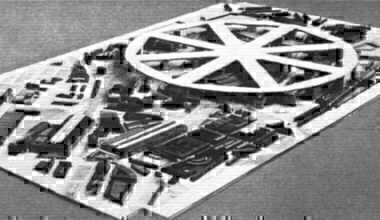 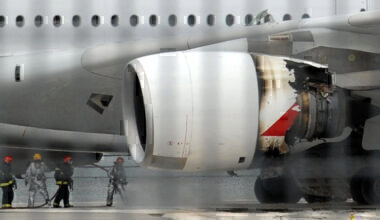 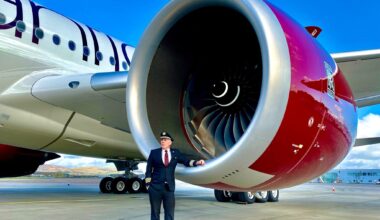