Champagne corks are popping in Toulouse today after Airbus locked in a multi-billion dollar aircraft commitment from Qantas. In a major announcement on Thursday morning (Sydney time), Qantas said it would buy 40 aircraft from the A320neo and A220 families with options for a further 94 aircraft. Qantas and Airbus are expected to finalize the order by June 30, 2022.

Qantas to buy Airbus A321XLR and A220 aircraft

The first 40 aircraft will comprise 20 A321XLR (extra long-range) and 20 A220 planes. With the options on the table, Qantas will potentially take 134 new narrowbody Airbus aircraft over a ten-year delivery period.

“This is a long-term renewal plan with deliveries and payments spread over the next decade and beyond, but the similarly long lead time for aircraft orders means we need to make these decisions now,” said Qantas CEO Alan Joyce on Thursday.

“This is a clear sign of our confidence in the future, and we’ve locked in pricing just ahead of what’s likely to be a big uptick in demand for next-generation narrowbody aircraft.”

A bitter blow for Boeing

The order will allow Qantas to begin replacing its domestic Boeing 737-800 workhorse aircraft. The airline has 75 Boeing 737s flying passengers, the oldest of which have just turned 20. But over 20 of those 75 planes are 18 years or older. The A220 order will see Qantas’ 20 strong fleet of Boeing 717-200s also phased out.

The news will come as a bitter blow for Boeing. Qantas has long had a Boeing lean, having flown fleets of Boeing 717s, 737s, 767s, and 747s until recently. But Airbus has been making inroads into Boeing’s dominance at Qantas. Today’s announcement will see Qantas become a predominantly Airbus airline in the years to come.

Just last week, Alan Joyce argued Boeing was still in the race. “Qantas has Boeing 737s today, so it makes sense for us to stick with the Boeing aircraft,” he said at CAPA’s Asia-Pacific Aviation Summit. But he admitted he was also a fan of the narrowbody Airbus aircraft operated by low-cost subsidiary Jetstar. He called the A320neo and A321neo aircraft Jetstar has on order “amazing aircraft.”

“The A320 will be new for Qantas Domestic, but we already know it’s a great aircraft because it’s been the backbone of Jetstar’s success for more than 15 years and more recently operating the resources industry in Western Australia,” said Mr Joyce today.

Boeing gets a nod, but no business, from Qantas

Boeing has spent much of 2021 restoring its order book to its normally healthy status. The US aircraft manufacturer will double the number of planes delivered this year compared to 2020. Securing an order from Qantas would have capped the year off nicely for Boeing.

Instead, Airbus has the opportunity to end 2021 on a high. In addition to locking in the Qantas business, Airbus is likely to emerge as the winner in the soon-to-be-announced fleet replacement order from the Air France-KLM Group.

On Thursday, Alan Joyce acknowledged the efforts of Airbus, Boeing, Embraer and the engine manufacturers to win the business.

“This was a very tough choice to make,” the Qantas CEO said. “Each option delivered on our core requirements around safety, capability and emissions reductions. But when you multiply even small benefits in areas like range or cost across this many aircraft and over the 20 years they’ll be in the fleet, Airbus was the right choice as the preferred tenderer.”

Boeing suffered a similar fate in the race to become the preferred Project Sunrise aircraft – close, but no banana.

Mr Joyce added the Airbus deal had the advantage of providing ongoing flexibility within the order. He says this allows Qantas to keep choosing between the entire A320neo and A220 families depending on its changing needs in the years ahead. The ability to combine the Jetstar and Qantas order for the A320 type was also a factor.

“The combination of small, medium, and large jets and the different range and economics they each bring means we can have the right aircraft on the right route.”

Qantas says it will make further announcements about the order over the coming months. 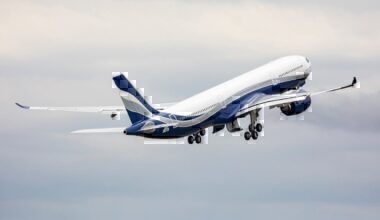 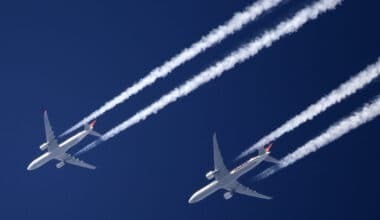 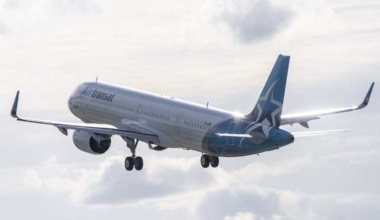