Qantas To Send Boeing 787s For Desert Storage Alongside Its A380s

Qantas is set to mothball several Boeing 787 aircraft as the global aviation downturn continues. The Australian flag carrier will send the single deck aircraft to the Mojave Desert to rest alongside its Airbus A380 and its recently retired fleet of the Queen of the Skies, the jumbo Boeing 747 aircraft. However, while the 747s are permanently retired at the Air and Space Port in Mojave, the 787 aircraft will go to a different facility slightly further south, Victorville, where the A380s are also stored.

Across the world, the aviation industry is showing some signs of recovery. However, the recovery is speeding along much more in some countries than in others. With Australia’s borders mostly closed, Qantas is relatively limited in how much it can recover from the situation.

Sending widebodies to the California desert

Qantas sending widebodies to the Californian desert is nothing new. However, the 787s due to fly across the Pacific Ocean are the smallest yet. According to the publication Executive Traveller, a large portion of the airline’s Dreamliner fleet will be sent to the Mojave Desert.

The publication reported a Qantas representative as saying,

“From September, most of the (Boeing 787) fleet will be positioned up to Victorville in the USA. In June we said around 100 of our aircraft would be stored for up to 12 months, some for longer, and our 787 fleet is part of that.”

Qantas will store its 787 Dreamliner aircraft at the same facility as its mothballed Airbus A380 giants. That’s the giant storage area at Victorville, California.

Earlier in the summer, the Australian flag carrier flew the majority of its A380 aircraft to the desert storage location. The facility is convenient, as it is a reasonably short drive from the Qantas maintenance base at Los Angeles International Airport. Two A380 aircraft remain in Dresden, where they underwent cabin refits recently.

Just next door, at the Air and Space Port in the Mojave Desert, are several of Qantas’s now-retired Boeing 747 aircraft. The airline decided to pull the plug on the jumbo jet earlier this year due to the current situation.

While many were upset at the death of the Queen, Qantas did not let the event go unnoticed. The operator flew several select one-off farewell flights before the final aircraft was retired. On its final journey, the last plane even painted the Qantas logo in the sky with its flight path.

However, no such celebration has been planned for over the A380 or the 787. This is for one relatively simple reason. Qantas plans to bring both of the types back into service following the current crisis. How long they will remain on the ground in the Californian desert, however, is anybody’s guess at present.

When do you think Qantas will return the Boeing 787 service? Let us know what you think and why in the comments! 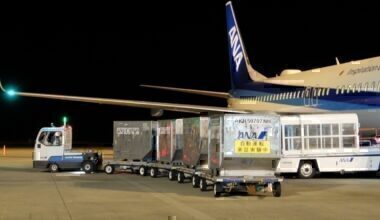 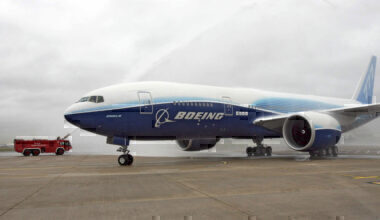 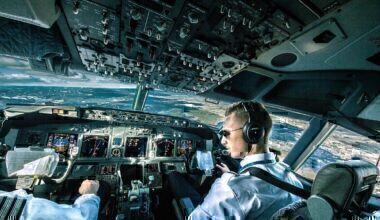