Qantas Group has announced that its employees will be subject to a COVID-19 vaccination mandate, building on its goal set in late July. All frontline employees must be fully vaccinated by November 15th, 2021. This includes cabin crew, pilots, and airport workers who interact with customers on a regular basis.

The remainder of Qantas’ employees must be fully vaccinated by March 31st, 2022. This includes employees who work behind the scenes to keep the airline running smoothly and maintaining its excellent safety record.

There are exemptions for those who are unable to be vaccinated. However, the exemptions are expected to be incredibly rare as Qantas requires a documented medical reason to get out of a vaccination mandate. This will also extend to the airline’s low-cost brand, Jetstar, and its employees.

Some of Qantas’ employees already have to be fully vaccinated. Workers supporting international flights in New South Wales, South Australia, and New Zealand must be vaccinated by those jurisdictions.

“Having a fully vaccinated workforce will safeguard our people against the virus but also protect our customers and the communities we fly to.

“One crew member can fly into multiple cities and come into contact with thousands of people in a single day. Making sure they are vaccinated given the potential of this virus to spread is so important and I think it’s the kind of safety leadership people would expect from us.

“We provide an essential service, so this will help guard against the disruptions that can be caused by just one positive COVID-case shutting down a freight facility or airport terminal.”

Before enacting this mandate, Qantas sent a survey to 22,000 employees to seek their views on the COVID-19 vaccination. The airline received 12,000 responses and used it to guide its policy.

Digging deeper into the data, 77% of respondents had received at least one dose at the time of the survey. 60% of respondents were already fully vaccinated. Another 12% had booked or are planning to book their vaccination appointments.

Not everyone is pleased

The Transport Workers Union (TWU) has slammed Qantas for the announcement. While it is not opposed to the vaccine themselves, the union is more concerned the lack of a plan to get employees vaccinated. It highlighted concerns workers have addressed with getting vaccinated or concerns of losing pay to get vaccinated.

“Qantas has jumped the gun yet again ahead of the Attorney General’s roundtable today of ACTU and employer associations on vaccination take up. This snap announcement is completely void of a plan to support workers to get vaccinated by November. Workers have spoken out about the difficulties they’ve faced accessing the vaccine, but Qantas has refused to listen. Qantas’ own survey shows vaccine hesitancy is extremely low, yet Qantas has pushed ahead with another unilateral decision that will heap unnecessary stress onto workers.

“Qantas knows that workers are worried about losing out on pay or shifts that could earn them penalty rates while trying to get vaccinated and recovering from side effects. This means nothing to Alan Joyce, who enjoyed an $11m pay packet last year but means everything to workers who’ve been dragged through hell and battled with uncertainty and the prospect of financial ruin over the last 18 months.”

The union also indicated that cabin crew and pilots had a 78% support rate for rapid pre-flight testing of crew and passengers to reduce inflight risks. The union and Qantas are separately in court for reinstatement and compensation for outsourced workers.

“It’s clear that vaccinations are the only way to end the cycle of lockdowns and border closures and for a lot of Qantas and Jetstar employees that means getting back to work again. This was one of the largest responses to any survey we’ve conducted, even with thousands of our people stood down, which shows just how important this is for them.”

Australia is almost entirely shut down for international travel. Internationally, there was a lot of hope for the travel bubble between New Zealand and Australia. That bubble popped in July.

For the last year and a half, the country has also seen various states and territories enacting their own travel restrictions and lockdowns – which Qantas has had enough of. This has led to a vastly reduced and somewhat chaotic domestic and international travel environment.

Australia, meanwhile, has doubled down on its strategy. The country’s Prime Minister, Scott Morrison, announced a plan at the end of July to reopen borders with a four-stage plan, with a major goal being 80% of Australian adults fully vaccinated. However, the plan seems to outline that quarantines and international restrictions may remain for a few years.

The latest update from the Australian government has only 26.9% of people over the age of 16 fully vaccinated, with 48.7% of the same population has received at least one dose. There is plenty of room left to go, and Qantas is looking to get ready for when that day comes with a COVID-19 vaccination requirement for its employees.

What do you make of Qantas’ COVID-19 vaccination mandate for employees? Let us know in the comments! 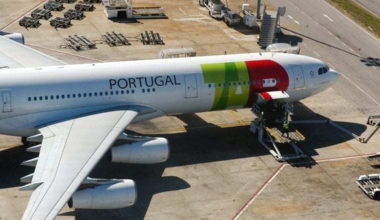 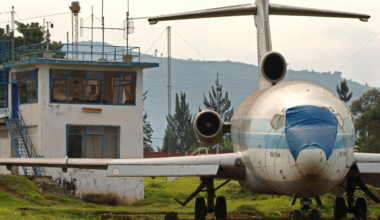 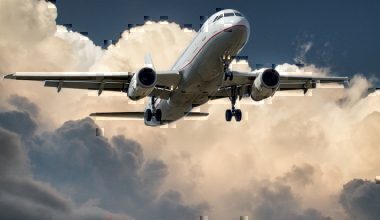 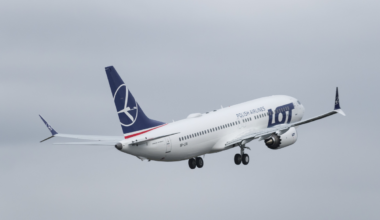