Two thousand more Qantas and Jetstar employees will lose their jobs after the airline confirmed it would outsource ground handling operations at 10 airports across Australia to cut costs. The move will save the Qantas Group US$73.5 million annually as it hands over ground handling to external contractors including Swissport in the first quarter of 2021.

“This is another tough day for Qantas, particularly for our ground handling teams and their families,” said Qantas Domestic and International CEO Andrew David, yesterday.

Qantas hasn’t yet disclosed who has won the business, but Simple Flying has been informed Swissport snagged nearly half the business.

“We have used these specialist ground handlers at many Australian airports for decades, and they’ve proven they can deliver a safe and reliable service more efficiently than it’s currently done in-house,” says Mr David.

Qantas warned it was looking at outsourcing its remaining ground handling operations in August. The Qantas and Jetstar ground handlers who faced losing their jobs submitted their own bid via the Transport Workers Union (TWU) in the hope of keeping their jobs.

“There is a real risk for Qantas investors and passengers if this work is auctioned off to outside contractors. There is no doubt that standards in service, safety, and security will slip,” said TWU National Secretary Michael Kaine in November.

Qantas unimpressed with bid from employees

Qantas says teams from some individual airports submitted local proposals via the TWU. The airline was happy to accept them but relatively unimpressed by the caliber of the bids.

“Unfortunately, none of these bids met the objectives,” said the Qantas statement on Monday.

“Their resulting national bid was, by their own admission, ‘theoretical’ with no roadmap of how projected cost savings would be achieved.

“While proposals from employees at various ports did include detailed plans that would save around AU$18 million, there remained a significant gap compared to what was offered by third party providers.

“A number of external bidders, some of whom already provide these services at 55 airports across Australia, were able to meet all of the objectives, including reducing annual costs by approximately AU$103 million.”

In response to the decision on Monday, the TWU’s Michael Kaine flayed Australia’s national airline.

“This is a dark day as Qantas management rejects a thorough and competitive bid by its highly skilled and dedicated workers to keep their own jobs.

“To suggest this bid and its cost savings was ‘theoretical’ is an absolute insult to the time and effort which has been put in by workers. The reference to theoretical was the theoretical Qantas flying time schedule which all bids were based on.”

“There is a race to the bottom in aviation with Swissport leading the charge and Qantas cheering them on from the sidelines,” said Mr Kaine.

Scandal ridden or not, it looks like those 2,000 odd Qantas ground handlers will be moving over to the external ground service providers if they want to stay in the game.

What your opinion on this? Should airlines be outsourcing roles such as ground handling? Do commercial business objectives override employee considerations? Post a comment and let us know. 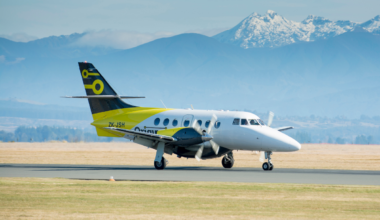 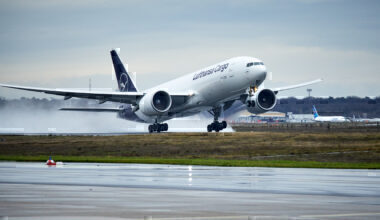