Jet lag affects everybody differently. Some people, like me, get knocked for six by it. Other people can breeze through an airport after twenty-seven hours in the air ready to go out drinking and dancing. With some ultra-long-range flights on the horizon courtesy of Project Sunrise, Qantas is stepping up its research into jet lag and has released some early results.

Getting to grips with jet lag

But to start with, what exactly is jet lag? It’s defined as a temporary sleep disorder. Officially, it’s called desynchronosis. It happens when a person’s natural rhythm and body clock goes out of sync with the natural environment around them.

As we all know, long haul flights over multiple time zones can trigger it. It manifests in tiredness and lethargy or, in my case, a dull thrumming at the front of my brain, scratchy eyes, and a deep desire to sleep for a year. My cheerful response to a friendly Flight Attendant waving a bottle of wine in front of me earlier in the flight doesn’t help.

According to research findings conducted by Sydney University’s Charles Perkins Centre (CPC) in conjunction with Qantas, excessive alcohol is a contributing factor to jetlag. I’m shocked. I could have saved them time and money and told them that for free. Says CPC sleep researcher Dr Yu Sun Bin;

“Drinking more than a few glasses of alcohol will make jet lag worse. It might make us fall asleep faster but beyond a certain point, it also disrupts the quality of sleep and causes dehydration.”

My own extensive field research findings concur with the Doctor’s. But 38% of passengers on long haul flights deliberately give the Sauv Blanc a (un)healthy nudge as a sleep aid. Ten percent of passengers use pills. The pills are interesting.

On frequent flyer forums, where you get the hardcore “I do 280 flights a year” road warrior types, some swear by pills. I guess it comes down to how your body comes out of that sleep.

The Qantas / CPC research covered 500 passengers on flights of nine hours or more. It found over half relied on good noise-canceling headphones to drown out cabin noise to help them sleep inflight. A lot avoided alcohol entirely inflight, drank water, and ate sparingly and as healthy as possible.

Given a lot of long haul flights tend to arrive at their destinations in the morning, participants were split when it came to getting outside that first morning, and getting some fresh air, sunshine and exercise. Only 47% of research participants proactively tried to do so. Dr Yu Sun Bin said;

“We know that getting outdoors for sunlight at the destination is one of the most important strategies for syncing the body clock.”

This is interesting as natural sunlight is a tried and true way to get on top of jetlag. Depending on the weather, I find a morning coffee in a park in the sun helps me get through that first day. But local climate doesn’t always accommodate that. One very frequent traveler I know keeps operating by his home time zones regardless of where he is. It might be breakfast time on the flight he’s on but his watch says its 7.30 pm back home and he’ll order a martini. Of course, he’s not a totally culturally insensitive bore – it’ll be a breakfast martini.

While some of the findings and recommendations from the CPC / Qantas research may seem blindingly obvious, there are some good reasons for the research. There is a trend towards longer point to point flights as aircraft come into service that are capable of making the distance and the economics of ultra long haul flying start to stack up.

Project Sunrise is one example of this trend. But Singapore Airlines operates a marathon Singapore – New York service, Qatar Airways flies Auckland – Doha, and Qantas does Perth – London. These are big flights and depending on your biological response, can prove pretty grueling when you come out the other end.

Qantas is conducting some well-publicized Project Sunrise research flights with the first one happening today, 18 October 2019, when a 787-9 (VH-ZNI) pushes back from JFK at 9.00 pm (New York time) to head down to Sydney. Flying time is 19+ hours. Qantas CEO Alan Joyce says;

“Project Sunrise is pushing the boundaries even further. We know we need to think harder about crew and passenger wellbeing when you’re airborne for almost 20 hours, and that’s why this research is so important.

A lot of what we’ll be doing is world-first. We’ll be fitting pilots with equipment to monitor their brain patterns when they’re on the flight deck and when they’re resting.

“The passenger research will test alternatives to how airlines have managed inflight service for decades. Usually, with night flights, passengers are provided with dinner shortly after take-off and then the lights are turned off. But this may not necessarily be the best way to help reset a passenger’s body clock to the destination time zone.”

Let’s put aside the fact that this flight is a significant moment in aviation history – it will be the first-ever nonstop flight between the United States East Coast and Australia. There’ll only be 50 passengers on today’s flight – Qantas employees, journos on junkets, university boffins and a clutch of favored frequent flyer “volunteers.”

What will be happening on today’s flight?

The pilots on today’s flight will be wearing electroencephalogram brain monitoring equipment, keeping logs, and providing urine samples in order to examine the sleep cycles and alertness of the crew in order to work out the best crew work and rest patterns.

The passengers won’t have to pony up with urine samples, but they will wear devices to track movement and light exposure. Set times will be allocated for out of seat movement and activities. Meals and drinks will be varied, including when they are served, in order to encourage the passenger’s bodies to adjust to the destination time zone. The overall aim is to reduce jet lag and promote inflight health.

Honestly, the flight doesn’t sound like a barrel of laughs. When the flight lands it will be super interesting to get word of how it went and how everybody feels. Naturally, Qantas will probably keep all secret squirrel until it can package everything up nice and neat into a tidy PR bundle, but with 50 people on board and lots of frequent flyer forums to leak information onto, feedback is probably a mere 24-36 hours away.

What are your tried and true jet lag cures? Are you a breakfast martini or spinach smoothie type of long haul passenger? Let us know and post a comment. 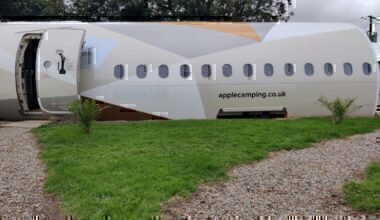 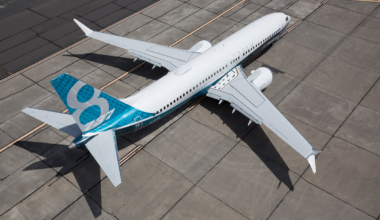