Qantas Draws Kangaroo In The Sky With Retired Boeing 747

Qantas has bid adieu to its final Boeing 747-400 today. But in true Qantas style, the plane isn’t going quietly off into the night. Right now, the jumbo jet has just finished drawing its iconic kangaroo logo off Australia’s east coast. When that’s done, the flight will fly through the night to California and a short spell in long term parking.

“It’s hard to overstate the impact that the 747 had on aviation and a country as far away as Australia,” said Qantas CEO Alan Joyce earlier today. The Boeing 747 opened up inexpensive international travel to Australians and opened Australia to the world.

“The aircraft made a big difference to Qantas. We couldn’t let it go into the desert, to leave Qantas, without one final send-off.”

Last push back from Sydney this afternoon

The aircraft, VH-OEJ Wunala pushed back one last time at Sydney around 15:30 local time today. That was a bit behind the published time, but hey, let’s not dwell on that. Simple Flying was in the Qantas hanger this afternoon. Sydney-based reporter Nick Cummins even got to sign the plane’s fuselage.

Qantas had advised that the plane would take its time leaving Australian shores. Usually, the Los Angeles flights bolt straight out through the Botany Bay Heads and out over the Pacific for the 14-hour trek across to LAX.

We knew the plane would take a swoop over Sydney Harbour and head down to Wollongong to wag its wings at Qantas original 747-400, now housed at an aviation museum south of Sydney. What they did keep manage to keep quiet was this.

A nice publicity move that had people guessing

The slick maneuver had plenty of local locked down plane watchers in a speculative tizz. The plane stopped climbing at 25,000 feet which one watcher described as “a tad unusual.” Plenty of people wondered what was up. Some even thought it was returning to Sydney – that would have been the ultimate indignity.

But local Qantas fans are alive to the smooth but predictable moves of Qantas PR and soon figured out what was going on. However, there was a view, albeit a short-lived one, that the plane would overfly Longreach.

After a lull, it’s great to see Qantas PR back in form. It’s a reassuring return to normality.

So what’s the big deal, you might ask? It’s a big deal because the 747 democratized international travel, it made travel accessible and opened up the world. The end of the Qantas 747 is like saying goodbye to a crusty but favorite old aunt. She’s just there forever, and then she’s gone. The replacements just aren’t quite the same.

But, there are unconfirmed reports that General Electric has bought the final five Boeing 747-400s for engine testing. That means their stay in California’s Mojave Desert will only be temporary. Simple Flying is attempting to confirm this. If correct, the Qantas 747-400s will live on, albeit with a fresh paint job. 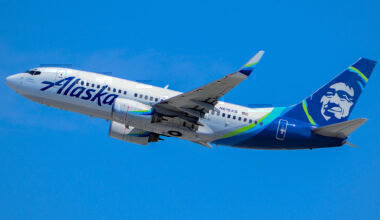 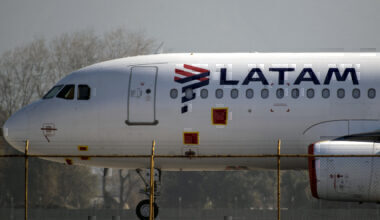 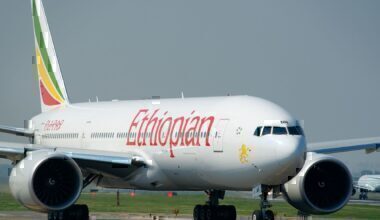 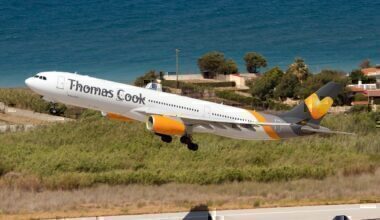 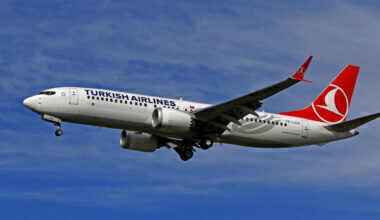