Qantas has announced an annual loss of nearly US$2 billion this morning. Despite having a strong first half to the 2019/20 financial year, there was a US$2.88 billion decline in revenue in the second half. Notwithstanding Qantas’ first loss in years, the Australian airline is remaining upbeat about the future and its ability to survive.

“This is not a standard set of results for Qantas. It is shaped by an extraordinary set of events.,” said Qantas CEO, Alan Joyce in a media call this morning.

Not a standard set of financial results

“COVID-19 has punched a [AU] $4 billion hole in our revenue in what would have otherwise been a very strong year,” Mr Joyce said.

Qantas was on track to post an annual profit of around US$720 million before COVID-19 struck. The airline plans to make savings of around US$10.7 billion over the next few years.

Saying more hard decisions were inevitable, the Qantas boss confirmed the A380s, currently parked in California, would remain grounded for at least the next three years.

Alan Joyce does not expect to see Australia’s international borders open up until the middle of 2021. Further, the airline boss says he doesn’t think Australia will allow travel to and from the United States until a COVID-19 vaccine is available.

Retiring the remaining 747 fleet and putting much of the remaining international fleet into storage reflects this view. Mr Joyce says Qantas doesn’t plan to fly any international routes over the next 12 months. Given that international flying typically generates US$5.75 billion in annual revenue for the airline, that’s a big financial shortfall on the immediate horizon. Further, the airline anticipates fixed expenses of nearly US$600 million just to keep its international planes on the ground until then.

“We will manage flexibly and manage for all scenarios in the coming period. That will hold us in good steed,” said chief financial officer, Vanessa Hudson today.

Mr Joyce argued strongly for relaxation in local stop-start border restrictions, saying the decision should be based on solid health advice rather than kneejerk political reactions.

But local interstate border closures have seen the airline place renewed attention on intrastrate flights, such as Brisbane-Cairns and Perth-Broome. Demand on these routes is how higher than pre-COVID demand, a situation Alan Joyce calls “fascinating.”

“We are optimistic about domestic demand,” he says while indicating that Qantas would focus on domestic flying until at least the middle of next year.

It wasn’t all bad news on the international front. Mr Joyce still wants to get Project Sunrise into the air.  He sees plenty of short and medium potential in domestic flying for both Qantas mainline and Jetstar. He notes recovery will take time and setbacks will occur but he strongly believes Qantas has a bright future.

“The Flying Kangaroo’s wings are clipped for now, but it’s still got plenty of ambition and we plan to deliver on it.” 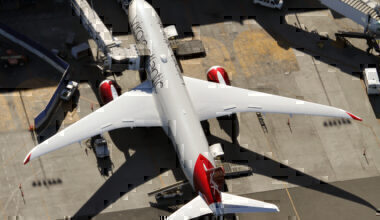 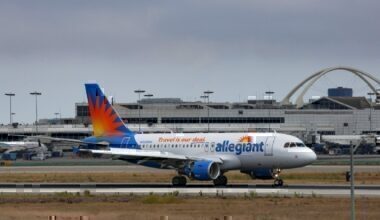 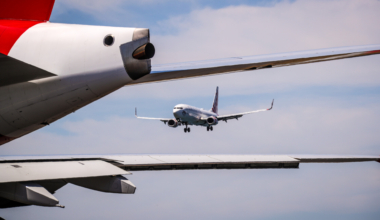 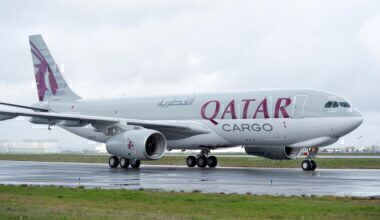