Qantas faces the prospect of legal action as employee labor groups criticize the airline over its response to the coronavirus crisis. Nearly 60 Qantas employees have the virus. Now there is talk of class action. Several labor groups say Qantas failed to adequately protect its employees against the virus. Qantas is having none of it, saying that it takes the health and safety of its employees very seriously.

According to The Guardian, many employees, including cabin crew, are far from happy about the way Qantas has managed to coronavirus risk.

Qantas has said that there have been no confirmed cases of passengers transmitting coronavirus to flight crews. The airline provides PPE for crew and all crew must remain in their hotel rooms during layovers.

In a statement, Qantas said;

“Our aircraft are thoroughly cleaned with disinfectant including high touch surfaces such as in-flight entertainment screens and tray tables.

“The evidence from this outbreak and previous outbreaks of respiratory illnesses suggests that the risk of in-flight transmission is low.”

Clusters and outbreaks among crew

Despite this, there have been some coronavirus clusters among crew. There are 15 cases linked to the Santiago repatriation flight in late March. That flight gained widespread attention amid reports it was to be the last ever Qantas 747-400 flight. In its statement, Qantas says all its infected employees picked up the virus from community transmission overseas.

Another four employees who operated QF7 from Dallas to Sydney in late March also have coronavirus. A week earlier, a Qantas flight operating in the opposite direction to Dallas is alleged to have been carrying passengers off the now notorious Ruby Princess cruise ship.

Separately, 34 Adelaide Airport employees are in self-isolation after an outbreak at that airport. That outbreak spread from Qantas’ baggage handling teams.

Qantas beefs up protocols for crews

To manage the outbreaks and blow-back on the airline, Qantas is toughening its protocols.

Flight crew coming off international flights have been exempt from tough quarantine restrictions after re-entering Australia. That looks set to change. The Australian Health Protection Principal Committee, which advises the Australian government, is recommending self-isolation for returning crew. This is besides a raft of other measures. Qantas is coming to the party, saying it will pay for crew to self-isolate in hotel rooms if they do not want to do so at home.

But these moves aren’t placating employee labor groups. According to The Guardian, members have asked the Flight Attendants’ Association of Australia (FAAA) to “explore options.”

While nearly 60 Qantas employees have coronavirus, some 37 of those are cabin crew. Inflaming the situation, the asthmatic child of one Qantas crew member has caught coronavirus off their parent.

The Transport Workers Union (TWU), who represents ground crew including the Adelaide baggage handlers, have lashed Qantas after serving the airline with legal requests for further information.

“Qantas has told its cleaners and baggage handlers falsehoods right from the start about how this virus spreads and the risk they are exposed to. It refused to listen to their concerns and provide them with the protections and precautions they asked for. Qantas instead shut workers down when they raised their voices.”

“Qantas has complied fully with SA Health’s directions and any employee identified as needing to self-isolate through contact tracing process has been immediately directed to do so.”

The airline also rejects suggestions it is not fully supporting its cabin crew. While maintaining the risk of infection whilst operating flights is low, Qantas says it fully compiling with Australian government and medical advice regarding the health and wellbeing of its crew.

Qantas is down to operating a threadbare service both in Australia and overseas. The Australian government is subsidizing the airline to operate some flights to London, Los Angeles, Auckland and Hong Kong. These flights are in addition to ad hoc repatriation flights to cities such as Johannesburg and Santiago.

The FAAA says crew are fearful about working on these flights.

The labor group’s concerns are up against the Australian government who are keen to maintain some international air links and airlines thirsty for revenue.

Keeping everyone happy will be a fine line for Qantas to negotiate. 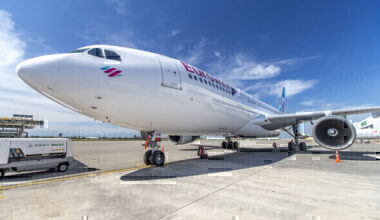