Qatar Airways Seeks Over $600m In Damages From Airbus

Qatar Airways is seeking over $600 million in damages from Airbus over the grounding of its Airbus A350 fleet. The airline is seeking a judgment from the London High Court over the issue, which Airbus says doesn’t affect aircraft airworthiness and is purely cosmetic.

It’s been almost a year since abnormalities were first discovered under the paint of a Qatar Airways Airbus A350. Since then, an escalating row has been brewing between Airbus and Qatar Airways, which reached a head late last year when both parties began examining legal options.

According to court documents seen by Reuters, Qatar Airways is seeking damages worth $618 million in the row with Airbus. The publication adds that Qatar Airways will seek an extra $4 million for each day that one of its A350s remains grounded. The decision will fall before the High Court in London. With 21 aircraft currently out of action, that could get pretty expensive fast.

When Airbus last published list prices in 2018, a brand new Airbus A350-900 was listed as worth $317.4 million. This means that if the court granted Qatar Airways’ request, Airbus would effectively be giving away a full price A350 every 80 days. Of course, airlines never pay the full list price for jets, meaning that the period would likely be much smaller.

The underlying issue between the two parties is to do with the paint applied to Airbus A350 aircraft and what’s happening beneath it. Paint on composite surfaces is degrading faster than had been anticipated by the planemaker.

Qatar Airways alleges that this process damages the aircraft’s structure below the paint, claiming that it would be unsafe to fly the aircraft in such a condition. Airbus argues that the issue is purely cosmetic and that planes are safe to fly. This is a position backed by EASA, the European regulator. Airbus also claimed late last year that Qatar Airways is rejecting short-term fixes that it proposes.

Late last year, it was revealed that the issue wasn’t confined to Qatar Airways, with a previous Reuters report suggesting that Finnair, Cathay Pacific, Etihad, Lufthansa, and Air France (on behalf of Air Caraibes) had all raised concerns about the issue. All of these airlines continue to operate their entire fleets, though it is notable that Lufthansa sent its three oldest A350s to Airbus to be repainted under warranty early last year.

Do you think Qatar Airways will be successful in its claim against Airbus? Let us know what you think and why in the comments below! 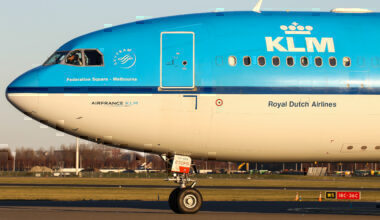 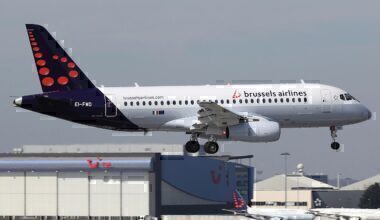 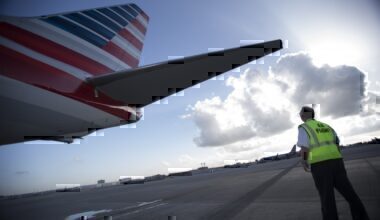