In late March, Qatar Airways grounded its A380 fleet. The airline joined many others around the world in grounding its superjumbos, leaving China Southern as the only airline to maintain A380 services throughout the pandemic. Since the aircraft were grounded, we’ve heard small bits of information on what Qatar Airways has in mind. Here’s what we know so far.

An uneconomical aircraft during the pandemic

In an internal memo shared by Paxex.aero in March, Qatar Airways CEO Akbar Al Baker said of his airline “[we must] further study the costs we incur in our day-to-day business and to reduce or postpone those that are not critical to the airline.”

That’s precisely what Qatar Airways has done throughout this pandemic. The airline limited its schedules and shrunk its active fleet, parking larger aircraft like the A380. Thus, the airline relied more on its smaller long-haul jets, including the Boeing 787 and Airbus A350.

At the end of last month, we wrote about the airline excluding its A380s from its future schedules. According to analysis from Routesonline, it was noted that Qatar Airways wouldn’t fly the A380 until at least June 14th, 2021.

The publication noted that other smaller aircraft would serve on routes traditionally belonging to the A380. To Frankfurt, London, and Paris, the Airbus A380 will be substituted by Boeing 777-300ER aircraft. In the other direction, its Australian A380 routes such as Melbourne, Perth, and Sydney, the Airbus A350-1000 will be used. Besides the A380, these are Qatar’s higher capacity aircraft.

It’s possible that the airline could permanently retire some or all of its A380 fleet. Speaking at a media briefing in May, al-Baker is quoted by Executive Traveler as saying,

“Qatar Airways is parking its 10 A380s and they will not return for at least a year, and maybe never.”

If this were to happen, it wouldn’t be the first action of its kind and therefore not all that surprising. In fact, we’ve already seen German carrier Lufthansa retire some of its A380s while Air France has retired its entire fleet.

Other airlines have retired their Boeing 747s for the same reasons of over-capacity and high maintenance and parking costs. Carriers include British Airways and KLM.

But anything is possible

Of course, as we’ve learned through the absurdity of the past six months, anything is possible. If conditions somehow miraculously improve or a vaccine rolls out sooner than expected, then it wouldn’t be unreasonable to expect particular aircraft to come out of storage early. After all, airlines would be foolish to leave money on the table, when it is so very crucial to recovery. Whether or not this is ‘probable’ is a whole other debate.

Another possibility is that the overall situation goes in the other direction, with industry recovery taking longer than expected. If the airline fails to see the recovery it needs, then its A380s may have already flown their final flights. Ultimately, it is a game of waiting and watching, analyzing the data, and keeping track of bookings. When the time is right, the airline will make a decision one way or another.

In the meantime, we would imagine these A380s are undergoing proper maintenance during their long-term storage and hibernation. This will include tire rotations and the occasional engine and systems startups.

What do you think will happen to Qatar Airways’ A380 fleet? Let us know your thoughts in the comments. 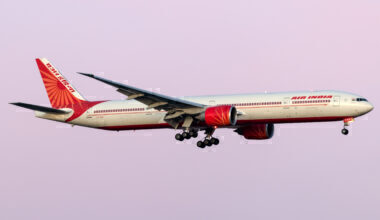 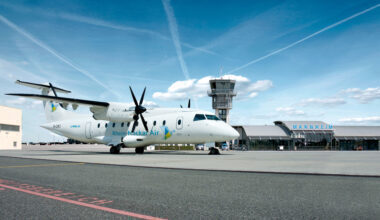