Qatar Airways will soon be able to connect the world the more destinations in the United States with a new codeshare agreement with Alaska Airlines. With the codeshare filed two weeks ago, it looks like the necessary approvals have been granted, as the Middle Eastern carrier made the announcement on June 29th. Qatar Airways says that this new cooperation will provide travelers seamless connectivity between Alaska’s hubs and its own global network.

According to Qatar Airways, the first phase of the codeshare between the two airlines will commence on July 1st, 2021. This will enable Qatar Airways passengers to book travel through to over 150 of Alaska’s routes including major destinations such as Portland, Las Vegas, San Diego, Phoenix, Salt Lake City, Denver, San Jose, Anchorage, and Vancouver.

The second phase of the agreement will give Alaska Airlines passengers the ability to book travel on all of Qatar Airways’ flights between the US and Qatar and beyond.

“This is an important step in advancing our commercial cooperation with Alaska Airlines as we welcome the newest member of the oneworld alliance to Qatar Airways’ list of strategic partners” -His Excellency Mr. Akbar Al Baker, Chief Executive, Qatar Airways Group

As oneworld alliance partners, the frequent flyers of the two airlines’ programs are ensured recognition of their tier status. Thus, Qatar Airways Privilege Club and Alaska Airlines Mileage Plan members can enjoy access to each others’ lounges worldwide through check-in, extra baggage allowance, priority check-in, and boarding. Naturally, the accrual and redemption of miles across the partner carriers’ networks will be recognized.

While Alaska Airlines is obviously a US carrier, it’s not just Americans that could benefit from the partnership. Indeed, Alaska Airlines flies numerous services to cities in Western Canada as well as cities in Mexico and Belize. Therefore, a good portion of global cities can be reached with no more than two transfers on one itinerary, while getting to Doha will require just one stopover.

Ben Minicucci, Alaska Air Group CEO, says that his airline is thrilled to be a part of this “evolving partnership with Qatar Airways.” Minicucci adds that Qatar’s nonstop flights from Alaska’s hubs in Seattle, San Francisco, and Los Angeles to Doha and points beyond “offers our guests tremendous opportunities to visit nearly any country they want.”

Al Baker notes that his airline will soon be expanding services at those three key West Coast US hubs, which makes this partnership even more convenient. In total, the Middle Eastern carrier has 12 US gateways “with access to the most comprehensive network of seamless connections across the United States.”

In case you forgot, those 12 US cities are as follows:

Qatar Airways in the United States

Indeed, oneworld-loyal travelers in the United States should be thrilled with this news, as it further solidifies Qatar Airways as the go-to airline for international travel. Just last year, the airline embarked on a codeshare agreement with fellow oneworld member and former rival American Airlines.

What do you think of this new codeshare? To those who aren’t part of the oneworld alliance, does it make this alliance any more appealing? Let us know in the comments.
16
0
0
16 Shares:
Share
Tweet
Share
Share 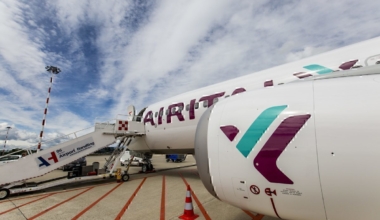 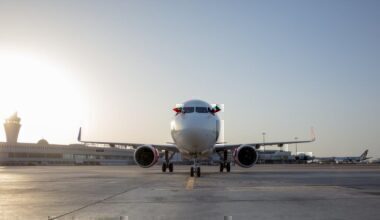 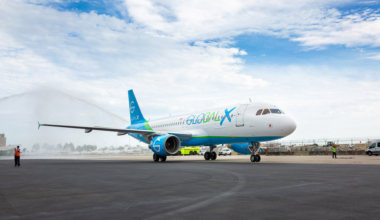