Doha-based Qatar Airways has announced that it has equipped its 100th aircraft with high-speed internet. The Gulf State carrier says it now offers the largest number of aircraft in Asia fitted with high-speed broadband.

The 100th aircraft to be fitted with Super WiFi was Qatar Airways Airbus A350-900 aircraft registration number A7-ALC. Satellite communications company Inmarsat has provided Qatar Airways with its award-winning GX Aviation technology to be fitted on its aircraft.

#QatarAirways is celebrating the launch of its 100th aircraft to feature high-speed ‘Super Wi-Fi’ connectivity, enabling passengers to stay in touch with families, friends and colleagues while on board using the fastest broadband available in the sky. https://t.co/XVezFWLBtH pic.twitter.com/5OoFaTzy3P

Since 2018, GX Aviation technology has allowed millions of passengers to surf the web while flying with Qatar Airways. Passengers on flights fitted with Super WiFi can access the Internet free for one hour and have the ability to purchase more time if needed, including Internet access for the entire flight.

“As a leader of innovation within the global aviation industry, Qatar Airways already operates one of the youngest and most technologically-advanced fleets in the skies. Where other airlines are reducing their WiFi offering, Qatar Airways is expanding it.“With connection to our loved ones and friends now more important than ever during these challenging times, we are delighted to work with Inmarsat and its GX Aviation technology to bring high-speed Super WiFi broadband to passengers on board our fleet as part of Qatar Airways’ exceptional five-star service.”

“Qatar Airways is world-renowned for offering a superior onboard experience, which is enjoyed by millions of loyal passengers across the world. We are pleased that our GX Aviation inflight broadband has become such an important component of that experience on the airline’s extensive fleet. Feedback from passengers has been hugely positive, and now, with the service being available on 100 aircraft, even more, can enjoy the best connectivity in the skies.”

Inmarsat is a leader in satellite communication

Inmarsat is a pioneer and world leader in mobile satellite communications and has been powering global connectivity for forty years in some of the most isolated locations.

Inmarsat owns 13 satellites in geostationary orbit delivering global, mobile connectivity to customers where and when they need it most. Headquartered next to Old Street tube station on the edge of the City of London, Inmarsat employs around 1,500 workers and has a presence on every continent.

Qatar Airways is a state-owned multi-award-winning airline known for its excellent service and young fleet of planes. At the 2019 Skytrax world airline awards, Qatar Airways was named the world’s best airline.

Its home base at Hamad International Airport (HIA) in Doha was ranked third out of 550 airports worldwide, with only Singapore Changi and Tokyo Haneda placing higher.

Have you ever used Qatar Airways Super WiFi, and if you did, what did you think of the speed? Please let us know in the comments. 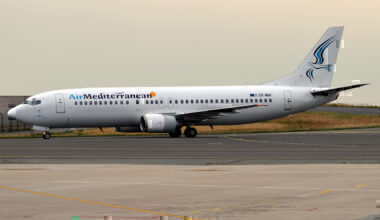 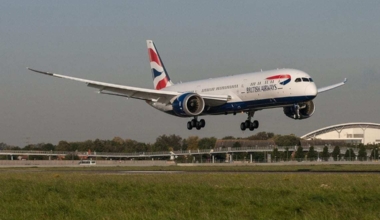