A Qatar Airways Boeing 787-8 has had to divert to Moscow on the way to Oslo, thanks to an unexpected engine shutdown.

Qatar flight QR-179 was en route between Doha, Qatar, and Oslo, Norway on the 30th of December when the aircraft’s right-hand GEnx engine suffered a prompt shutdown, according to the Aviation Herald.

As the aircraft was around 180 nautical miles west of Moscow, the pilots decided to divert to Moscow Domodedovo as a safety precaution. They flew on one engine and descended from 32,000 feet to land safely at the airport approximately 40 minutes after the situation occurred.

The Qatar aircraft was able to taxi to the terminal and disembark passengers after arriving (they did not have to wait in the snow unlike those poor passengers in Halifax).

A replacement Boeing 787-8 was flown out to meet passengers in Moscow in around 12 hours. It is not mentioned if the passengers got a hotel, but as it was a morning flight (arriving in Moscow at 7:20 AM local time) it is likely they did not need it.

The passengers arrived at Oslo later that same evening.

As for the aircraft with the troubled engine, it sat on the ground until maintenance crews could get around to fixing the engine on January 3rd. As this was over New Years, we can’t blame them for taking a long time (although it could have been due to the nature of the engine problem, it is not clear at this stage).

Overall it took 101 hours (four days and five hours) to get the aircraft back in the air, and then another day to get the Boeing 787-8 back into Doha to resume its scheduled service.

Simple Flying reached out to Qatar about this issue:

“Qatar Airways can confirm that on 30 December 2019 flight QR179 from Doha to Oslo diverted to Moscow and landed safely due to technical reasons. Qatar Airways made the necessary arrangements to ensure that all passengers reached Oslo with minimal disruption. The safety of our passengers and crew is our utmost priority. We apologize for the inconvenience caused.”

Whilst it is a bit disappointing that these passengers had to hang around Moscow airport for 12 hours, it is preferred to the airline being reckless and pushing onwards on a single-engine. Additionally, its pretty good that Qatar was able to send a replacement aircraft (with the same level of service no less) in only 12 hours.

Qatar configures it’s Boeing 787-8 with two classes with 254 seats onboard. It has 22 business class lie-flat seats with an amazing 80 inches of legroom in a 1-2-1 configuration, and 232 economy seats with a much less amazing 31 inches in a 3-3-3 configuration.

We have a full review of the Qatar Boeing 787-8 business class here. 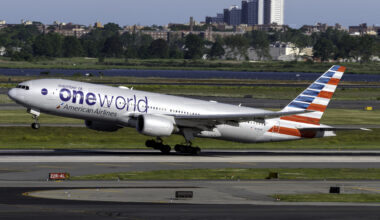 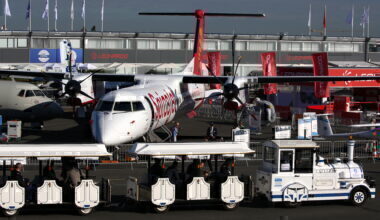