In this article, we’ll cover the roughly 60-hour journey from Kuwait to Vancouver, via Doha and Montreal from April 19th to April 21st. The focus of this will be on how the flight experience has changed because of COVID-19. This piece will be image-intensive.

Kuwait was one of the first countries to completely shut down regular passenger air travel. Officially enacted on March 13th, with 48 hours notice, some airlines canceled flights earlier. This left me stuck in Kuwait with the option of several expensive repatriation offers. It was about mid-April that Kuwait relaxed its policy so that more airlines could fly foreigners out, driving down the price.

Here are the details of my itinerary:

Arriving at Kuwait’s International Airport, everyone entering the building had to have their temperature checked. As my ride pulled up to the terminal entrance, I was the only person outside. Inside, there couldn’t have been more than 50 people spread out over the landside area.

Check-in and baggage drop-off was painless as there were only about 4-5 other people around me. My big suitcase (my entire life in a box), weighed 25kg. At 2kg over the limit, the agent checked with her manager and kindly let it through without any extra fees.

Passengers of this flight were funneled into a waiting area where airport staff in hazmat suits distributed complimentary snack boxes as all lounges and restaurants in the terminal were closed.

The flight to Doha on an A350-1000 was quick. Such few passengers meant that everyone could at least have a seat in between each other. With only 50 minutes of flight time, we were served a hot snack and beverage.

Transiting in Doha was a strange but pleasant experience. The massive terminal was relatively empty and quiet, leaving two or three people to fill large open atrium areas.

With my Priority Pass, I headed to the Al Maha lounge, which was technically open but practically closed. The front desk agent checked me in, gave me a voucher, and sent me over to the Mourjan lounge. This lounge is nothing short of amazing. The size, design, food, and service were all fantastic. An army of waiters was eager to help with everything.

While I didn’t take advantage of the shower facility, I did get a decent night’s rest at the lounge’s “quiet area” – or nap room.

Flying from Doha to Montreal

The next morning I headed to the gate to board the flight to Montreal. This flight was considerably more full than the previous leg. I would say 70-80% capacity. Thankfully there was no one sitting in the middle seat of my section.

This flight was great with the airline’s provision of the following:

The flight offered one free hour of fast Wi-Fi (per device). Surprisingly, a Wi-Fi pass for the entire 13.5-hour flight could be purchased for an extremely affordable US$10. This is probably the best deal I’ve seen yet. The IFE was top-notch as it was a large, responsive screen with plenty of entertainment options. And probably my favorite feature of the A350 is the three onboard cameras available for our viewing pleasure.

Arrival and transit in Montreal

Lining up to step off the aircraft, everyone was asked to have their documents in-hand as they were checked right at the door of the aircraft. Walking further to the end of the jet-bridge was another document check by Canadian Border Services officials. They asked a few health questions and provided everyone with some informational papers. In addition to the standard landing card (done via touchscreen), passengers had to complete a health questionnaire/declaration.

The Canadian border guard I encountered was fairly rude and unfriendly and couldn’t seem to get her mind around the fact that I would be dealing with BC health officials upon arrival in Vancouver. Instead, she made an attempt to send me to a facility within the airport… but when no one was in the office she gave up and let me proceed. This agent was the first of several in Montreal I had to talk to for various things. All came across as cold and unfriendly. Not a great way to return home after being abroad for a few months. I think UK and Dutch border services have been the friendliest in all of my experiences.

No matter who you are or what your onward travel is, all connecting passengers have to collect their baggage. With 17 hours remaining in my layover, I was forced to go landside. In fact, no one is allowed to stay airside overnight. I opted to find a semi-comfortable place to plant myself for the duration of my layover rather than pay for a US$200 night at the Marriott Airport hotel. Cheaper options listed 1-2km away were not picking up their phones – these may have actually shut down due to the reduced demand.

Flying from Montreal to Vancouver

Checking-in for the next flight at 05:30, the Air Canada agent started by asking a few mandated health questions about personal wellness before proceeding.

The agent was not as lenient as the one for Qatar Airways. My excess 2kg issue had to be rectified (even if I was allowed 2x 23kg pieces). One attempt to lighten the load resulted in a 1kg reduction… still, this wasn’t enough for her. I eventually got it down to 22.5kg. However, with my flight at 30% full, and every traveler being in an undesirable situation, I don’t know why there couldn’t have been a little bit of leniency extended.

All lounges in the terminal were closed and only a handful of shops were open for food.

Upon boarding the flight from Montreal to Vancouver, it was made clear that everyone had to wear a face mask for the entire journey. We were also told that because of health precautions, we would only be given a bottle of water and headphones. A completely different experience from Qatar Airways. I’m not completely convinced…

Many passengers on this flight were able to find a whole middle row for themselves to sleep the flight away. The IFE system is small and dated but at least provides 1 full electrical outlet for every other seat and a USB outlet for all seats. There is no inflight Wi-Fi available.

The experience between Qatar Airways/Doha Airport is like night and day with Air Canada and Montreal Airport. The former was much friendlier and offered a much more comprehensive service with every aspect of the travel experience. Montreal Airport and Air Canada are just awful in comparison. I am, however, curious if Air Canada’s inflight precautions (bottled water only) will pay-off. Or if it was just an excuse to cut back. I also wonder about Doha and Montreal’s respective decisions to open/close lounges and their effectiveness.

I know COVID-19 precautions had a lot to do with the differing levels of service, but this whole ordeal is a reminder for me of how lacking North American airlines and airports stand in comparison with the rest of the world. Despite really loving their new livery, I really hope it’s a long time before I have to fly with Air Canada again.

Since arriving at my final destination in Vancouver, I’ve been called twice by provincial health officials. They were making sure I was still in good health and that I had everything I needed to self-isolate. I also suspect they are making sure we (all travelers) are staying put and not outside in public, against official orders. 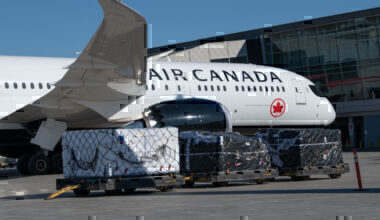 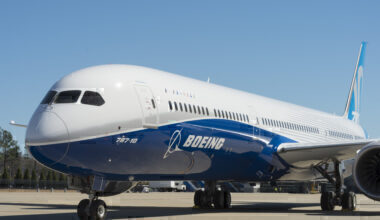 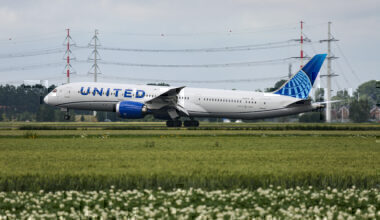 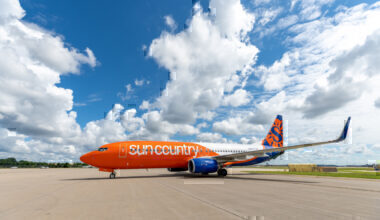