A little piece of aviation history was made on Monday morning. Rex’s first Boeing 737-800 pushed back at Melbourne’s Tullamarine Airport with a load of fare-paying passengers. Many people will be shaking their heads over Rex pulling this off. But the regional airline has defied the naysayers and is moving into the big league.

On Monday morning, ZL18 departed Melbourne for the 90 minute run up to Sydney. The flight was operated by VH-RQC. That’s a former Virgin Australia 737-800, known there as VH-VOP Indian Head.

Writing in The Sydney Morning Herald today, Patrick Hatch says the pilots were Brett Brown and John Veitch. There’s a nice bit of symmetry in them operating the flight. They both started their flying careers at Hazelton Airlines. Hazelton went on to become Rex. Both pilots went on to fly for Ansett Australia and Virgin Australia. Both lost their jobs when Virgin Australia shed its employee numbers by 3,000 last year. Understandably, they are pretty chuffed about being back in the air.

Rex’s entry onto Australia’s number one airline route (and typically one of the world’s busiest) has set off a good old-fashioned price war. That’s good news for passengers but not so great for the airlines. In addition to Rex, Qantas, Virgin Australia, and Jetstar all jet back and forth between Sydney and Melbourne.

New routes added by the end of March

Rex was planning to head up to Brisbane soon. Instead, the airline said on Monday that the Gold Coast and Adelaide would get added to the schedules before Brisbane. As Rex adds more planes to its Boeing 737 fleet, these new routes will be up and running by Easter.

From March 31, Rex will fly twice daily returns between Adelaide and Melbourne. That’s a rather neat move given Rex has extensive regional services operating from both airports. In addition, the airline has lounges in both airports.

Again, it’s a rather clever move. The route between Sydney and the Gold Coast is typically Australia’s fourth busiest. This writer flew the sector last week and the Airbus A320 was packed to the rafters. There are plenty of airline brand-agnostic price-sensitive leisure travelers who are happy to pop up north for a weekend away. Rex is positioning nicely to grab a slice of that pie.

In the meantime, Rex is keen to bed down its new services between Sydney and Melbourne. Unlike others who have tried and failed to make a go of jet services on Australia’s busy trunk routes (think OzJet, Compass I and II, Impulse, and Tigerair), here’s hoping Rex is here to stay.

What do you think Rex’s chances are making their 737-800 services work? Post a comment and let us know. 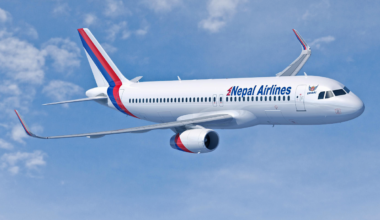