Rolls-Royce has completed the first engine run on its new engine testbed, named Testbed 80. The facility represents a £90 million investment and has been under construction for almost three years.

Engines must undergo rigorous testing before they are placed onto aircraft to ensure they’re not likely to fail. While some testing involves strapping an engine to a 747, other testing takes place on the ground. As engines get bigger and bigger, the facilities they’re tested in need to increase in size. As such, Rolls-Royce has been hard at work building the world’s largest testbed, and now it’s ready for use.

Rolls-Royce’s new engine testing facility isn’t just the world’s largest engine testbed. It is also incredibly technically advanced. According to Rolls-Royce, the testbed is capable of collecting 10,000 different parameters from the engine being tested. These variables can be recorded at up to 200,000 samples per second. Up to 1.3 billion pieces of data can be recovered per minute.

However, the testbed also hosts a powerful x-ray machine capable of capturing 30 images of the engine’s insides each second. These are then sent directly to the cloud so that engineers worldwide can analyze the pictures alongside the data. Rolls-Royce is the only engine manufacturer that x-rays engines that are running.

The testbed is designed to test Rolls-Royce’s current range of engines. However, the manufacturer has also planned it with the future in mind. As such, Testbed 80 will be used to test the manufacturer’s new UltraFan demonstrator. The testbed can hold an engine up to 155klbf of thrust. Rolls-Royce points out that such an engine would have enough power to launch a Boeing 747 as a single-engine.

While the facility is yet to open for general testing, Rolls-Royce yesterday operated its first test run of the testbed. While the testbed will one day hold the UltraFan demonstrator, yesterday, it played host to the slightly smaller Trent XWB-97. This is used to power the Airbus A350-1000.

“Today is an important landmark in our journey towards a more sustainable future for aerospace and aviation. Testbed 80 will not only test engines such as the Trent XWB – the world’s most efficient aero-engine in service – but also the engines and propulsion systems of the future, which will see us take another step towards decarbonisation. It’s great that the first engine test has been a success and we are looking forward to the official opening of the facility in the coming months.”

What do you think of Testbed 80? Let us know your thoughts in the comments! 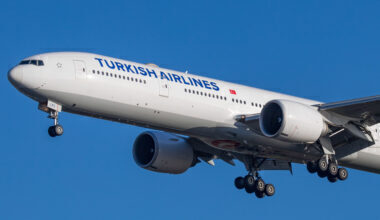 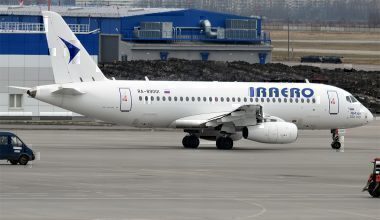 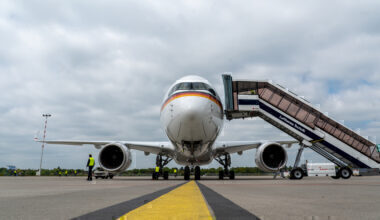 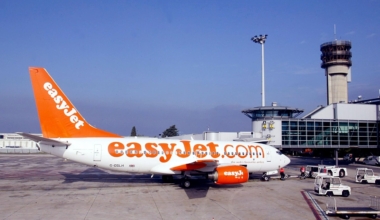