How Are Runways Named?

Airport runways are named with numbers, but these figures are not given sequentially. It is all to do with orientation, and in the field of aviation, this is a critical factor.

Altogether, all runways are numbered based on the magnetic azimuth (compass bearing) in which it is is oriented. Each one is given a number that is between 01 and 36. There are 360 degrees on a compass rose. Therefore, the numbers are determined by rounding the compass bearing of one runway end to the nearest 10 degrees.

However, Stantec highlights the last digit is dropped while each individual number is pronounced. For instance, a compass heading of 250 degrees would read 25 and would be spoken out loud as two five.

Moreover, to simplify the process, aviation bodies such as the Federal Aviation Administration rounds headings to the nearest ten. Therefore, if a heading is 337 degrees, it’ll be named runway three four.

Runways are also aligned primarily to make the most out of winds as they can assist with takeoffs and landings. Therefore, many large airports have an array of configurations to take advantage of seasonal wind changes.

Nonetheless, some hubs are far busier than others. Subsequently, there are instances where naming conventions are taken to another level. For example, Presidential Aviation shares that airports with two parallel runways going in the same direction are designated as the left or right runway. These are marked with L and R. So, Runway 25 would be titled as 25L or 25R.

Additionally, even busier hubs often have four runways that are parallel, such as Los Angeles International Airport and Hartsfield–Jackson Atlanta International Airport. In these circumstances, the number for some of the names is shifted by ten degrees. So there would be a difference of a single digit.

Dallas-Fort Worth has five runways with the same heading. The east side’s runways are designated with L, R, C. Meanwhile, the west side’s have been increased by 10 degrees while using the designations of L and R.

Above all, every single public and military field across the globe should have runway designations permanently painted at the end of each runway. Furthermore, since English is aviation’s universal language, runways are displayed by the same numeric system.

So, if a flight is departing on Runway 36, the hub doesn’t have a whopping amount of 36 runways. This number is just based on orientation.

What are your thoughts about how airport runways are named? Do you think that this is the best method for airports? Let us know what you think of the process in the comment section. 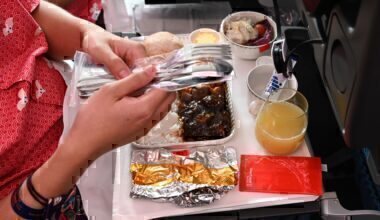 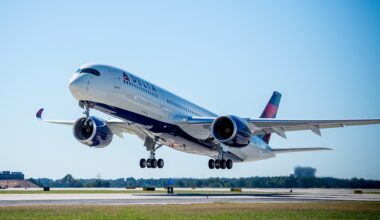