Despite the 737 MAX still some time away from being re-certified as safe to fly, Irish low cost carrier Ryanair apparently want to buy more of the type. In an interview with CNBC, CEO Michael O’Leary says his airline will be ‘at the front of the queue’ for more of the aircraft once it returns to service.

Just days after effusing his support for the return of the 737 MAX, Ryanair CEO Michael O’Leary has put his money where his mouth is. Reporting by Flight Global suggests that Ryanair are poised to place an additional order for the jet once it returns to service.

Reports suggest they are already discussing further orders with Boeing, with O’Leary quoted as saying,

“Boeing don’t have the headspace at the moment to talk about future growth. We do. Ryanair will certainly be at the front of the queue once the Max is back flying about the next order because we want to demonstrate our confidence in Boeing.”

Ryanair are famously one of the most loyal Boeing airlines, operating a fleet of 431 737NGs. They currently have firm orders in with Boeing for 135 MAXs, and a further 75 options for the future.

The Irish low cost carrier should have received its first 737 MAX 8, a special 200 seater variant, last month. However, deliveries have been suspended until such time as the aircraft is re-certified and returned to service.

O’Leary is clearly feeling positive about the 737 MAX. In many ways, he needs to be, because his airline’s entire future strategy hinges on getting it back into service. He’s already said that he believes it will return to the skies, at least in the US, by June or July, with Europe getting it approved around a month later.

Speaking to CNBC TV, O’Leary is quoted as saying,

“We’re having a discussion with Boeing. I think they will have to sensibly approach the losses, the million passengers we’ve lost this year. I’m always much more interested in the cost of aircraft…I don’t need cash compensation. I’d like to see some movement from Boeing on the pricing of aircraft and on future orders.”

It’s interesting to read simultaneously that Ryanair want to buy more 737 MAXs and also that they are seeking compensation for the grounding. Particularly in light of other news shared today.

Did Boeing make a deal with Ryanair?

It was reported today in the Irish Independent that a deal has been struck between Ryanair and Boeing worth ‘hundreds of millions of euro’, in compensation for the losses incurred from the grounding of the MAX. The source reported that the agreement involves money already owed to Boeing by Ryanair, presumably the outstanding payments on the aircraft they have on order.

The grounding, along with Brexit and competition strains, have been blamed by Ryanair for their posting of their lowest profits in four years. Profits fell by 29% to €1.02bn in the year ending March 31st, 2019.

If Boeing have indeed struck a deal for compensation with Ryanair, it’s going to put them under immense pressure to work something out for other affected airlines. Norwegian, for one, have already been calling for compensation, not to mention Chinese carriers who were among the first to take the plane out of service.

Aviation Online reported that Boeing CEO Dennis Muilenburg was meeting with Turkish Airlines chairman Ilker Ayci today, to discuss compensation for the grounding of their 12 737 MAX aircraft. Numerous other operators, not least Southwest Airlines, the largest operator of the type, will undoubtedly be wanting their piece of the pie if Boeing starts agreeing to pay out. 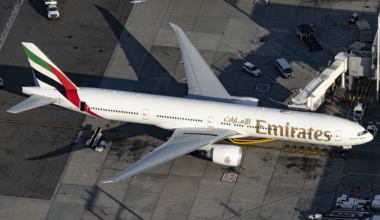 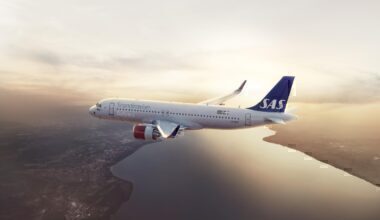