Ryanair has announced that it will further slow down its growth plans for next year due to the Boeing 737 MAX delays. The Irish carrier will close its bases in Nuremberg and Skavsta due to the postponements.

According to a press release sent to Simple Flying, the airline has informed investors of delays of its planned summer 2020 growth. This is based on Ryanair receiving just 10 MAXs rather than the 20 that it previously hoped for. Subsequently, its expected traffic growth for the financial year ending March 21, 2021 has been reduced to 156 million passengers.

This is down from the 157 million guests that it previously estimated. As a result, this has meant that Ryanair has had to close two more of its Germany and Sweden bases. Additionally, the company expects to cut its summer capacity in several other existing bases.

Ryanair DAC CEO Eddie Wilson spoke about the impact the MAX aircraft delays have had on his firm. While Ryanair plans these closures, it is discussing the impact with its network. He said,

“We regret these two further base closures and minor capacity cuts at other bases which are solely due to further delivery delays to our Boeing MAX aircraft. We are continuing to work with Boeing, our people, our unions and our affected airports to minimise these capacity cuts and job losses”.

The reduction to 10 MAX aircraft from 20 follows a previous cut from 58. The airline had only announced the previous reduction a month ago. The airline had also reduced its growth targets to 157 million from 162 million. Now it has had to play down its expectations even further. The carrier previously also had to close four of its Spanish bases due to the delays.

Despite these cuts, Ryanair has been hopeful about the eventual benefits that it could receive from operating the MAX aircraft.

The airline said that it is confident that the planes will transform its cost base for the next decade. The airline’s version of the 737 MAX 8 will have a customized configuration that will give it greater density. It is being dubbed as the 737-8-200 and will seat as up to 200 passengers. However, Ryanair indicates that it will offer 197 on its services.

The aircraft will have 4 percent more seats while burning 16 perfect less fuel, enabling it to be dubbed a “gamechanger” by Ryanair.

Simple Flying reached out to Ryanair for comment on the 737 MAX delays and the base closures but didn’t hear back prior to publication. We will update the article with any further information. 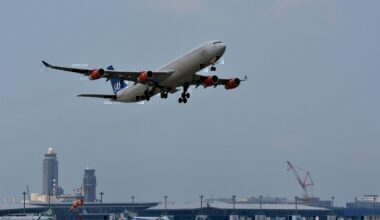 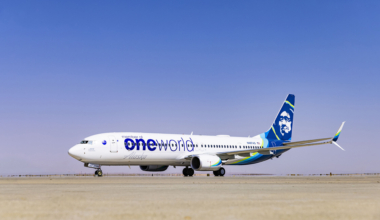