A Boeing 737 loyalist, Ryanair hinted the 737 MAX 10 variant could be on the cards for the low-cost carrier. However, recent reports suggest that Ryanair is not entirely satisfied with the pricing of the MAX 10 as proposed by Boeing. Let’s find out more.

Order in the doldrums

With a firm order of 210 Boeing 737 MAX 8-200 aircraft, Ryanair was keen to further expand its fleet by a potential order of MAX 10. However, it is now being reported that the Ireland-based carrier is not entirely happy with the asking price by Boeing.

At a recent press briefing in London, Ryanair CEO Michael O’Leary hinted that the deal might not go through this year at all. He said, “I would be hopeful that agreement might be reached in 2022. I mean the rate and pace of negotiation depends on Boeing.”

However, O’Leary appeared quite flexible in assessing the situation and added that if the price was right, Ryanair could be looking to close another huge deal with Boeing. He said, “In an ideal world… if we can agree on pricing, I would certainly like to see Ryanair continue to grow and expand at the rate of about 50 aircraft a year. So, over a four or five-year period we should be looking at 200-250 aircraft.”

Plenty at stake for Boeing

The last few years haven’t exactly been the best for Boeing. First, the US-based aircraft manufacturer received bad press for production delays of the Dreamliner and its lithium-ion battery issues. Then came the two devastating fatal crashes of the Boeing 737 MAX aircraft within months of each other, putting the focus back on Boeing’s commitment to safety.

As carriers worldwide are warming up to the MAX series again, O’Leary, too, stands by the MAX series, calling them “remarkably popular.”

Ryanair, in particular, is a huge pillar of strength for Boeing. Most European low-cost carriers, including easyJet and Wizz Air, have shown their preference for the Airbus A320 family, with Jet2 recently placing an order for 36 A321neo aircraft.

Boeing cannot afford to upset one of its largest 737 customers in Europe. O’Leary, too, believes that the scales are tipped in his favor. At the press conference in London, he said, “At the moment, I think the balance lies in favour of us because Boeing have recorded remarkably few orders for the aircraft, and they need a couple of large MAX 10 orders.”

Ryanair is looking forward to a busy autumn, expecting to fly more passengers than in summer. So far, the carrier has received 12 MAX aircraft, with O’Leary labeling the type a “gamechanger” for its better aerodynamic design and fuel efficiency. He’s also glad that despite the skepticism surrounding the safety of the airplane, no customer has canceled a booking in the four months that it’s been in service.

If the deal goes through, Ryanair could take the MAX 10 in standard configuration and deploy it on popular summer routes such as Faro, Malaga, and Palm de Mallorca.

Have you flown in any of the MAX received by Ryanair? How hopeful are you about the carrier signing the deal with Boeing for the 737 MAX 10? Please share your comments. 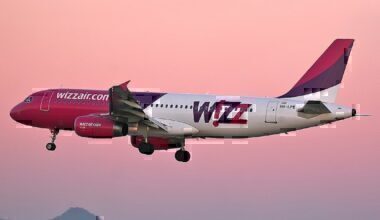 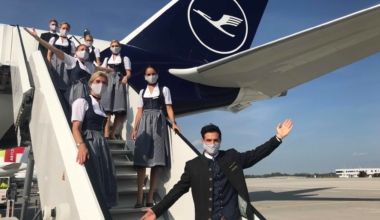 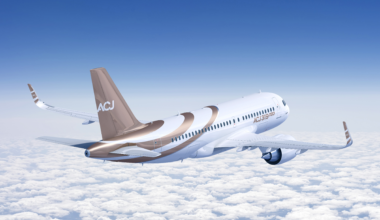 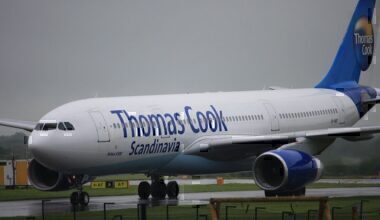