Last week Ryanair took delivery of its first two of 210 Boeing 737 MAX aircraft. The two aircraft came in the well-known blue and yellow Ryanair livery. This will soon change with aircraft expected to be delivered to the carrier in three different liveries. Let’s find out why!

Many assume that Ryanair is a single airline, and this is true to an extent. An Irish airline called Ryanair exists with 253 Boeing 737-800 aircraft, according to data from ch-aviation.com. When most people think of Ryanair, few think of the Ryanair Group, a group of five airlines, including the previously mentioned Ryanair. Across the entire Ryanair Group, there are 449 aircraft, excluding recent MAX deliveries

Out of the five Ryanair Group airlines, four liveries exist. As things stand, only two of these liveries are active due to the history of the Ryanair Group. The airline’s Lauda subsidiary has 29 Airbus A320 aircraft in the Lauda livery. Other than this, the remainder of the 449 aircraft operational in the Ryanair Group all wear the traditional Ryanair livery.

Buzz (originally Ryanair Sun) and Malta Air were both created as offcuts of the main Ryanair brand instead of brand new airlines started from scratch. As a result, the airlines took aircraft straight from Ryanair.

Due to the low-cost model of the Ryanair Group, unnecessary expenses are avoided. Repainting hundreds of Boeing 737 aircraft that fly perfectly well in the current Ryanair livery seemed like a waste of money. As such, if you board a Ryanair flight operated by Malta Air, the only clue that Malta Air is operating the flight are small stickers here and there.

With the delivery of new aircraft, Ryanair was dealt the perfect opportunity to actually roll out its new airline liveries. When an aircraft is built, it needs to be painted. As far as Boeing is concerned, it makes no difference if they paint an aircraft red and white or yellow and blue. As such, Ryanair is now able to roll out its new livery without any extra costs associated.

Ryanair has faced countless delays with the Boeing 737 MAX program. As a result, it will only take delivery of 12 aircraft this year. Of these, six will wear the well-known Ryanair livery. The remaining six will be the first to wear the new Malta Air livery. It’s not clear how the 210 strong order will be distributed throughout the airline.

Aircraft in the Buzz livery are seemingly ready to be delivered, but it is not entirely clear exactly when the first of these will arrive in Europe. We do know that Ryanair intends to take delivery of another 50 aircraft before summer 2022. Some of these will almost certainly sport the Buzz livery.

A gamechanger for Ryanair?

According to Ryanair, the Boeing 737 MAX is set to be a gamechanger for the low-cost carrier. The airline has managed to fit 197 seats into the aircraft with the help of an extra set of emergency exits. This will allow the airline to become more efficient, both in terms of economics and the environment.

The aircraft uses less fuel as a result of its enhanced aerodynamics. This means that operating costs are lower, as are emissions. By also carrying more passengers, the airline can increase profits, while the already lower emissions are split between even more heads.

Which of the three liveries are you most excited to see flying about in the skies? Let us know what you think and why in the comments below! 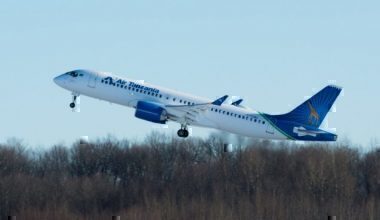 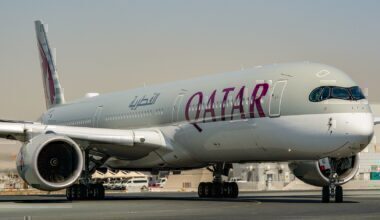 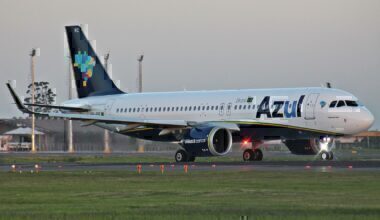 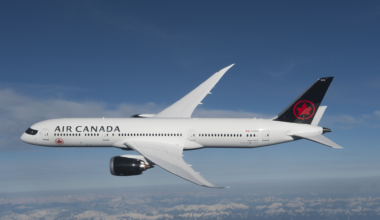 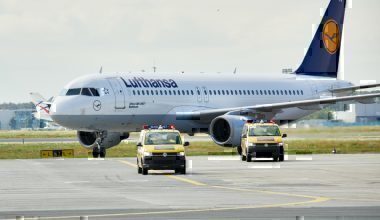