European low-cost giant Ryanair has opened a new crew training center. Located at its Dublin home, the center has been funded by €50 million ($59 million) in Ryanair investments. It will complement its other training facilities, such as London Stansted Airport, the airline’s most significant base.

As Ryanair emerges from the pandemic, it is looking to do so in a big way. Simple Flying previously reported that the airline had already surpassed its winter traffic levels during a typical non-COVID year. Additionally, Ryanair revealed it was to create many new flight-based jobs, but it will need somewhere to train all of these staff.

Ryanair has opened a new training center for pilots and cabin crew not far from its home at Dublin Airport. The training facility contains one full motion and one static simulator for the Boeing 737 MAX. Interestingly, it includes two full-motion A320 simulators, along with a third static A320 simulator. While Ryanair’s Lauda Europe subsidiary operates the A320 family, such aircraft only make up six percent of the fleet.

Or course, the facility isn’t just for pilots. The cabin crew will also receive training here. The center contains training equipment especially for this demographic of staff. These include a cabin fire training facility and an emergency evacuation device. When staff aren’t undergoing practical training, they can complete theory in 15 large classrooms and five pilot briefing rooms.

Why does Ryanair need the facility?

Ryanair won’t actually run the facility, but rather it will be operated by Airline Flight Academy. As the airline looks to bounce back from the pandemic strong, it is embarking on a vast expansion. Firstly, the airline has just started taking delivery of 210 new Boeing 737 MAX aircraft, which will allow it to replace older aircraft and expand its fleet. It was recently revealed that it wouldn’t take any of the larger Boeing 737 MAX.

To cope with the increasing fleet, the airline also needs more employees. Specifically, over the next five years, Ryanair anticipates that it will hire and train over 5,000 new colleagues, including pilots, cabin crew, engineers, and ground handling staff. These jobs will be required to operate the MAX fleet.

With the more extensive fleet and increased employee numbers, the airline will naturally have higher costs. However, this also means that it can operate more flights, carry more passengers, and thus generate more money. Ryanair hopes to grow its passenger traffic to 200 million customers a year by 2025.

“We have invested over €50m in this state-of-the-art Training Centre… Ryanair will create over 5,000 new jobs thanks to the expansion of our Boeing 737 fleet, with 210 MAX Gamechangers to be delivered over the next 5 years which will enable Ryanair to grow to carry 200m passengers p.a. by 2025.”

What do you make of Ryanair’s new facility? Let us know what you think and why in the comments! 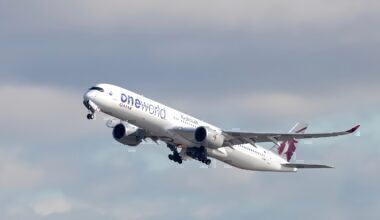 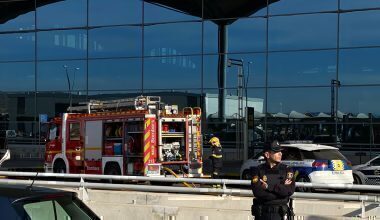 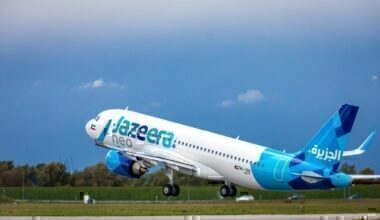