With a significant debt burden and smaller operation, easyJet’s approach to surviving COVID has been in stark contrast to its competitors Ryanair and Wizz. CEO of Ryanair, Michael O’Leary, believes that this will harm its ability to offer a true low-cost service in the future.

Will easyJet be able to maintain its status as a low-cost carrier?

The approach to surviving COVID has differed between airlines, with many pulling back from the market while a handful have looked to aggressively expand into the gaps created. easyJet falls into the former camp, and has relied on raising its level of debt to ensure its survival.

Coming out of the crisis with a huge debt burden and a smaller operation could damage the airline’s ability to maintain a low-cost base. Speaking at an interview for World Travel Market, CEO of Ryanair, Michael O’Leary, commented on the future of easyJet, saying,

“I’m not sure if we’ll be describing easyJet as a low-cost carrier in the future.”

O’Leary cites some of the decisions being made by easyJet right now as his reasons for this prediction. He notes that, while Ryanair and fellow low-cost Wizz are expanding rapidly, cashing in on every opportunity they can, easyJet is taking a more cautious approach to the pandemic. He noted,

“The balance sheet is getting destroyed. They’re under pressure from Stelios to shrink the fleet, which is not what you do coming out of a crisis where there’s opportunities to order more aircraft cheaply. You expand faster. But they’re doing a lot of sales and leasebacks at very distressed prices and high costs, so I think in time they’ll emerge out of this with a higher cost base.”

In its most recent earnings report, easyJet noted that it now has a net debt of £1.1 billion. That’s a huge rise over the level it had at the same time last year, of just £326 million. While its cash position is good, standing at £2.3 billion at the end of September, a quarterly cash burn rate of more than £700 million, which is expected to continue through the final quarter of the year, could see it eating through this capital at a rapid pace.

Much of the liquidity has been raised through sale and leaseback deals, or by acquisition of new debt. Recent stock market analysis puts easyJet’s debt to equity ratio at 1.45, a weak position when compared to Ryanair’s at 0.86.

A focus on more expensive airports

O’Leary’s assertion that easyJet will be unable to compete on a low-cost basis also comes from some decisions made about its future network. The carrier has recently closed bases at a number of typically cheaper airports, including Stansted and Southend, and has focused in on more centrally located airports in bigger cities.

The Ryanair boss believes that this will make it unable to compete with Ryanair on price, but that there will still be a niche for its model. He said,

“Given that they will shrink the business back to those core, high-cost airports – Gatwick, Paris, Berlin, Switzerland – it will still have a strong niche as a higher cost, higher fare, mid-level model. But as a competitor to Ryanair, I don’t think they would be in the neighbourhood.”

While easyJet’s cost base and debt burden will make it tricky to compete on price alone, the airline does have a loyal following and good customer feedback. The most recent estimates of its Net Promoter Score (NPS), which calculates how many of its customers would recommend it to a friend, suggest easyJet stands at around 23 (on a scale of -100 to +100) while Ryanair is a 2. Perhaps there is a role for easyJet to become a more ‘luxury’ low-cost carrier in future?

While O’Leary spoke warmly about the way Wizz is handling the crisis, he doesn’t think the airline has done enough to become a real competitor to Ryanair. He said,

“I still think they will emerge as the next best to Ryanair. But the gap between Wizz and easyJet’s cost base and Ryanair’s cost base will materially widen as a result of COVID-19 and the way we have managed our way through this crisis.

“[Wizz] are a well-run airline and they will certainly emerge out of the COVID crisis as the next best in Europe behind Ryanair. But, respectfully, a long way behind Ryanair, but probably with a lower cost base than easyJet.”

What do you make of O’Leary’s assessment of the low-cost market in Europe? On the money, or a way off? Let us know in the comments. 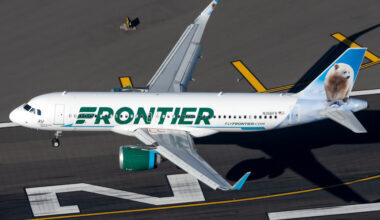 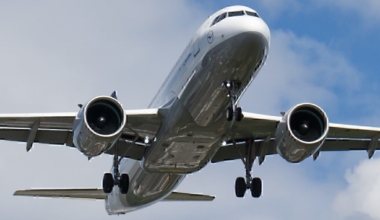 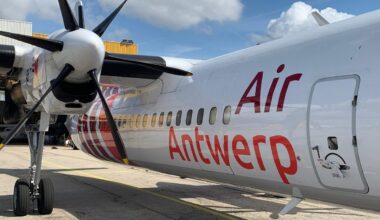 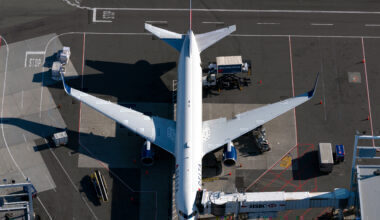 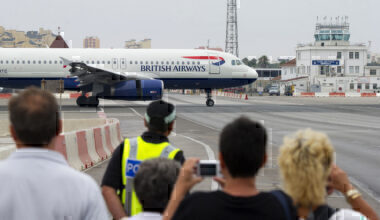