Ryanair is upping the number of flights it operates to Faro, Portugal. The move comes days after the United Kingdom removed a 14-day quarantine restriction on arrivals from the country. Last week Ryanair announced it would be cutting frequencies due to lower than expected demand.

European aviation is slowly recovering from what has become known as its worst crisis to date. However, the biggest threat to the industry’s recovery would be a second wave of COVID-19. This has seen many countries reimpose travel restrictions. However, the opposite has also been true when cases have come down.

The corridor between the United Kingdom and Faro was already an important one for Ryanair. Before tonight’s announcement, 75 weekly flights were scheduled on the routes. These routes operate from 12 different airports all the way from Bournemouth and Bristol to Edinburgh and Glasgow.

Airlines have been reasonably quick to react to the ever-evolving situation in Europe. For example, Finnair has been cutting frequencies, while easyJet upped its schedule in response to increased demand. Ryanair has clearly seen increased interest in Portugal since the UK removed it from its high-risk countries list.

In total, Ryanair is adding 14 weekly frequencies to Faro. This means a total of 89 weekly flights to the city, or around 13 flights per day. These additional flights will join the Ryanair schedule from September 11th and will last until October 24th. Ryanair is offering tickets for the flights from £19.99 ($22.13) one way until August 27th.

Commenting on the increase in frequencies, Ryanair’s Director of Marketing and Digital, Dara Brady said,

“Ryanair is thrilled to strengthen the connection between the UK and sunny Faro over the coming weeks… To celebrate the UK’s decision to place Portugal on its ‘safe list’ of countries UK travelers can visit, we have extended our seat sale on flights to Portugal in September and October.”

The UK’s guidelines on travel to high-risk countries are continually evolving, due to the ever-changing situation around the world. While Portugal was removed from the mandatory quarantine list at the weekend, several countries such as Austria and Croatia were added to the list.

Changes to the rules are being implemented with relatively little notice. When Spain was added to the list in late July, only a few hours notice were given for travelers to leave the country before quarantine was introduced.

However, with France, Austria, and Croatia, over 24 hours notice was given, which led to a rush for last minute flights. The inverse was true when Portugal was taken off the list, as passengers still had to wait over 24 hours for the rules to come into force.

What do you think of Ryanair’s Faro route ramp up? Let us know your thoughts in the comments! 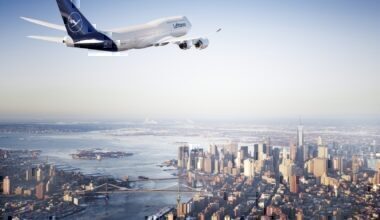 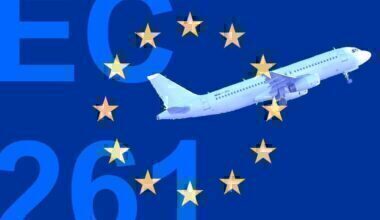