Ryanair Bans A Handful Of Refunded Travelers From Flying

Ryanair has banned several passengers from flying on the airline after those passengers successfully initiated chargebacks against the airline. The move has provoked a storm of outrage, with some accusing Ryanair of blackmail.

Ryanair kicks up a fuss over credit card chargebacks

UK consumer website MoneySavingExpert broke the story earlier this week. The report says Ryanair has blackballed a handful of passengers from the airline unless they return money received from the airline via chargebacks.

A chargeback is a process credit and debit card companies initiate when a good or service is paid for but not delivered. The cardholder makes a claim, the card company investigates, and if verified, debits the airline and credits the cardholder.

It is a common course of action against recalcitrant businesses who are happy to snap up the customer’s cash but reluctant to refund. Ryanair isn’t the only airline to complain about passengers receiving chargebacks lately.

According to MoneySavingExpert, several passengers took the UK’s Foreign, Commonwealth, and Development Office (FCDO) advice to avoid non-essential travel during the pandemic and did not fly on booked Ryanair flights.

I had problem with @Ryanair flight to Spain in March 2020 lockdown v1. Spain was shut to visitors. Did not fly but flight went ahead. Rfd system abysmal crashing every time. I used chargeback via card issuer. Never using @Ryanair again. Use @easyJet friends refunded easily. https://t.co/iFsvf0QzNk

Ryanair stands its ground over chargebacks

Ryanair isn’t big on refunds at the best of times. The airline’s terms and conditions say they do not refund customers who choose not to fly on flights that are still going ahead – irrespective of government travel advisories.

Airline passenger rights consultancy AirHelp ranked Ryanair the fourth-worst airline in the world in August when it came to looking after their passengers.

However, after some passengers successfully organized chargebacks, Ryanair hit back, preventing the passengers from checking in on later Ryanair flights until the passenger had returned the money previously received via the chargeback process.

In some cases, Ryanair issued the demand hours before the flights were to take place. According to MoneySavingExpert, Ryanair was claiming back amounts between £400 to £630.

Ryanair is defending the move. The problem seems to relate to flights not taken owing to FCDO advice, but Ryanair didn’t necessarily cancel the flights. The airline argues they did not violate the ticket’s terms and conditions.

“There is a tiny minority of passengers who purchased non-refundable tickets on Ryanair flights which operated as scheduled during COVID-19 but who chose not to travel and then processed chargebacks via their credit card company,” a Ryanair spokesperson said.

‘These few passengers will be required to settle their outstanding debt before they will be allowed to fly with Ryanair again.”

@Ryanair – BLACKMAILERS- got a chargeback from credit card for flights from Ryan last year. Booked flights for this Sat. Unable to check in unless I REPAY the monies awarded to me from my credit card company!! Wow.

That hasn’t stopped the airline from copping a storm of abuse on social media, including being accused of blackmail.

Ever since COVID-19 upended flying, airlines around the globe have canceled and delayed countless flights and left passengers stranded. Many also refuse or drag their heels on the matter of refunds. It isn’t a problem specific to Ryanair.

The problem for airlines, including Ryanair, is that while they’ve been fighting their own battles throughout the pandemic and many are under financial pressure, threatening passengers is lousy PR.

“Some may have sympathy for the airline given it incurred the costs of the original flights that went ahead that passengers chose not to take,” says MoneySavingExpert’s Guy Anker.

“However, it’s used up any sympathy by the way it’s treated holidaymakers afterward. The concern is this could happen again, so if you’ve made a chargeback against Ryanair then think twice before booking with it again.’

What’s your opinion of this? Is Ryanair in the right here? Post a comment and let us know. 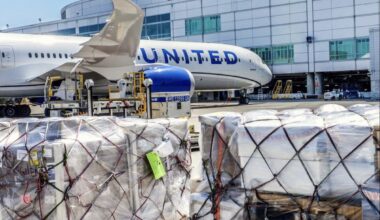 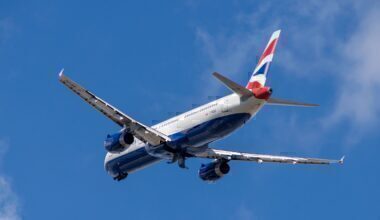 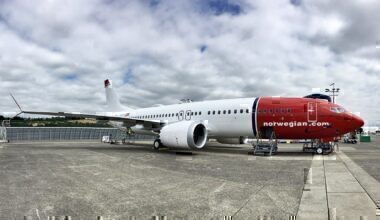