Ryanair Saves The Day When A Turtle Gets Stranded 3,000KM From Home

Earlier this month, Storm Lorenzo saw people sheltering from the wind and rain with weather warnings in place. The storm also displaced a Turtle who has come to be known as Mara. With Ryanair’s help, Mara will be flying back home on the 4th of November.

Ryanair likes it known that, as an airline, it takes the environment seriously. This has seen the airline release monthly CO2 stats and committing to eliminating non-recyclable plastics. However, proving that the small things matter just as much, Ryanair will be flying a lost turtle back to warmer climates in early November.

The story starts thanks to Storm Lorenzo. The National Hurricane Centre began to track Lorenzo on the 19th of October above Western Africa. The storm moved across the Atlantic, developing into a hurricane at one point. The record-breaking storm was so intense above the Atlantic, that the swells it caused were noticed in North America.

Unfortunately, the storm caused the displacement of many marine creatures including a loggerhead turtle. According to the Irish Mirror, the turtle was found on an Irish beach suffering from hypothermia due to the cold climate. Thankfully, the baby turtle was rushed to a vet who recognized her symptoms, and she was placed into warm water.

Getting ready to go home

Mara the turtle ended up in the care of the Oceanworld Aquarium in Dingle, Ireland. They are currently nursing Mara back to health. However, they weren’t sure how to repatriate her back to a warmer climate. This prompted an appeal for help directed at Ireland’s airlines.

Explaining the need to fly Mara to the Canary Islands, the Aquarium told us,

“The Irish navy has been fantastic in the past transporting any rescue Loggerheads we receive back down to the waters off of Gibraltar for us. However, she is so small (only 3kg) and the winter is setting in quickly so we feel it would be better for her if we could get her further south to the year-round warm waters of the Canaries.”

This is where Ryanair enters the story. The Irish low-cost carrier noticed Mara’s plight and has stepped in to help repatriate the turtle. Mara will be flown back to Gran Canaria on Monday the 4th of November. She, along with two members of staff from the aquarium, will depart from Cork Airport, a two and a half-hour drive from the aquarium.

The flight is scheduled to depart from Cork at 6 am, meaning that Mara and her team will have a very early start. However, FR7028 lasts 4-hours and 10-minutes, so they’ll be able to get a good nap onboard. The flight is then scheduled to touch down in Gran Canaria at 10:10 later that day.

Mara will be a very special passenger on our @CorkAirport to Gran Canaria flight on November 4th along with two members of the Oceanworld team – ensuring she’s returned to the warm waters she needs to survive 🙌 pic.twitter.com/HtNV1u3Vie

Ryanair is excited to be helping Mara to return home to a warmer climate. A spokesperson for the airline told us,

“We’re turtley looking forward to welcoming Mara onboard our flight from Cork to Gran Canaria, ‘shell’ be doing so on Europe’s greenest/cleanest and lowest fares airline.”

Meanwhile, the Oceanworld Aquarium told us,

“She will be traveling in the passenger cabin with two staff sponsored by the aquarium to ensure she has the most comfortable travel and swift transfer to the Turtle Hospital in Gran Canaria before being released into the warm Atlantic waters around the canaries.”

What do you make of Ryanair’s offer to repatriate Mara the turtle? Let us know your thoughts in the comments! 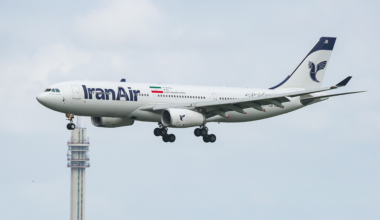 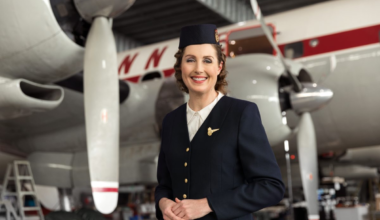 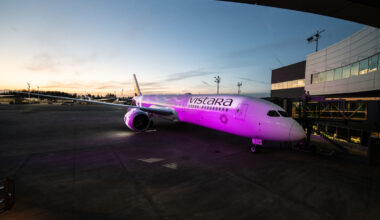