Which Operators Still Fly The Saab 2000?

The Saab 2000 was a larger development of the earlier Saab 340, with the Swedish manufacturer producing just 63 of these turboprops between 1992 and 1999. Next March will mark the 30th anniversary of the type’s first flight. With this milestone approaching, almost half of all Saab 2000s remain in service today. Let’s see where you can find them.

According to data from ch-aviation.com, there are presently 25 active examples of the Saab 2000 that are still flying today. These are spread across seven operators, of which the largest is none other than the Pakistan Air Force. This division of the country’s military currently operates seven standard Saab 2000s, as well as four modified Saab 2000 AEW&Cs.

The standard examples are 25.1 years old on average, and seat 50 occupants in a three-abreast configuration. They previously flew for the likes of Braathens Regional Airways, Carpatair, Hop, and Swiss, before joining the Pakistan Air Force between 2008 and 2018.

Meanwhile, the Pakistan Air Force’s four (plus one inactive example) active Saab 2000 AEW&Cs (Airborne Early Warning & Control) play a rather different role. Instead of transporting people, they sport Erieye radar systems, which protrude above the fuselage as seen in the photograph below. Pakistan acquired them between 2009 and 2020.

Closer to home, you can also find several active examples of the Saab 2000 in the manufacturer’s Swedish homeland. Two of these belong to Lipican Aer, although they fly for Air Leap on a wet lease/ACMI basis. Registered as SE-KXK and SE-LOM, they are 26.74 and 25.64 years old respectively, and both started their careers at Swiss.

Meanwhile, Saab itself also still possesses two of these turboprops. They continue to play an important role at Saab, with ch-aviation noting that they operate its staff shuttle. Registered as SE-LRA and SE-LTV, data from RadarBox.com shows that they primarily fly within Sweden on such business. They also sometimes serve foreign cities such as Copenhagen.

Of course, Saab 2000 operators aren’t just limited to Pakistan and Sweden. Indeed, elsewhere in Europe, Estonian carrier NyxAir also counts four examples of the type among its fleet. Once again, these turboprops seat 50 passengers in a 2-1 configuration, and are 25.4 years old on average. Two of these are currently on lease to Air Leap and HelloFly.

Meanwhile, over in the US, Freight Runners Express operates a single 28.1-year-old ex-Swiss Saab 2000 registered as N508FR. On a larger scale, the US is also home to a three-aircraft Saab 2000 fleet, which you can find at Texan carrier Meregrass Air Charter. At present, two of these turboprops are flying on lease for Wildcat Touring.

Finally, there is also another military operator of the Saab 2000. Also located in Asia, the Royal Saudi Air Force flies two Saab 2000 AEW&C aircraft for radar purposes. Both of these 24-year-old turboprops began their careers at Italy’s Med Airlines.

Are you a fan of the Saab 2000? What are your memories of traveling on this aircraft? Let us know your thoughts and experiences in the comments! 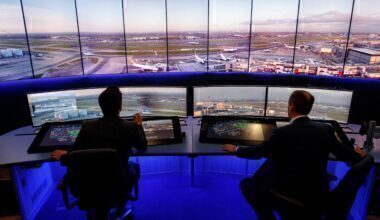 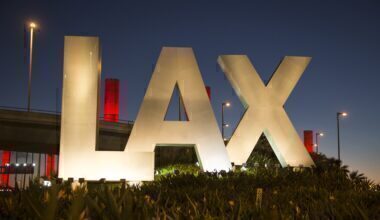 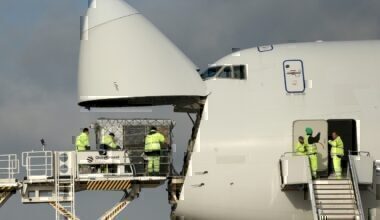 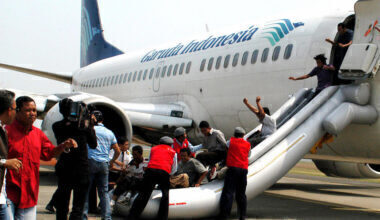 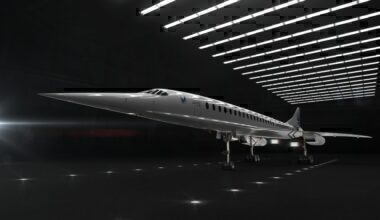 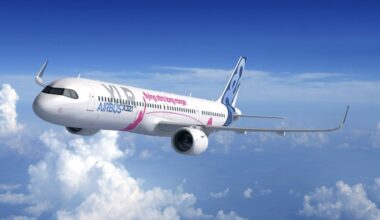