What Happened To Sabena’s Airbus A330s?

Today, Belgian commercial aviation is dominated by its flag carrier, Brussels Airlines. However, for almost 80 years, the country’s national airline went by the name of Sabena. This carrier flew from 1923 to 2001, and its final years saw the presence of 10 Airbus A330s in its fleet. But what happened to these aircraft after Sabena folded?

A brief history of Sabena

Sabena was founded in May 1923 under the full name Societé anonyme belge d’Exploitation de la Navigation aérienne. This translates as “Belgian Limited Company for the Exploitation of Aerial Navigation.” It expanded steadily throughout the 20th century, and even operated aircraft as large as the Boeing 747 on some of its long-haul routes to the likes of the US.

The 1990s saw the airline undergo a corporate rebranding with a new name (Sabena World Airlines) and livery. This era also saw various carriers try to merge with or buy stakes in the airline. The Belgian government blocked some of these attempts, and other airlines soon sold their stakes back. However, 1995 saw Sabena come under the management of Swissair, after the carrier purchased a 49% stake in the Belgian national airline.

Unfortunately, within six years, Sabena had ceased operations. The 9/11 attacks rocked the airline industry, particularly affecting transatlantic carriers. Swissair was unable to invest in Sabena due to its own financial problems, and the Belgian flag carrier entered liquidation on November 6th, 2001. It ceased operations the following day.

According to Planespotters.net, of the 10 Airbus A330s that Sabena operated in its final four years, six belonged to the smaller A330-200 variant. These aircraft arrived at the Belgian flag carrier between September 1998 and May 2000.

After Sabena’s collapse, VG Airlines began flying in May 2002 to fill the gap in the Belgian transatlantic market. Three of its A330-200s ended up there, although the carrier had also ceased operations by the end of the year.

They all went on to fly for Malaysia airlines, with one (OO-SFR) then transferring to Windrose Airlines before being broken up in St Athan in 2018. The other two (OO-SFQ and OO-SFS) have since moved to Aerolíneas Argentinas, although they are both currently in storage.

Of the remaining three A330-200s, OO-SFP has had the most simple post-Sabena life. It joined Air Greenland in August 2002, and remains active there today. OO-SFT and OO-SFU flew for Lufthansa and then Swiss after their time at Sabena. Today, the former flies for Virgin Atlantic, but has been in storage in Dresden, Germany since November. Meanwhile, the latter is in storage in Marana, Arizona under the ownership of leasing company Aircastle.

Of Sabena’s four larger A330-300s, three of them began flying for Belgium’s new flag carrier, SN Brussels Airlines, in 2002. All three were then transferred to the newly-formed Brussels Airlines in March 2007. Sadly, two of these planes have since been broken up.

OO-SFO was the first to go, in Crestview, Florida in November 2019. OO-SFM then suffered the same fate at the same airport in January 2020. Meanwhile, OO-SFN has remained intact, although it has been in storage in Marana since November 2018. As such, it is probably that a similar fate is awaiting this 27-year-old aircraft in the near future.

This just leaves OO-SFX, which has had a whole host of post-Sabena operators. These include Air Luxor, Garuda Indonesia, Hi Fly, the Belgian Air Force, flynas, Saudi Arabian Airlines, I-Fly, and Hi Fly Malta. It was placed into storage in Castellón, Spain in November 2019, and its lease to Hi Fly Malta from Carlyle Aviation Partners ended in June 2020. It was broken up three months later, aged just over 25 years old.

Did you ever fly on one of Sabena’s Airbus A330s? If so, when did you do so, and where did your journey take you? Let us know your thoughts and experiences in the comments. 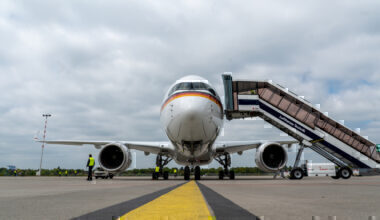 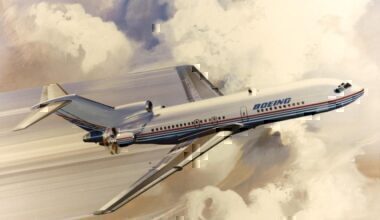